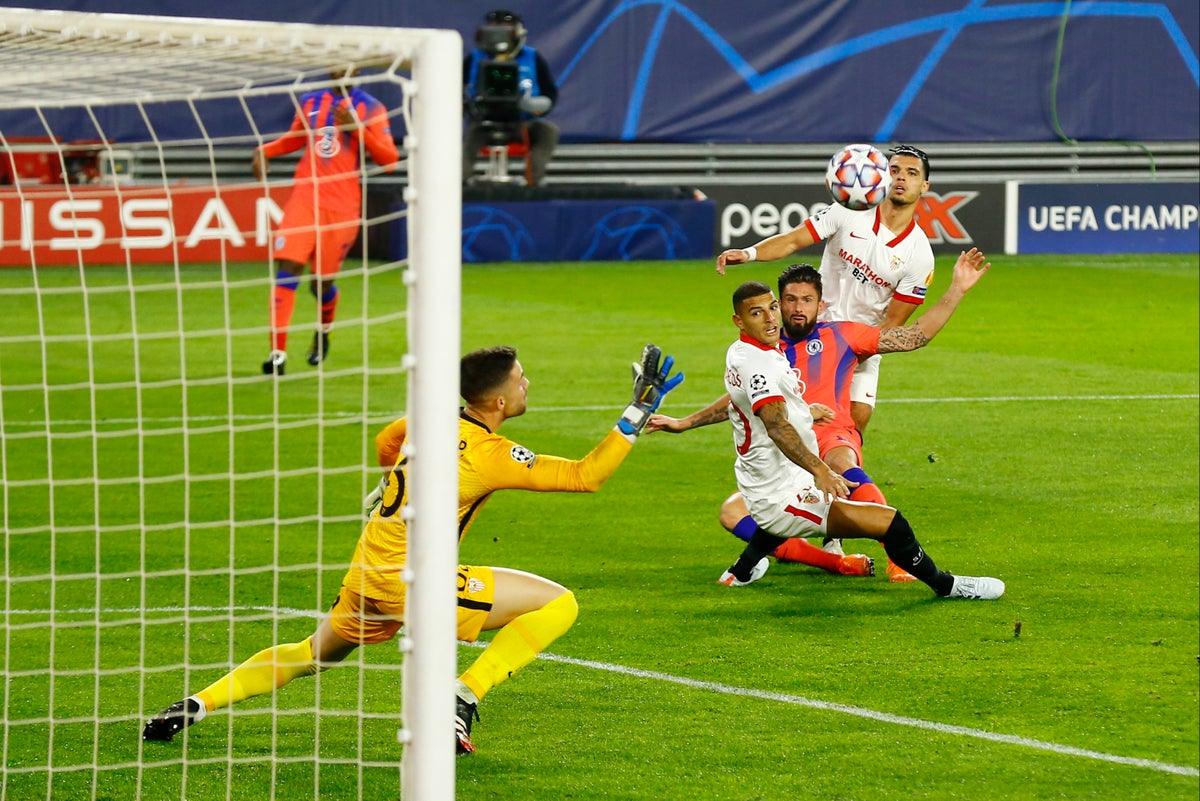 Chelsea head to Spain tonight for a top-of-the-group clash with Sevilla having already secured a spot in the Champions League knockout stages.

The Blues collected 10 points from their opening four games in Group E to reach the last-16 with two fixtures to spare, which will give Frank Lampard an opportunity to rest some key players in what has already become a draining schedule.

Though Sevilla have also sealed a spot in the next round along with Chelsea, there is still first place to play for – and with both teams on 10 points, the winner of this game could bag themselves a favourable last-16 draw.

With kick-off scheduled for 8pm GMT at the Ramon Sanchez Pizjuan Stadium, follow all the action as it happens with James Robson on our LIVE match blog.

15 MINS: The first booking of the match for Gudelj after pulling back Havertz.

10 MINS: It has been a very positive start from Chelsea and they are well worth their early lead.

GOAL! 8 mins: Brilliant goal from Giroud, who sweeps the ball into the far corner after Havertz’ pass.

6 MINS: That was a really good chance for Pulisic after a well-worked move.

Hudson-Odoi and Azpilicueta combined before Pulisic received the ball in the box with his back to goal. He swivelled, but dragged his shot wide.

1 MIN: A late change to the Sevilla team sees Alfonso Pastor come in for the injured Vaclik.

The Blues are ready…

We are minutes away from kick-off in Seville, so stayed tuned for all the action…

So, Lampard makes nine changes to his Chelsea side. Edouard Mendy and Mateo Kovacic are the only men to retain their starting berths from Sunday’s Premier League draw against Tottenham, with the Blues showing an all-new back four.

LEE ELLIOT MAJOR: I know how vital it is to help bridge Britain’s digital divide