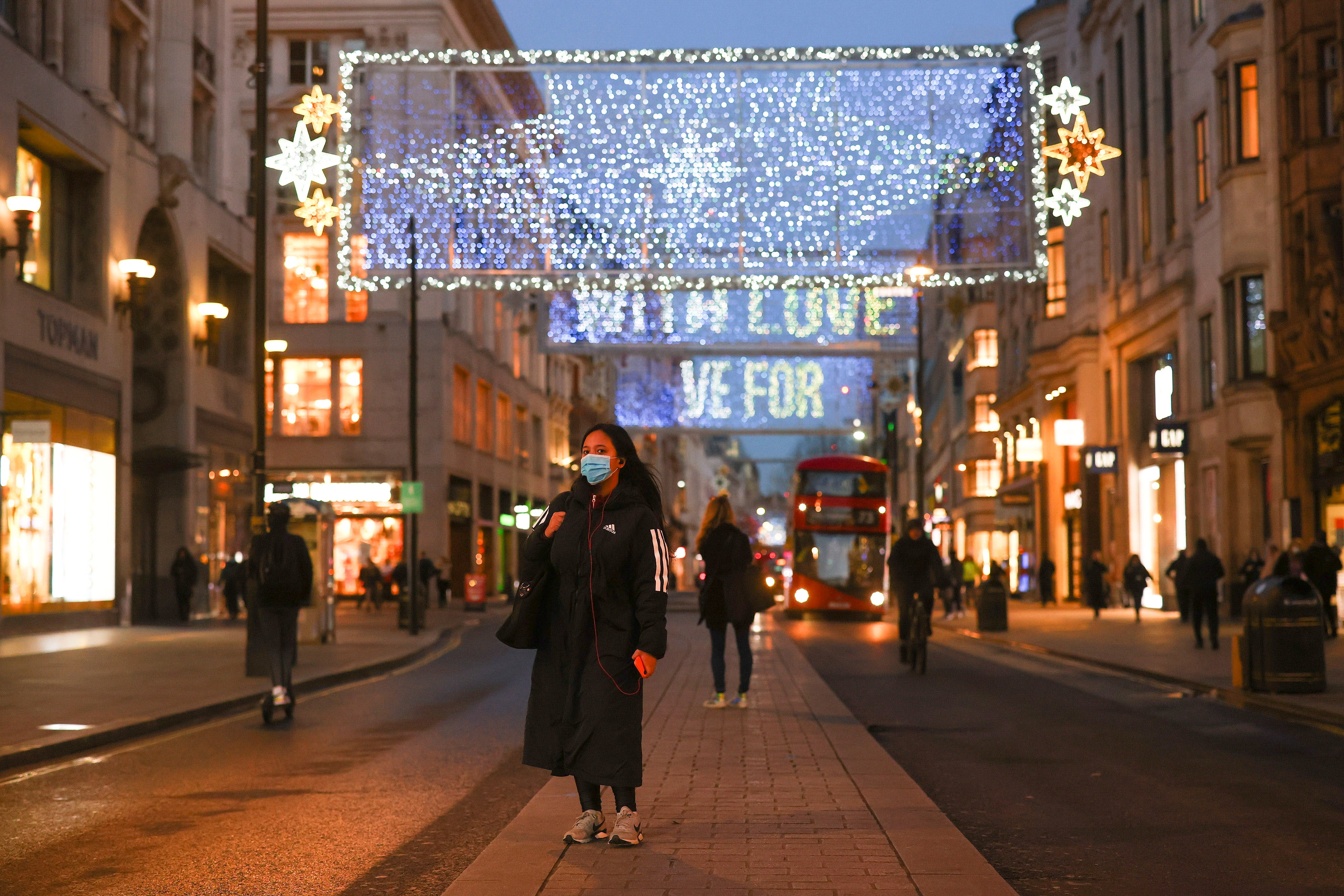 Under the new plans, councils will be able to waive rules restricting retailers’ opening hours to help shop owners recoup sales lost during the coronavirus lockdown.

Announcing the move on Sunday, Communities Secretary Robert Jenrick said he wanted to ensure a “more pleasant and safe shopping experience” for all.

Current rules state that any retailers wanting to extend their hours beyond 9am to 7pm from Monday to Saturday must apply for special permission. But Mr Jenrick said he wanted to suspend such processes – which can take weeks –  to help business owners after months of Covid-19 restrictions.

Writing in The Telegraph, the minister said shops should be able to decide their opening hours through December and January, and even have the option of running 24/7 services.

“How long will be a matter of choice for the shopkeepers and at the discretion of the council, but I suggest we offer these hard pressed entrepreneurs and businesses the greatest possible flexibility this festive season.

“Therefore as Local Government Secretary I am relaxing planning restrictions and issuing an unambiguous request to councils to allow businesses to welcome us into their glowing stores late into the evening and beyond if wish.

“And those stores and supermarkets will be able to replenish their shelves whenever they wish, with flexible deliveries to keep the streets free for the rest of us when we are out and about.”

He suggested such changes would help “free our small businesspeople to get on with earning a living.”

Under the new system, non-essential shops, gyms, beauticians and other personal care services will be allowed to open across the country – marking a relaxation on the pre-lockdown tiers.

But a number of Mr Jenrick’s Conservative colleagues consider the new measures too draconic, or unfair on specific regions, and the Government has scrambled to quell a backbench rebellion over their enforcement.

The tiered plans must pass a crunch Commons vote on Tuesday before they can come into effect.

Earlier in the day, Foreign Secretary Dominic Raab insisted the new restrictions were necessary to “bear down” on the pandemic and prevent a third national shutdown.

Asked whether there would be another lockdown if people fail to comply with the rules, Mr Raab said: “We’re doing everything we can to avoid that.”

In a bid to appease his potential Tory detractors, the Prime Minister also said that after the first review of the measures on December 16 he would move areas down a tier where there is “robust evidence” that coronavirus is in sustained decline.

The vote after Christmas will determine whether the tier system stays in place until the end of March.

In a further olive branch to MPs, Mr Johnson committed to publish more data and outline what circumstances need to change for an area to move down a tier, as well analysis of the health, economic and social impacts of the measures taken to suppress the spread of infection.

Labour shadow foreign secretary Lisa Nandy said her party’s support was “not unconditional” and that it was seeking “clarity” about the tier system.

Without Labour backing – and if Mr Johnson suffers a major rebellion – the Government could struggle to pass its motion on the tier system.

– The UK’s official coronavirus death toll rose by 215 overnight, as another 12,155 cases were confirmed.

– Professor Peter Openshaw of Imperial College, a member of the New and Emerging Respiratory Virus Threats Advisory Group (Nervtag), said a coronavirus vaccine could be available “as early as next week”.

– Greater Manchester Mayor Andy Burnham has written to the region’s 27 MPs calling for cross-party support to demand more money for areas in Tier 3 and to get some restrictions lifted in two weeks’ time.

China may never catch up with its commitments to the U.S. in ‘phase one’ deal, expert says

NSW teen confirmed to have had coronavirus, no longer infectious

Hong Kong stocks off to a ‘very strong start’ in 2021 — thanks to China investors, Goldman says