The daughter of Australian basketball great Shane Heal has followed in her father’s footsteps by making it to the top level of her sport in the US.

Shyla Heal, 19, is headed to the Women’s National Basketball Association (WNBA) after being taken by the Chicago Sky with pick No.8 in Friday’s draft – which was held virtually due to the Covid-19 pandemic.

The 19-year-old guard’s first-round selection follows a standout WNBL season in Australia with the Townsville Fire.

The teenager made her WNBL debut at just 14-years-old and averaged 16.7 points per game last season. 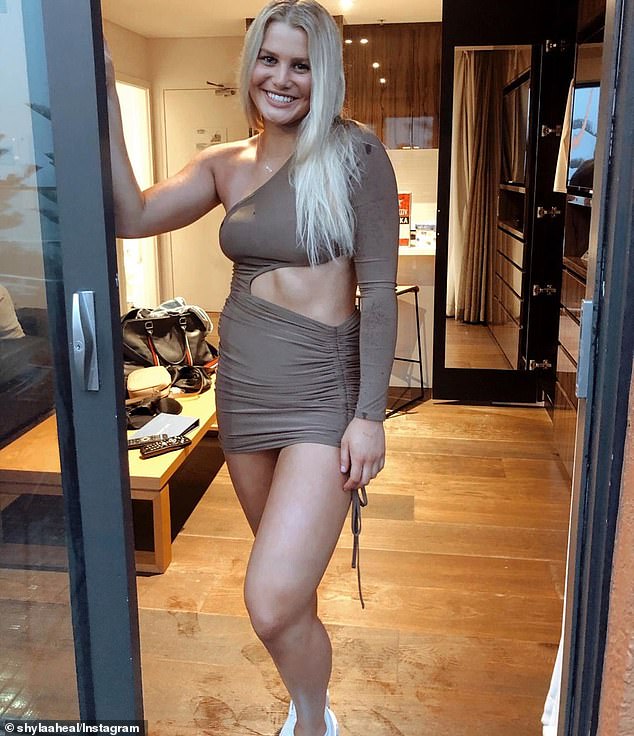 Making it big: Shyla Heal, the daughter of Australian basketball great Shane Heal, has made it into the WNBA – following in her father’s footsteps by playing at the sport’s top level 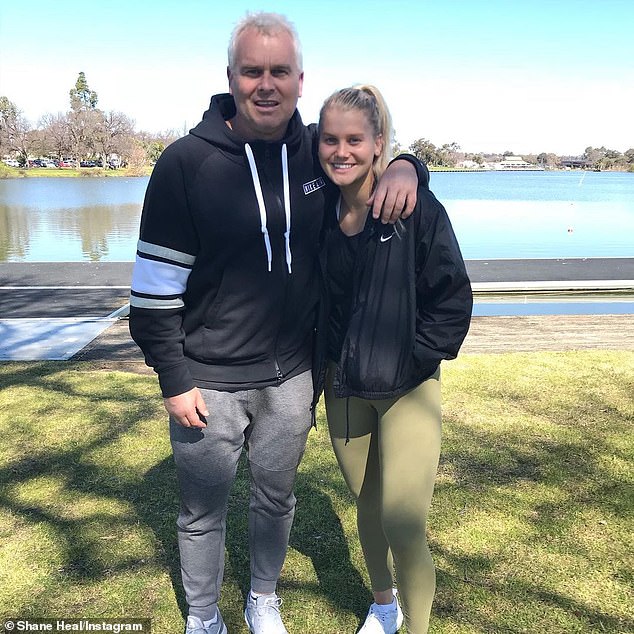 Like father, like daughter! Shyla pictured with her father Shane. He is a four-time Olympian who had two stints in the NBA

She starred with a 30-point haul to help the Fire reach the grand final last season, where they were beaten by the Southside Flyers.

Her father Shane, a four-time Olympian, had two stints in the NBA, with the Minnesota Timberwolves in 1996-97 and the San Antonio Spurs in 2003-04.

Heal was the sole Australian selection at the WNBA draft, with compatriot Tiana Mangakahia overlooked.

Heal has just completed her first camp with Australia’s senior team, the Opals, as she presses her claims for a spot in the squad for the Tokyo Olympics starting in late July.

Pre-draft, Opals coach Sandy Brondello – among the first Australians to play in the elite American league – said she had no doubt the 168cm-tall Heal had the qualities to flourish in the WNBA.

‘Shyla’s a good kid, super skilled, good pick-and-roll player who can score off the dribble or shoot threes and passes well,’ Brondello said. 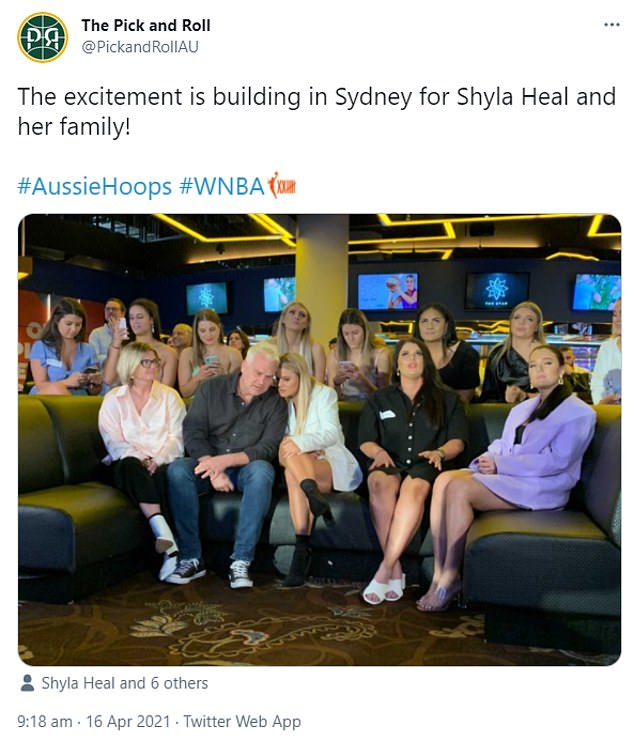 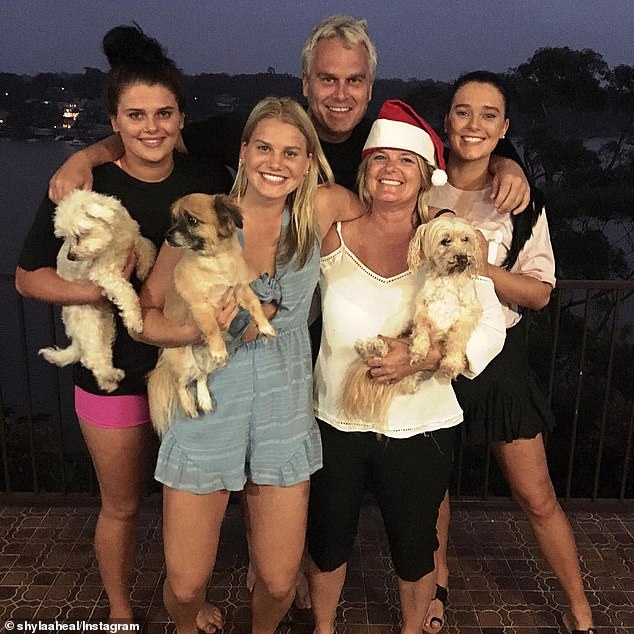 Shyla was described by Opals coach Sandy Brondello as ‘a good kid, super skilled, good pick-and-roll player who can score off the dribble or shoot threes and passes well’ 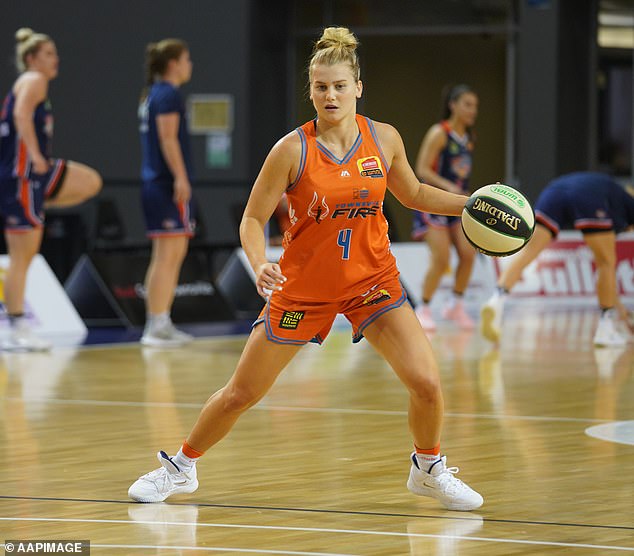 Shyla warms up prior to the Round 2 WNBL match between the Townsville Fire and Sydney Uni Flames at Townsville Stadium on November 17, 2020 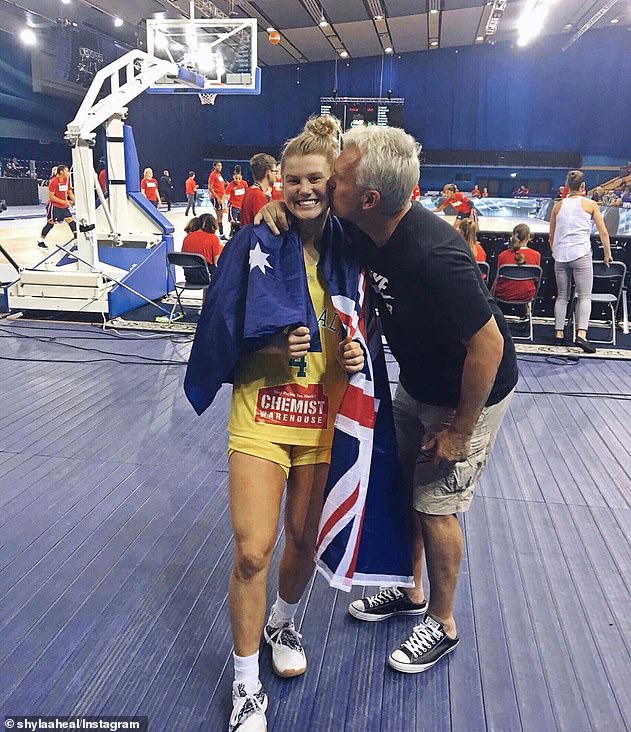 Heal pictured with her father. She has just completed her first camp with Australia’s senior team, the Opals

‘That’ll make her a pretty good pro, but it’s that fearlessness that stands out.

‘If she has one quiet game she’s not going to have two quiet games; there’s no fear, no intimidation factor and she believes in herself, she won’t back down.’

Heal, who had gathered with family at Sydney’s The Star casino for the draft, eagerly documented her day on social media.

The event featured a donut wall, a games arcade and big screens showing footage of her best games in the WNBL. 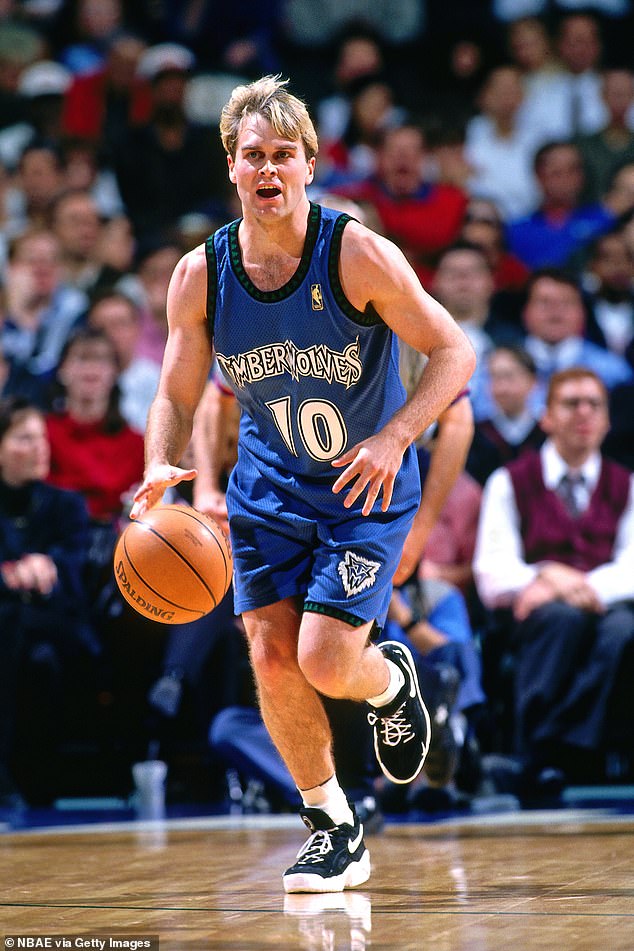 It’s in the genes: Shane had two stints in the NBA with the Minnesota Timberwolves in 1996-97 and the San Antonio Spurs in 2003-04

Shyla last month told Stella she dreamed of being drafted onto the WNBA.

‘When I was growing up, I didn’t have anyone to look up to in the women’s game. That’s why I feel in Australia that we need to be giving these younger girls something to look up to and to build our basketball program,’ she told the publication.

‘We need to stay away from the idea that girls don’t eat much and don’t go to the gym – like, why can’t we be strong? I don’t want to just be known for basketball. I’d like to be known as someone for the younger girls to look up to.’

One of the quirkiest facts about Shyla is she’s not overly tall at 168cm – 5ft5 – and is usually the shortest basketball player on the court.

Standing at 181cm – 5ft9 – her father also faced criticism because of his height at the start of his career.

Blockchain is hard for developers and everyday users. Is it getting any easier?

Unlicensed learner driver, 35, is caught speeding at 200km/h with his three children in the car