Six people have been charged and more are being sought in a ‘birth tourism’ and money laundering scheme which saw dozens of pregnant Turkish woman pay up to $10,000 to give birth on Long Island to secure US citizenship for their children.

Details of the indictment were unveiled by US Attorney Seth DuCharme in a Wednesday morning press conference.

According to DuCharme, the illicit plot saw 117 women travel from Turkey to Suffolk County to give birth to the children before returning home. In total, 119 children were born on US soil.

The operators of the scheme consist of four Turkish nationals and two US citizens, officials said.

They were named as Ibrahim ‘Dennis’ Aksakal, Enes Burak Cakiroglu, Sarah Kaplan, Fiordalisa ‘Lisa’ Marte, and Edgar ‘Eddie’ Rodriguez. The name of the sixth alleged co-conspirator was withheld by prosecutors as they’re yet to be apprehended. 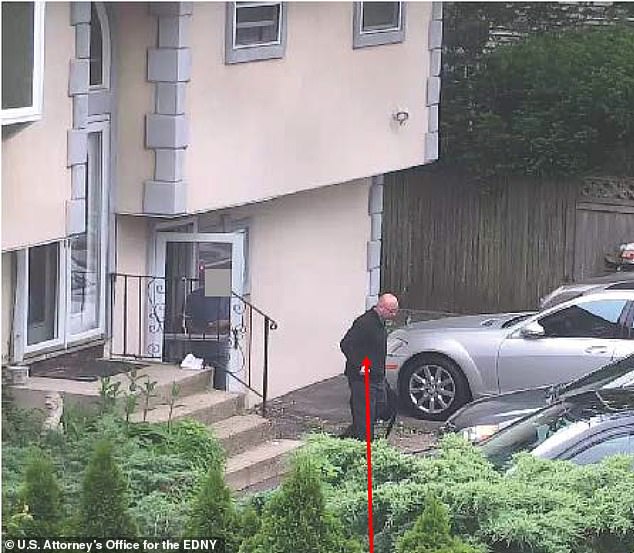 One of the suspects, Edgar ‘Eddie’ Rodriguez, is pictured above in surveillance images captured by authorities outside one of the group’s birth houses in Smithtown 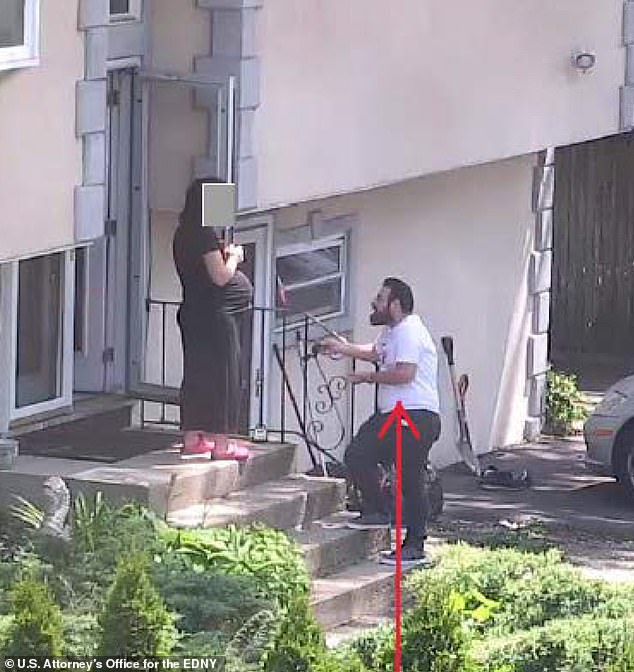 The suspects reportedly used seven birth houses – including ones in Center Moriches, Dix Hills, Smithtown, West Babylon, and East Northport – and stole more than $2.1 million in Medicaid funding to pay for their pre-natal, labor and delivery costs. 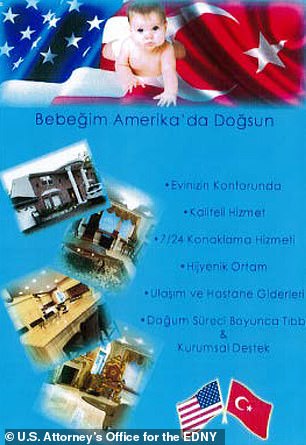 The operators of the plot reportedly recruited the women in Turkey on Facebook, advertising a program called Bebegim Amerikada Dogsun, which translates to: ‘My Baby Should Be Born in America’

The applications allegedly falsely claimed that the women were permanent residents of New York State but currently had no income and were therefore unable to cover the costs associated with their care.

Marte and Rodriguez also ‘tellingly’ listed Aksakal or Kaplan’s phone numbers as purported contact information for the pregnant Turkish aliens, according to prosecutors.

In total, the suspects submitted 99 Medicaid claims for different women which stated that their permanent address was one of the ‘Birth Houses’, officials say.

Aksakal, Cakiroglue and Kaplan, meanwhile, allegedly helped to arrange lodging and transportation for the women. 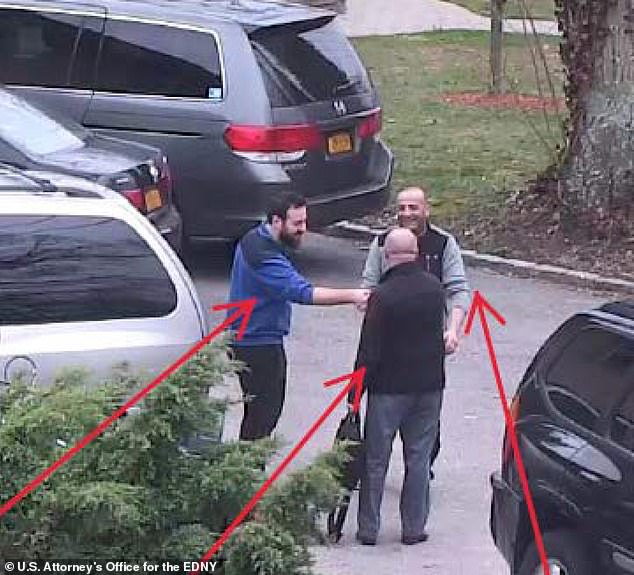 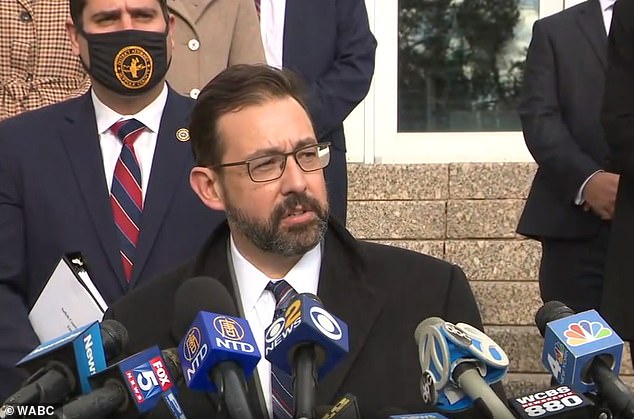 US Attorney for the Eastern District of New York Seth D. DuCharme (pictured above) unveiled the indictment during a press conference on Wednesday morning

The operators of the plot reportedly recruited the women on two Turkish-language Facebook pages, advertising a program called Bebegim Amerikada Dogsun, which translates to: ‘My Baby Should Be Born in America’.

Translated to English, several of the group’s ads stated, ‘If you believe your baby should be born in the USA and become a U.S. citizen then you are at the right place. . . . [W]e at Bebegim Amerika Dogsun . . . will provide future mothers and fathers this opportunity, with minimal costs . . . .’ according to the indictment.

As part of the program, the suspects allegedly offered round-the-clock accommodation service, comfort of a home, transportation and hospital expenses, and medical and institutional support throughout the birth process.

While 119 children are said to have been born on Long Island under the scheme, the suspects reportedly boasted on their website that they had facilitated more than 800 births on US soil.

‘Using Internet ads, the defendants perpetrated an international fraud that relied upon a parade of women who paid them thousands of dollars in fees in order to enter the United States under false pretenses, to give birth here,’ DuCharme said Wednesday.

‘The defendants cashed in on the desire for birthright citizenship, and the American taxpayer ultimately got stuck with the $2.1 million bill,’ he continued. 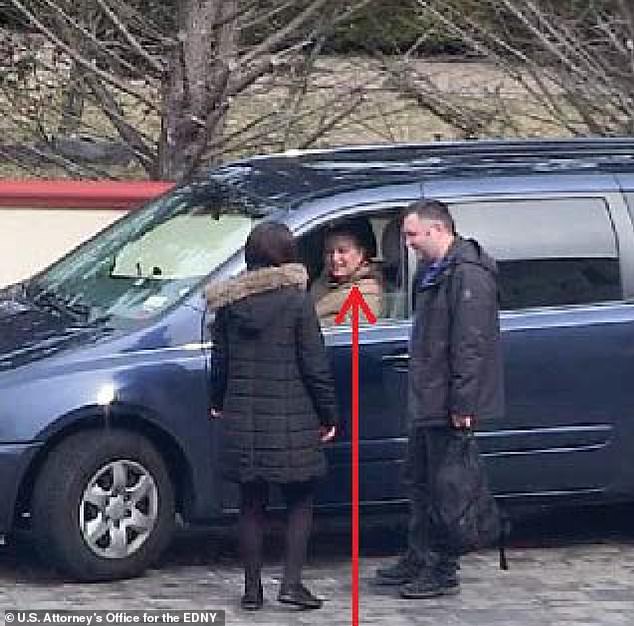 Sarah Kaplan (above) was also charged.  Each of the defendants is facing at least 10 years in prison

The scheme has reportedly been running for at least three years, dating back to January 2017.

The government estimates that the defendants’ took approximately $750,000 in fees from the women, in addition to the $2.1 million they fraudulently claimed in Medicaid funds.

Prosecutors said the money obtained from the woman was nearly all ‘in untraceable cash, an untold amount of which, intercepted communications show, was funneled to one or more bank accounts in Turkey, thereby preventing the government from seizing it.’

Charges against the six suspects include conspiracy to commit healthcare fraud, wire fraud, conspiracy, and money laundering. They are each facing at least 10 years in prison, prosecutors said.

More co-conspirators are reportedly being sort by federal prosecutors.

The women who paid for the service, meanwhile, were not charged, with all having since returned to Turkey after giving birth. 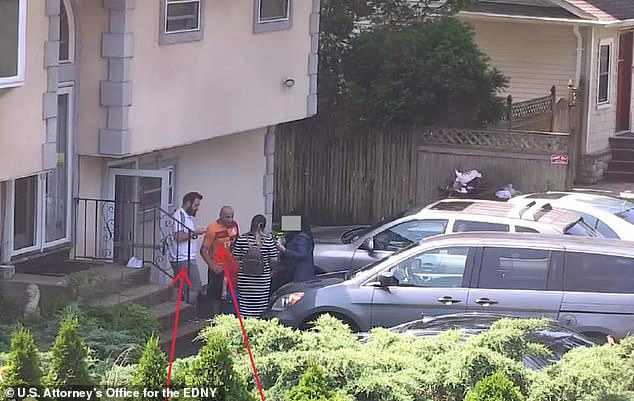 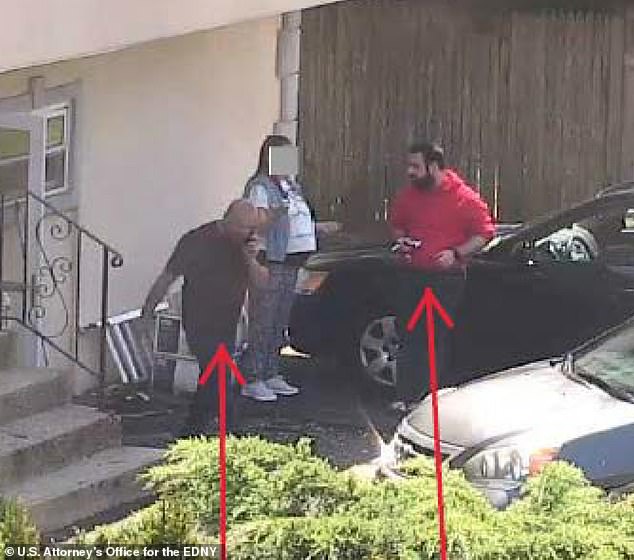 A picture captured on April 23, 2019, Cakiroglu (right) and Aksakal (left) conversing with what appears to be a pregnant woman

Suffolk County police first began investigating the alleged scheme in July of 2018, after receiving a tip that five women had requested birth certificates at the same address, each of whom had babies around the same time.

Officials said Wednesday it ‘would be unlikely’ that citizenship of the children born under the scheme would be suspended.

The six suspects in the case are expected to be arraigned virtually Wednesday afternoon because of coronavirus restrictions at the federal courthouse in Central Islip.

Prosecutors are asking the suspects be held without bail, citing them to be a flight risk due to their close national ties to Turkey.

‘The methods and means employed by these criminals were completely unacceptable,’ DuCharme said. ‘This case was really about twisting those motives and incentives for people who wanted, essentially, the luxury of having a baby born in the United States, and along the way lying to the United States government.’

With An Even Bigger Surge Of Online Holiday Shopping Amid The Pandemic, Scams Could Also See A Boom

So who WAS Chatty Rat who blabbed about Boris Johnson’s bike ride seven miles from Downing Street?