Two men who used 4chan to threaten to blow up a mosque on the anniversary of the Christchurch massacre have been arrested.

A 27-year-old made a series of posts threatening a terror attack at the Linwood Islamic Centre and Al Noor mosque in Christchurch, New Zealand.

He was charged with threatening to kill but police considering further charges, while the other man was released without charge.

The attack was allegedly planned for March 15 – the second anniversary of the attack by Australian terrorist Brenton Tarrant, who shot and killed 51 people at two mosques in the city in 2019. 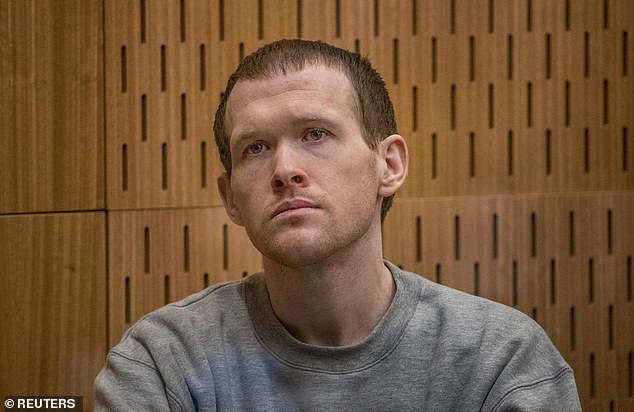 Pictured: Australian terrorist Brenton Tarrant, who shot and killed 51 people at two mosques in the city in 2019 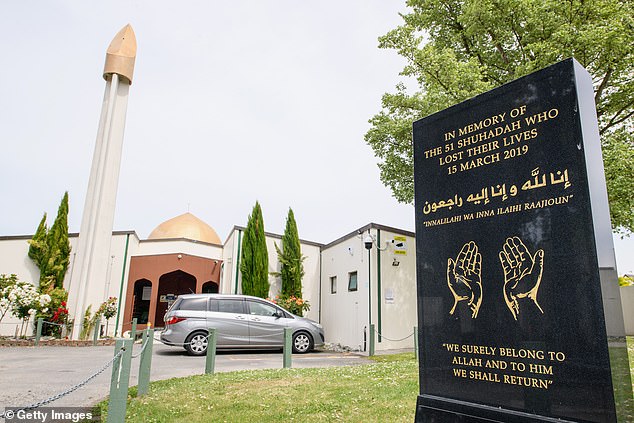 Pictured: A plaque in front of Al Noor Mosque on December 8, 2020 in Christchurch, New Zealand

Police said the arrests followed tip-offs from concerned members of the public following a series of posts on 4chan – an anonymous message board frequented by far-right extremists.

On Sunday evening, someone made a post using an online alias that was eerily similar to the one used by the Australian terrorist two years ago, Stuff reported.

The person said they were ‘originally English’ but grew up in South Africa, before moving to New Zealand in 2009.

According to the posts, they planned to ‘take action’ on March 15 by attacking two mosques remotely using car bombs.

They also said the bombing would be livestreamed – exactly like the massacre in 2019 when Facebook was used to broadcast the attack live. 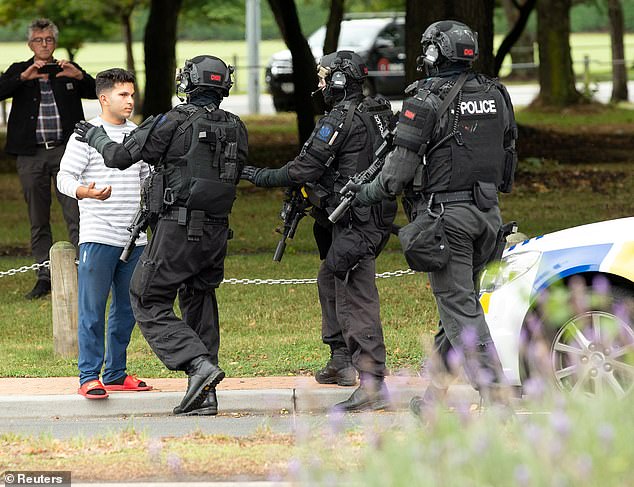 Pictured: Armed Offenders Squad teams push back members of the public following a shooting at the Masjid Al Noor mosque in Christchurch on March 15, 2019 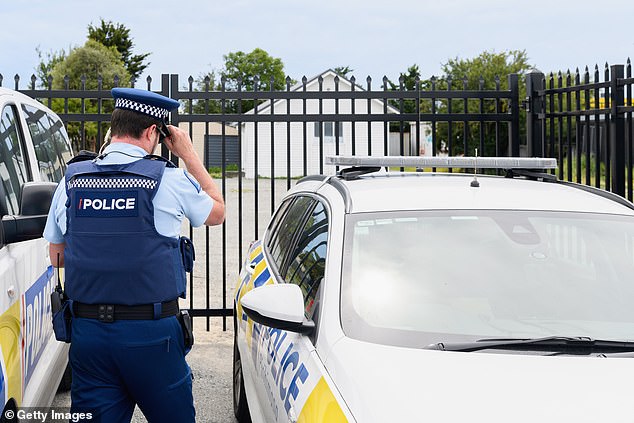 Pictured: A police officer in front of the Linwood Islamic Centre on December 8, 2020 in Christchurch

Message board users urged the person not to do anything ‘stupid or radical’.

Police visited the mosques to search for bombs but found nothing, but would not say if anything was uncovered after they raided two properties in Christchurch on Thursday.

Detectives removed computer equipment from a home in St Albans, in the city’s north. 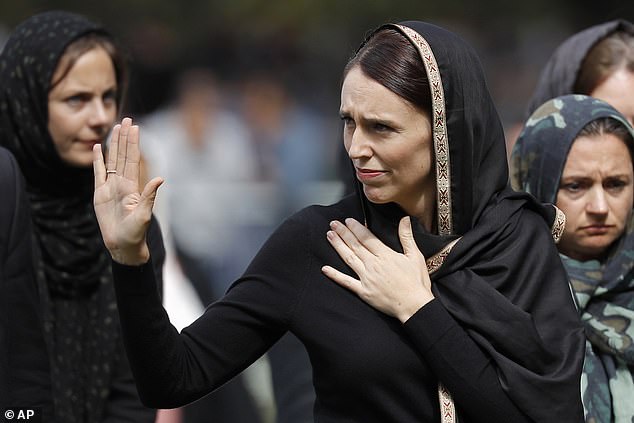 Linwood Mosque leader Masjid Imam Abdul Lateef said it was upsetting to hear that people were trying to scare the community.

‘We rely on NZ police to protect us, and they are doing the best they can do,’ he said.

The 27-year-old will appear in Christchurch District Court on March 5.

He pleaded guilty to 51 charges of murder, 40 charges of attempted murder and one charge of committing a terrorist act.

New Zealand Police urged anyone who sees anything suspicious to contact emergency services.

RAF airman, 23, who vanished after night out in 2016 ‘died in the back of dustbin lorry’