Paul Pogba struck a sensational winner to send Manchester United top of the table, with Ole Gunnar Solskjaer saying those two extra points could be the difference at the end of the season.

Pogba’s 65th-minute strike turned a draw into a win at Craven Cottage, after Edinson Cavani had equalised for United. They secured victory despite Solskjaer revealing how his team had to stay in their hotel all day with them unable to find a pitch to stage a training session.

Covid restrictions stopped them from being able to prepare, but Pogba’s strike secured them the points. ‘I love winning,’ said Pogba, whose agent Mino Raiola last month said the midfielder wants to leave. ‘It’s all about winning. I’m happy when we win on the pitch and angry when we lose. 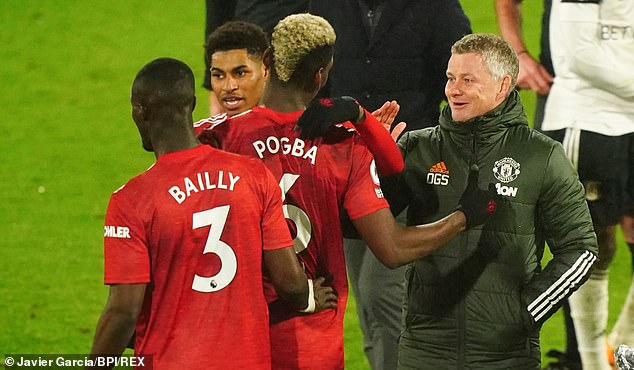 ‘We didn’t know about the Manchester City result (which sent City top before United kicked off). We just knew we had to get our result. We have to do us and that’s it.’

Solskjaer added: ‘We stayed in a hotel all day. We were looking for a pitch to do a training session this morning to freshen our heads and our legs. We couldn’t find anywhere.’

Scott Parker’s Fulham had never lost a game in which they had taken the lead. They had previously gone ahead in 40 games, winning 34 and drawing the other four. But they lost that record here. 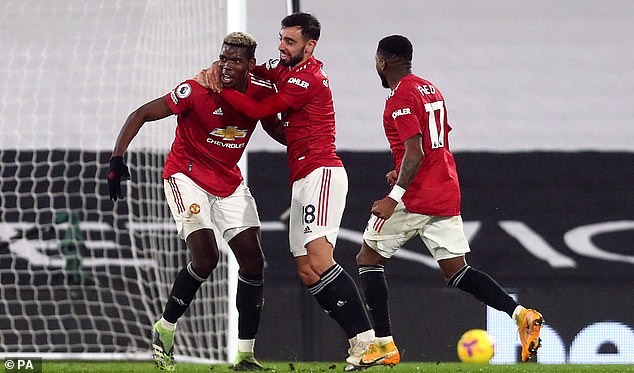 Solskjaer added: ‘It was a great goal. When you win tight games, those two extra points for a win instead of a draw are vital. Let’s see where we are at the end.

‘We don’t think about (being top). It’s just job done and on to the next one.’

Edinson Cavani filled in nicely for Marcus Rashford, who was rested. The 33-year-old equalised before Pogba’s left-footed winner. ‘I hit the ball well,’ Pogba said. ‘I didn’t expect it with the left foot like this but if you don’t try, then you don’t score. It was a beautiful goal and beautiful win.

‘I was really mad after the Liverpool game for not scoring the chance. I maybe should’ve done better but today it went in. Most important was the win today. We did it the hard way and did it the beautiful way.’ 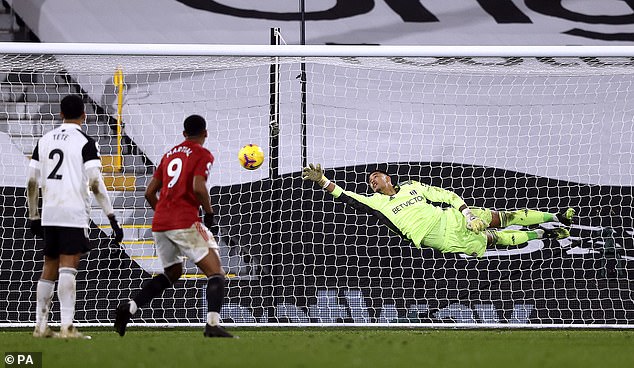 Fulham boss Parker said: ‘We came up short in the end but overall I thought we were superb. Big chances are the fine margins of this league.

‘I am disappointed and I suppose it shows how far we have come. It is something to keep working on. We are looking more solid as a team.

‘The equaliser came out of nothing and someone like Paul Pogba possesses that sort of quality.

‘No doubt we can win and operate in this division and we just need to push on and keep improving.’ 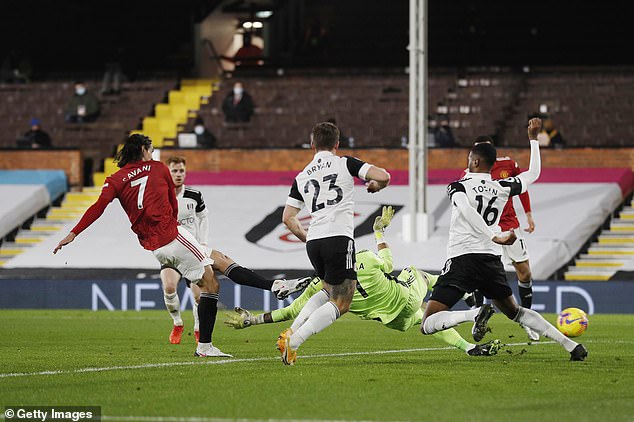 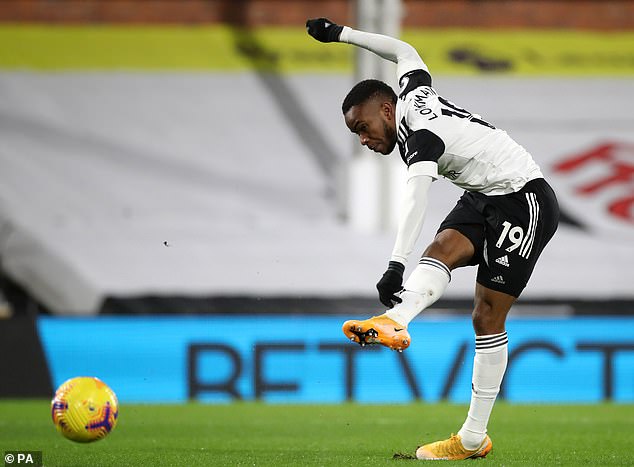