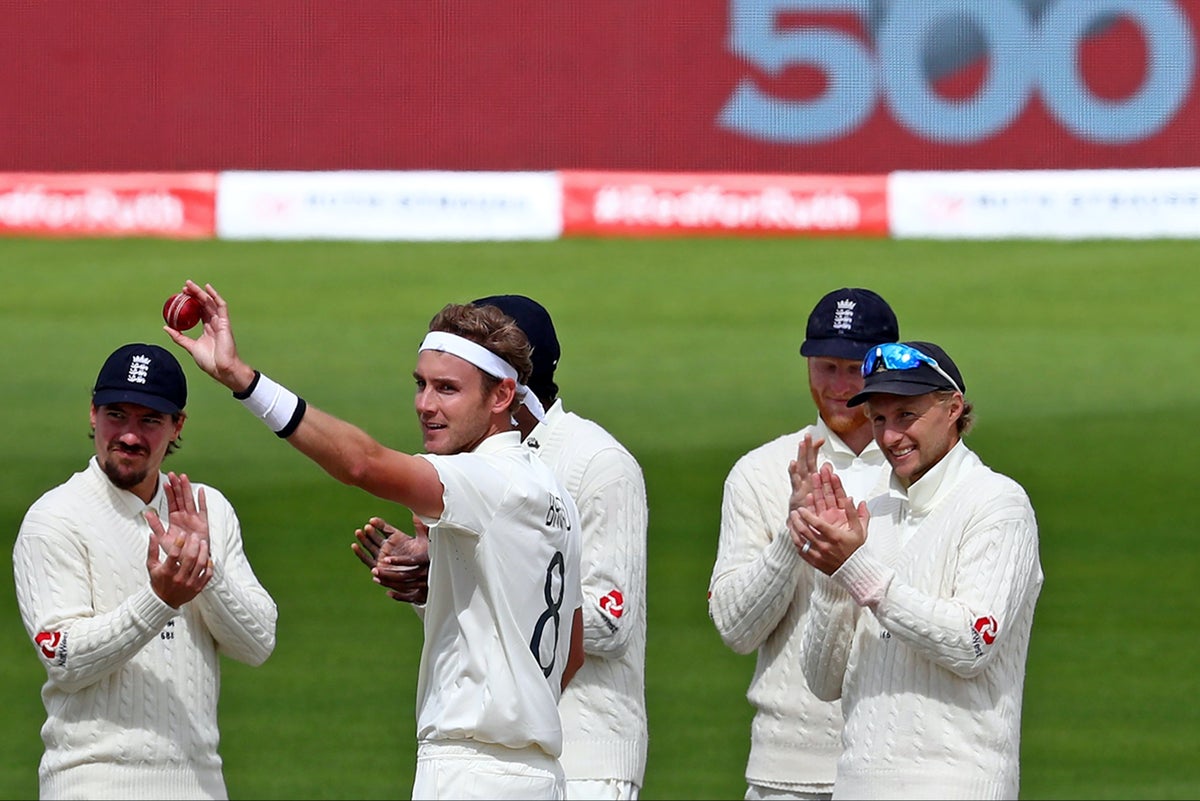 t has been a strange year for sport, with many planned major events cancelled and novel solutions cooked up to keep the show on the road.

1. In June, which Premier League manager became the first to make a quintuple substitution, during his side’s win over Sheffield United?

2. Which batsman did Stuart Broad dismiss to claim his 500th Test wicket? Remarkably, James Anderson dismissed the same player to reach the same landmark in 2017.

3. Which athlete set new British indoor records for the mile, 1500m and 800m at the start of the year?

4. Which French side did Exeter Chiefs beat to win their first European Rugby Champions Cup?

5. For what reason was Novak Djokovic disqualified from the US Open?

6. Whose shootout penalty did David Marshall crucially save to send Scotland to their first major tournament since 1998 with a playoff win over Serbia?

7. What did American fighter Deontay Wilder initially blame for his defeat against Tyson Fury in February?

8. How many of the 17 grands prix this season did Lewis Hamilton win?

9. And how many drivers not named Lewis Hamilton won races?

10. Where was the NBA season completed within a ‘bubble’ after it had been postponed by the coronavirus pandemic?

11. The Luke Comer-trained He Knows No Fear became the biggest priced winner in British and Irish racing history when winning at Leopardstown in August. At what odds did he score?

13. Which club withdrew midway through their first season in rugby league’s Super League in July due to ‘overwhelming financial challenges’?

14. Which player broke the world record for a female player’s transfer fee when she signed for Chelsea from Wolfsburg this summer, in a deal worth a reported £300,000?

15. Jofra Archer’s bowling displays earned him the IPL’s MVP award, but which of the English batsmen in the competition scored the most runs?

16. And while we’re on Jofra Archer – what did the 25-year-old briefly lose while moving house?

17. Which pop star was widely mocked on social media after claiming in an Instagram post to have run 100m in 5.97 seconds – almost four seconds faster than Usain Bolt’s world record?

18. Wales skipper Alun Wyn Jones set a new record for the most international caps when he won his 149th this year, but whose mark did he surpass?

19. Who was the only female player to reach multiple Grand Slam singles finals this year?

20. The NFL completed its first ever virtual Draft, with commissioner Roger Goodell announcing the picks from his home. Which player was taken first overall by the Cincinnati Bengals?

21. Which team won promotion to the second tier of English football for the first time ever, despite having been only eighth in League 1 when the coronavirus pandemic forced an early end to the season?

22. Racing became the first major UK sport to return from its coronavirus shutdown on June 1. Which course had the honour of hosting the first meeting of the restart?

23. Which British cyclist won his first Grand Tour, ten years after bunking off school to watch the team he rides for be launched?

24. Who said that the young generation of players in his sport were “so bad” he would have to “lose an arm and a leg” to slip outside the world’s top 50?

25. Who was Roy Keane “sick to death” of in June? The angry Sky Sports pundit claimed, about the same player: “I’d be fighting him at half-time… I would be swinging punches at that guy.”

26. Joshua Cheptegei broke both the 10,000m and 5,000m world records on the track this year. Which country does he represent?

27. Which renowned rugby referee recently announced his retirement after overseeing the 100th international Test match of his career at the Autumn Nations Cup?

28. Which chess grandmaster finished 11th in the world in the Premier League’s fantasy football game, having briefly led the competition?

30. In what unsatisfactory way were England knocked out of the women’s T20 World Cup?

31. In which round did Joe Joyce stop fellow Brit Daniel Dubois to cause an upset in their heavyweight clash in November?

32. How many NBA titles have the Los Angeles Lakers now won in total after their 4-2 Finals series triumph over the Miami Heat in Orlando in October?

34. How many shots did Tiger Woods take to complete the 12th hole during his final round at the Masters? It was the American’s worst score on any hole since he joined the PGA Tour in 1996.

35. Prior to thrashing Iceland in the concluding dead rubber, England had scored just one goal from open play in their Uefa Nations League campaign. Who scored it?

36. Which country could Mo Farah not find in his map-based challenge on I’m a Celebrity?

37. Great Britain missed out on qualification for the inaugural Fed Cup Finals – which were subsequently postponed until 2021 – after which country beat them in qualifying?

38. What was the name given to the one-off race held at Silverstone the week after the British Grand Prix, as Formula 1 briefly relied on holding multiple rounds of its calendar at the same tracks?

40. Zak Crawley scored a magnificent 267 in the third Test against Pakistan, but which other England batsman also scored a century in the same innings?

41. Dominic Thiem became the first male Grand Slam winner outside the big three to win one of tennis four majors since 2016. But who was the last?

42. On which horse did SPOTY nominee Hollie Doyle ride her first Group 1 winner, on British Champions Day at Ascot?

43. Who did MMA legend Khabib Nurmagomedov defeat in October to maintain his perfect professional record and retain the lightweight title before quitting UFC?

44. Augsburg manager Heiko Herrlich missed his side’s Bundesliga restart after breaching coronavirus protocols when he left the team hotel to buy what?

45. The Six Nations was interrupted by the Covid shutdown in March and did not resume for more than seven months. Who did Ireland beat in the first game back after its resumption?

46. The NFL franchise formerly known as the Washington Redskins finally gave in to calls to change its name, as protests against racial inequality took place across America. What temporary name are they currently operating under?

48. Whose ill-judged boast was this ahead of the Masters at Augusta: “I’m looking at it as a par 67 for me because I can reach all the par-fives in two, no problem.”?

49. Who finished as champion of the PDC’s novel Home Tour, which saw players competing via video-link from their homes during lockdown?

50. The London Marathon was run as an elite-only event in which Royal Park?

Analysis: Some said the vaccine rollout would be a ‘nightmare.’ They were right.