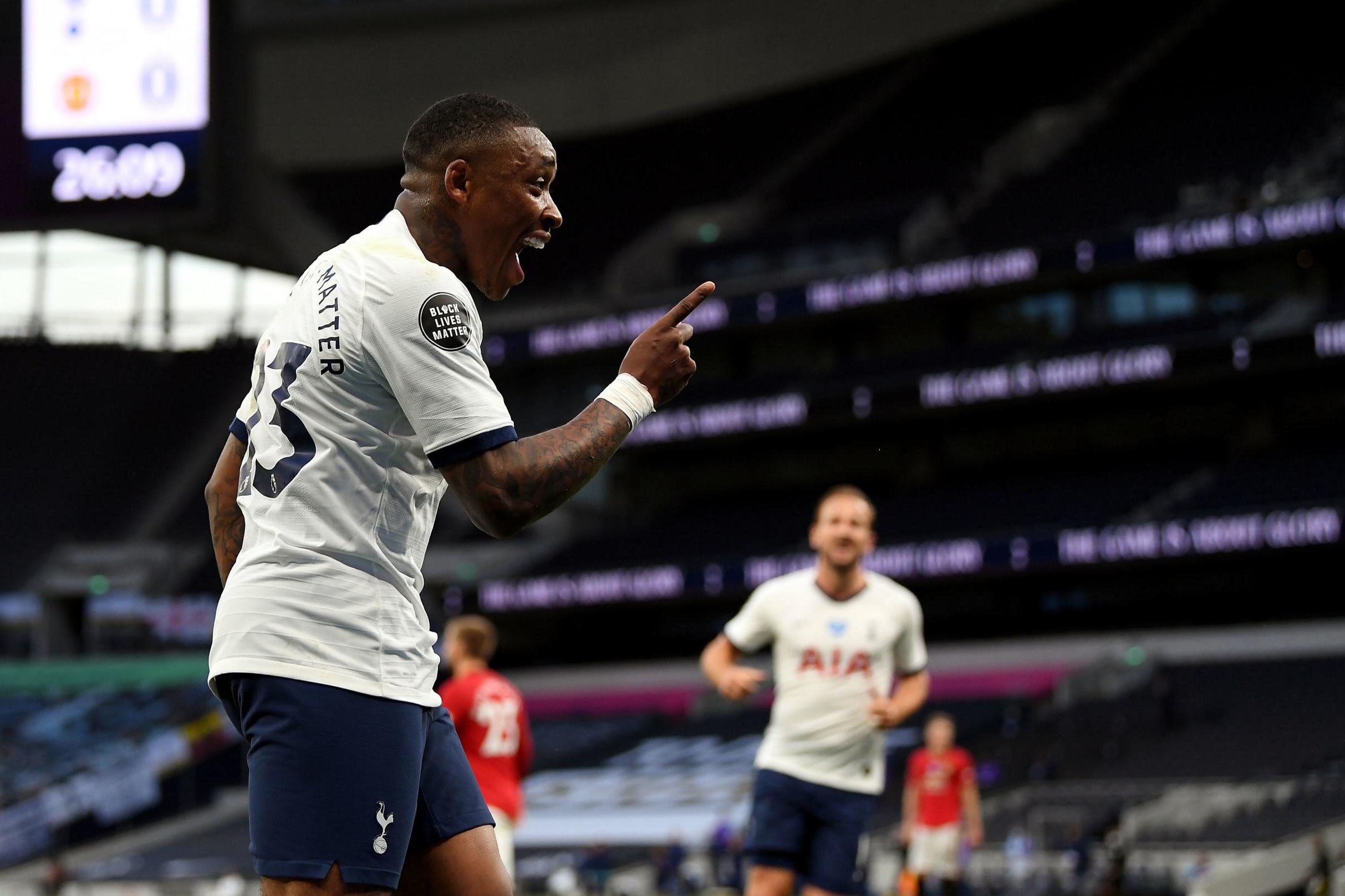 Steven Bergwijn gave Tottenham a 1-0 lead with an exquisite solo effort as Jose Mourinho’s side resumed their Premier League campaign against Manchester United on Friday night.

The forward – who joined Tottenham in a £27million transfer from PSV in January – made an instant impact on his arrival with a phenomenal debut goal against Premier League champions Manchester City.

The Dutchman’s season looked to have been cut short after suffering an ankle injury against Burnley in March, however, with Mourinho struggling for options following injuries to both Harry Kane and Heung-min Son.

The three-month enforced lay-off due to the outbreak of the coronavirus pandemic afforded Bergwijn, alongside both Kane and Son, ample time to recover.

The 22-year-old was thrust straight into the action with Tottenham’s Champions League hero Lucas Moura sidelined with a knock suffered in training.

And it’s fair to say, he didn’t disappoint. With United arguably on top, Bergwijn picked the ball up after an important interception by Serge Aurier, before bursting towards Harry Maguire.

The Dutchman eased past the England international, before smashing the ball goalwards. David de Gea – who should have done better – could only parry the shot into the roof of the net.

That’s now three goals from three home games for Bergwijn, who looks to be settling into life at Tottenham. The Dutchman becomes the first Tottenham player to record such a feat since Rafael van der Vaart.

Yes, it’s just one-half of football played, but Tottenham and Mourinho will be hugely encouraged by the forward’s performance.

Here’s How to Find and Hire Great Remote Workers

German manufacturers in crisis with biggest fall in output on record

Mandaluyong to BGC in 30 minutes?

Mandaluyong to BGC in 30 minutes?