Christian Benteke has revealed that he was determined to step up when Roy Hodgson needed him after scoring a dramatic late winner for Crystal Palace against Brighton.

With the sides level at 1-1, Benteke entered the fray as a substitute in the 75th minute and he proceeded to score the winner with a volley in the fifth minute of stoppage time.

Benteke was jubilant at the full-time whistle having helped Palace win a game which Brighton had dominated. 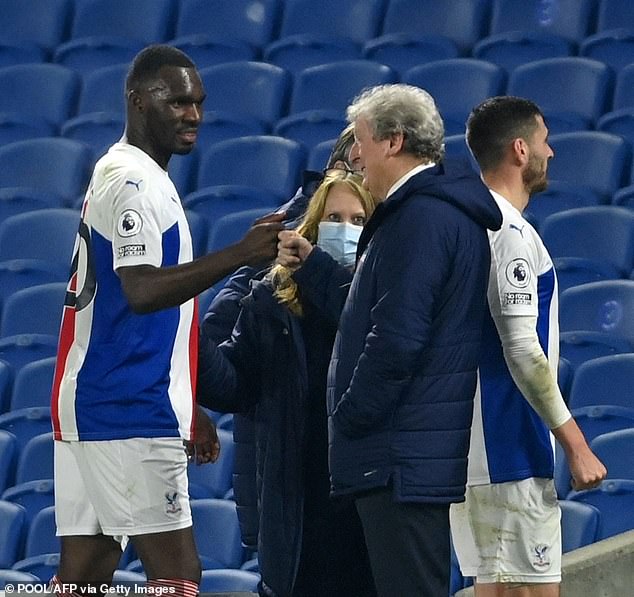 Benteke told Sky Sports: ‘It was a massive result. It’s not easy, we have a lot of good players up front, I know my strengths and qualities, it was about being ready when the gaffer needs me.

‘It was a derby, you have to give your all.’

Benteke admitted that it was an ‘ugly’ game at times, but that didn’t reduce his satisfaction at having scored the winner.

The 30-year-old added that Palace were much more compact against Brighton having previously been too open. 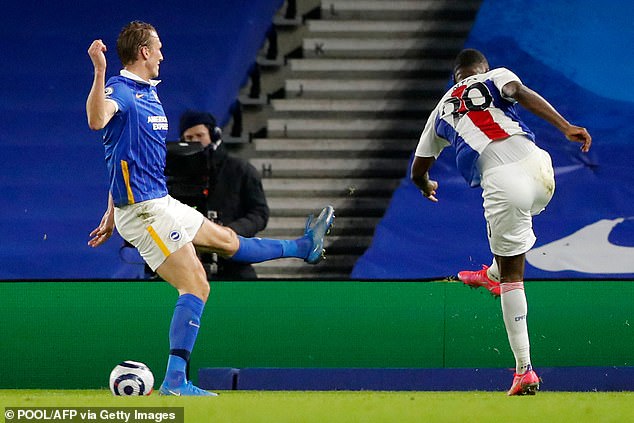 ‘We know we play a derby against a good side, it wasn’t easy. We scored and they managed to get into the game, we leave our life on the pitch. We, and especially me, I had the chance to score a great goal.

‘We played against a good side and today was all about three points. We can be proud, it was ugly but we got them.

‘The plan was to be compact, recently we have been too open, we change tactics and be closer to each other.’ 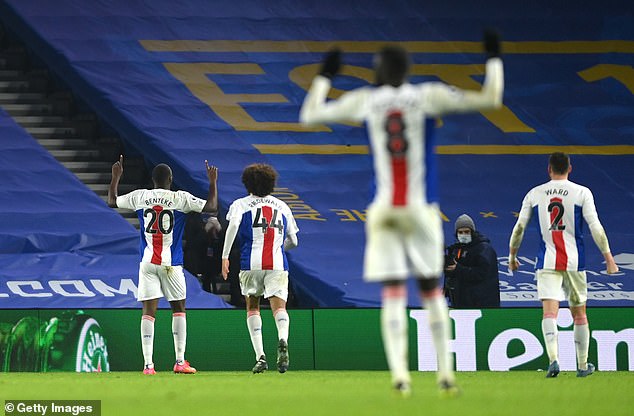 Jean-Philippe Mateta, whose arrival at the club has pushed Benteke down the pecking order, put Palace ahead with a backheel before Joel Veltman equalised for Brighton.

Despite Brighton having 75 per cent of the ball and 25 shots to Palace’s three, it was the visitors who managed to prevail courtesy of Benteke’s strike.

The victory saw Palace move up a place to 13th. They are back in action on Sunday when they host Fulham.

Ecstasy could be used to treat alcoholism by getting addicts to confront their pasts, study suggests

Protesters march on Parliament against Victoria’s state of emergency

As Bucktown’s Remedy Bar Reopens After 5 Months, Call Mounts For Increase To 50% Capacity For Chicago Bars And Restaurants

Is your best friend toxic?

ALAN JOHNSON: Closing half of our police stations is a shameful betrayal of the public