Posting to a popular Facebook group, Carrie, from Victoria, bought three 4L plastic containers with scoops for only $4 each.

Carrie used the containers to store frozen peas, mixed vegetables and chips, which fit ‘perfectly’ in the freezer.

But she admitted the tactic is a ‘trial’ as the products aren’t made from freezer-proof material. 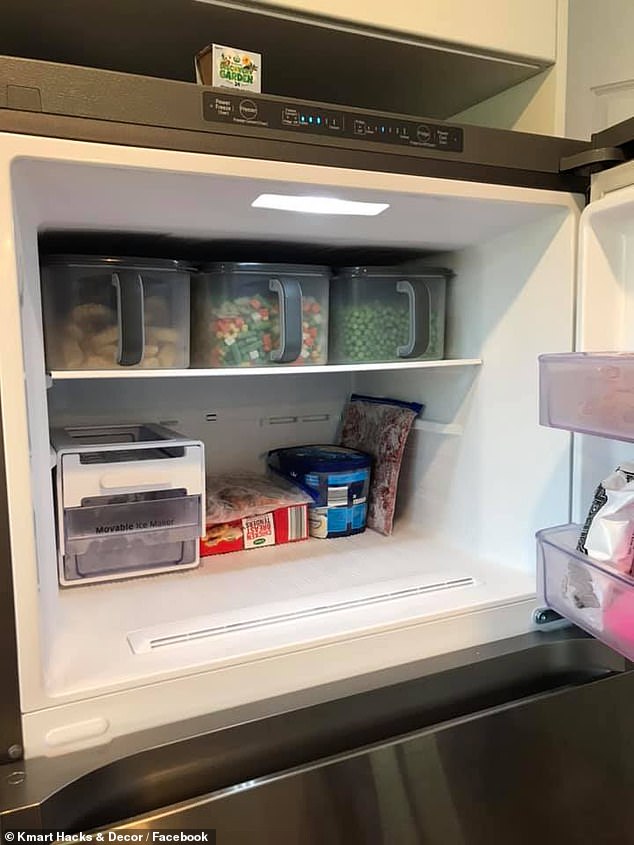 The containers fit perfectly into the freezer space (pictured) and Carrie used the buys to store frozen peas, mixed vegetables and chips

The 4L plastic containers with scoops from Kmart only cost $4 each (pictured), but Carrie admitted the buys aren’t made to be placed in the freezer

‘This is a trial, I am confident that they will work out but Kmart doesn’t actually specify them as suitable for the freezer,’ she said.

‘I have frozen meals in similar types of Kmart containers before.’

The containers have a stackable design, are built with a handle, are dishwasher safe and are BPA free.

Storing the frozen vegetables in containers rather than the original packaging will help prevent the accumulation of ice around the food. 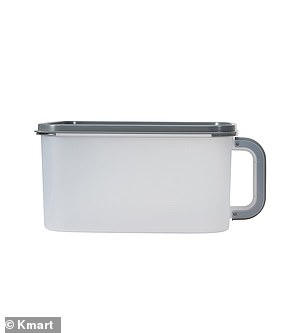 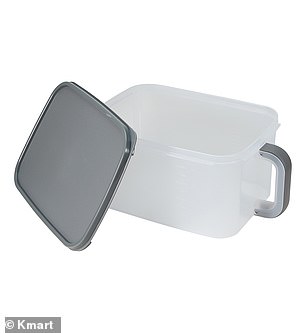 The containers have a stackable design, are built with a handle, are dishwasher safe and are BPA free

Other parents part of the online Facebook group dubbed the idea as ‘genius and ‘brilliant’.

‘That’s a great idea! Looks like the fridge I have too,’ one woman said.

‘Okay thank you this is amazing! Especially when you have kids,’ another said.

While Carrie wasn’t concerned about putting the containers in the freezer, others claimed the plastic will become fragile and deteriorate.

‘I think the lids will crack when you open them a few times but worth a try,’ a third woman said.

Why impeachment can’t stop Trump from fundraising in the future