Surry Hills, Sydney: Landlord boasted his shakedown of a tenant was ‘worthy of Quentin Tarantino’

A landlord who joked his shakedown of a tenant over unpaid rent was a Quentin Tarantino moment worthy of nostalgic retelling in later years has pleaded guilty to assault and intimidation.

Mario Venneri, 57, placed a chained bike lock on the table and made a fake phone call to a ‘worse’ guy called Johnny during the heated, half-hour meeting in his Surry Hills home in June 2020.

‘You have two ways to go, the good way and the wrong way,’ he warned tenant Brice Gouillou, then 24, on the afternoon of June 17. 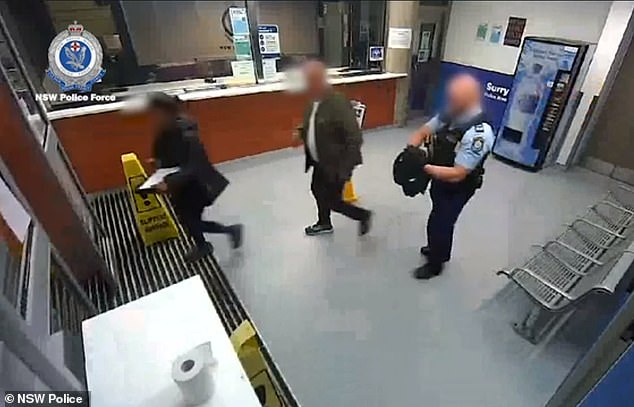 Landlord, Mario Venneri (pictured centre) has pleaded guilty to assault and intimidation over a dispute with the tennant, Brice Gouillou

‘Give me your phone, you are going to be in trouble if you don’t pay me.’

After evicting the sub-letter and changed the locks, Venneri waited inside the unit for Mr Gouillou, who arrived with a friend, aged 23.

He texted ‘come now mate’ to Anthony ‘Tony’ Joseph Mowad, 57, and ordered the younger men place their hands on the table.

Explaining he knew of the secret sub-letter and the rent she’d paid, Venneri demanded $6650 rent owed to him – moving zip ties and a bike lock he’d placed on the table.

When little changed, Mowad asked Venneri to ‘get your other friend to come here’, prompting Venneri to threaten ‘if you think I am bad, he is worse’.

‘Johnny, it’s your time now,’ he spoke into his phone before making aggressive demands for the unpaid rent. 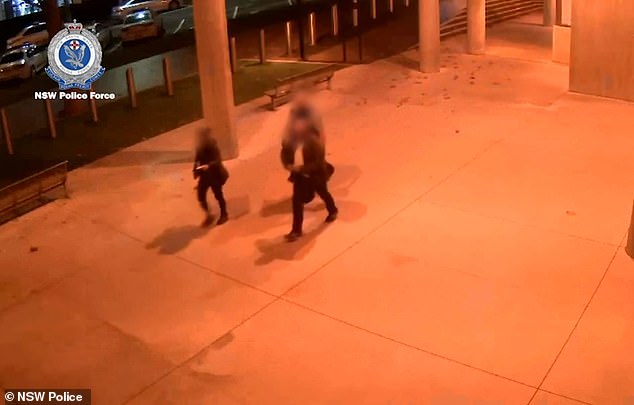 The tenant was secretly subletting of the two-bedroom terrace home for $700 a week. Pictured: CCTV footage

Mowad said: ‘You French guys … want to come here and rip people off during COVID and think you are going to get away with it. You are f***ing stupid’.

Venneri then said: ‘We will solve this problem’.

The fearful Mr Gouillou soon after transferred Venneri the full amount before all left the home.

‘This has been a Quinton (sic) Tarantino moment for us to talk about in our later years,’ Venneri texted his mate, in celebration that evening.

‘I’m happy you tough with them straight away. It put them in a spin and flooded them with fear,’ Mowad replied.

Arrested the next day, Venneri had made full admissions to police.

The pair on Thursday pleaded guilty through their lawyers to intimidation charges, with Venneri also admitting to assaulting each man.

Prosecutors withdrew charges of detaining a person for advantage.

Each is expected to be sentenced in the Downing Centre Local Court on March 5. 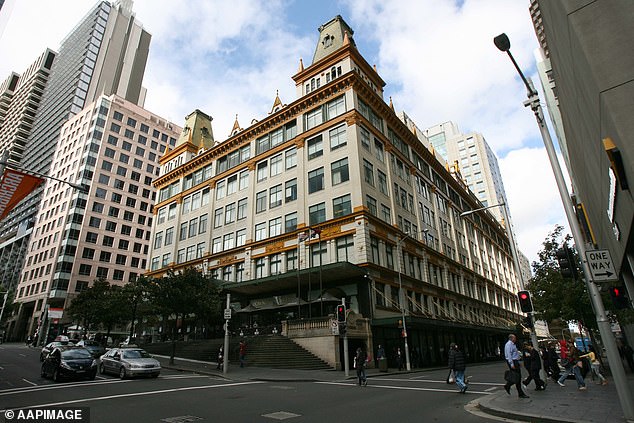 Mr Venneri had made full admissions to police and was arrested. Pictured: Downing Centre Local Court

UK weather: heatwave to continue into next week