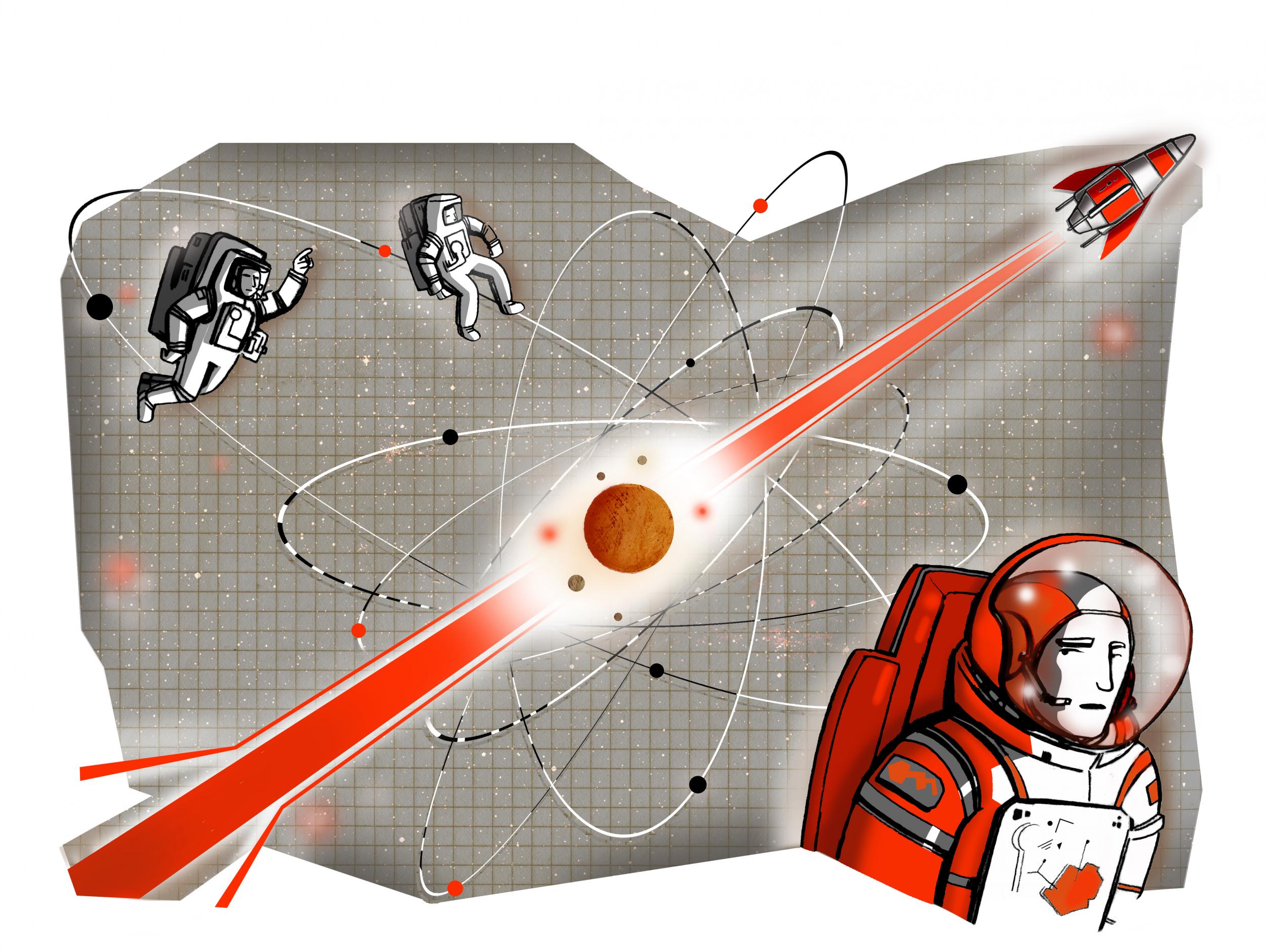 Where do you want to boldly go? As part of the Evening Standard’s STEM Project, we’re setting a series of challenges for young people, asking how science, technology, engineering and maths skills can be used to solve problems.

For our second STEM challenge, we’d like you to be inspired by Professor Michele Dougherty – principal investigator for the European Space Agency’s Juice mission to Jupiter’s largest moon – and plan a space mission to a destination within Earth’s solar system.

Once you’ve made your plan, create a poster outlining the key elements: your destination, scientific purpose, how you’d get there, and what cargo you need to take.

Illustrate your plan with drawings and pictures, perhaps showing your mission spacecraft and the planet, moon, asteroid, comet or other celestial body it will visit.

You could do that using paper and pens, or you could use Canva or other graphic design software.

Human space exploration is focused on the Earth’s solar system: our sun, its planets and other celestial bodies including moons, asteroids and comets.

Simon Foster, a solar terrestrial physicist and TV presenter who works at Imperial College London’s Space Lab, suggests choosing a destination that hasn’t been visited by other missions.

There have been numerous missions to Earth’s moon and the planet Mars, for instance.

Jupiter Icy Moons Explorer: What is the 2022 mission searching for?


“We always look to go somewhere we haven’t been before,” says Simon. “How about Venus? It’s very hot [surface temperature: more than 400C/752F]. How would you overcome that challenge?”

Richard Baughen, a space instruments engineer at Imperial College London, suggests considering a destination in the outer solar system: the planets Jupiter, Saturn, Uranus and Neptune, and their moons (more than 200, at the last count).

There has been relatively little human exploration of the outer solar system because it’s so far away: the New Horizons mission spent nine years getting to Pluto and the Kuiper belt.”

“There’s so much out there. Until we go there and have a look we won’t know.”

Why are you going to your chosen destination? What goal do you want to achieve?

Nasa’s Apollo programme succeeded in its objective of putting the first humans on the moon. Since then no humans have travelled beyond Earth’s orbit, and space missions have been conducted by robotic satellites.

Could you make a human-powered plane?


They focus on scientific goals and learning more about our solar system: studying planets, moons or other objects looking for signs of alien life and whether the destination is habitable by humans (the main objective of the Juice satellite).

You could also go looking for valuable minerals — such as gold, zinc and platinum — that could be mined and brought back to earth or used for construction in space. Or you may decide to go somewhere because it hasn’t been visited yet just to find out what’s there.

Robotic satellites are launched on large chemical-fuelled rockets to reach Earth’s orbit. These are jettisoned before the satellite proceeds on its journey into space, where smaller chemical or electric powered thrusters make speed and course adjustments. Electricity for computers and other equipment is supplied by solar panels or small nuclear generators.

This existing technology is the tried and tested way of getting to your destination — we know it works.

What does an aerospace engineer do?


However, we also know its limitations. If you want to travel faster, further, carry more cargo, have more powerful on-board systems and make it easier to send humans on missions, you might need to consider new technologies.

One of the biggest limitations on space vehicles launched from Earth is the power and speed needed to escape the planet’s gravitational field. What if you built your space craft on the moon, using locally sourced materials and fuel?

You’ll want instruments to measure and record the physical environment at your destination. And, if you decide to send humans on your mission you’ll need a bigger vehicle for them to live in, with an oxygen supply and other essential life-support systems.

And some handy advice…

Richard Baughen, 29, who is working on the Juice mission to Jupiter, says: “Keep it as simple as you can.

What is it like to study aeronautical and astronautical engineering?


“In engineering we often say ‘what will be the simplest solution?’, because that’s probably going to be the best one.

“If you’ve got a primary goal and you achieve it then that’s all you need to do, don’t overcomplicate it.”

We can’t wait to see what you come up with.

You can email us your posters: stem.challenge@standard.co.uk

Thieves steal bulldog puppies worth £5,000 each and blind owners with ‘ammonia’ spray in home raid

Vaccine is a reason to be cheerful — but careful too