Teenage driver who dragged PC Andrew Harper to his death should have been given a life sentence, says Attorney General 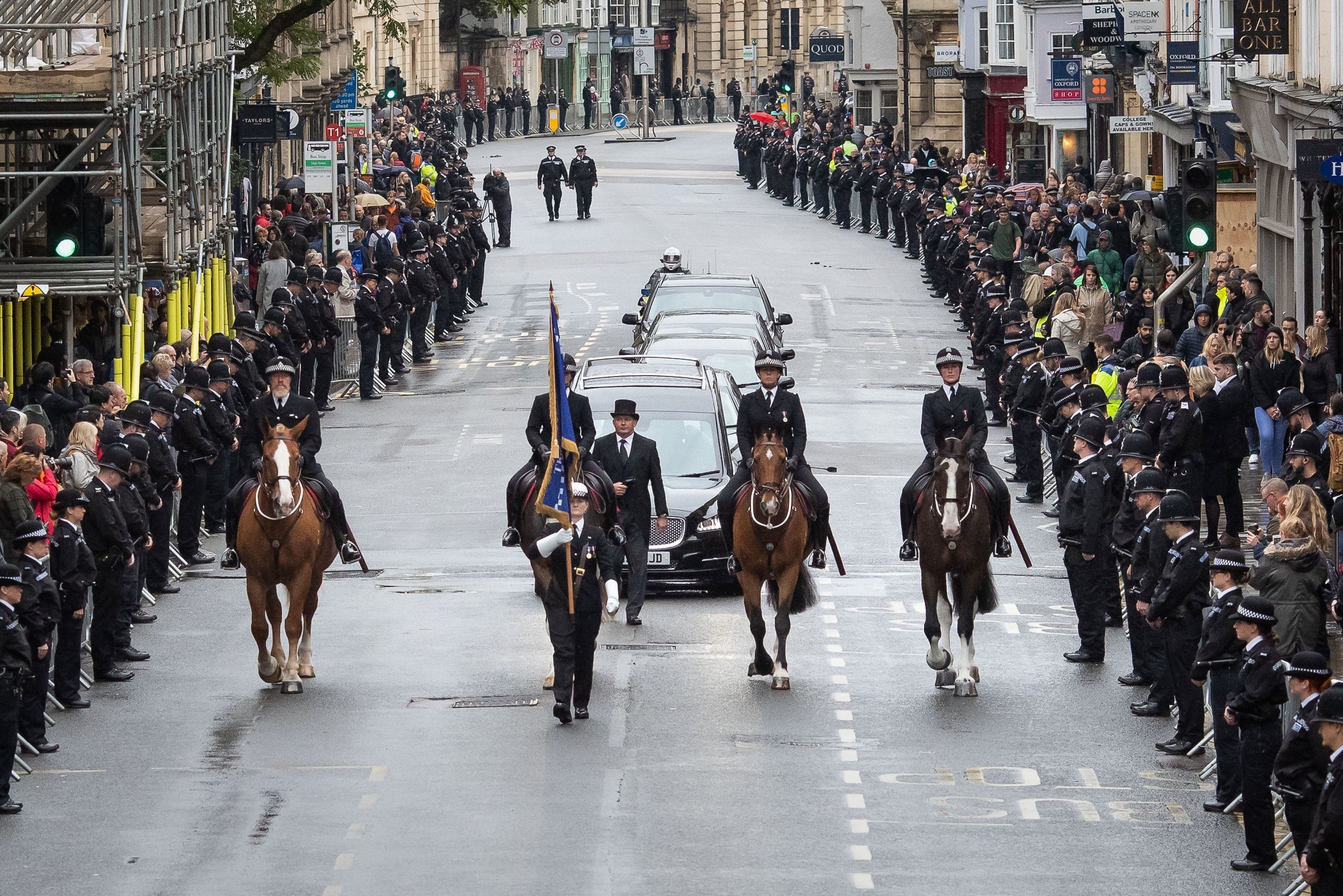 he teenage driver who dragged PC Andrew Harper to his death should have been given a life sentence, the Attorney General told judges today.

Henry Long, 19, was jailed for 16 years over the manslaughter of the Thames Valley Police officer, who suffered horrific injuries when pulled behind a car along a country lane.

Attorney General Suella Braverman today mounted an appeal for their sentences to be increased, arguing Bowers and Cole should be locked up for longer and Long deserved a life sentence.

“These are sentences that have caused and continue to cause widespread public concern”, she told the Court of Appeal.

“It appears to me that the sentences passed on the offenders were unduly lenient.”

Mrs Braverman, handling the appeal herself, said the judge had “correctly” concluded Long was dangerous and would pose an ongoing risk to the public when set free from prison.

“Having concluded this was a very serious case of manslaughter – a case very close to murder in seriousness – the judge should have imposed a life sentence”, she said.

“The seriousness of the offending and ongoing risk were not, and could not, be adequately met with an extended determinate sentence.”

She said PC Harper “paid the ultimate price for his bravery and this should be reflected in the sentence”, arguing a life sentence must be imposed: “If not in a case such as this, then when?”

Mrs Braverman argued the sentences for Cole and Bowers had stemmed from a lighter sentence for Long, and she suggested trial judge Mr Justice Edis had given too much weight to their age and learning difficulties.

PC Harper, 28, was caught in a crane strap attached to the back of a car driven by Long and dragged to his death down a winding country road on August 15 last year.

The officer was newlywed and had worked beyond the end of his shift when he was killed.

The three teenagers had set out that night to steal a quad bike from a Berkshire farm, but were interrupted by PC Harper and a colleague.

All three were cleared at trial of murder, but the judge found at sentencing that Long knew he was dragging something behind the car as he sped away.

He reached terrifying speeds on the narrow lanes before PC Harper’s body eventually came free from the tow rope.

Dame Victoria Sharp, Lord Justice Holroyde and Mr Justice William Davis are considering the Attorney General’s plea for the sentences to be increased, as well as representations by lawyers for Cole, Long, and Bowers that the jail terms should be reduced.

US Election ‘Was A Total Fraud’, Trump Insists

Three people have been arrested for murdering three best friends