Teenager, 15, shoots himself with a spear gun while fishing with mates

A teenage boy has shot himself with a spear gun while spearfishing with friends late at night.

The 15-year-old was swimming with two friends when he accidentally speared himself in the foot at 11.05pm on Wednesday.

The three friends managed to swim to shore and call for help at the bottom of a cliff face near Townsend Bluff in the seaside town of Inverloch in Gippsland, Victoria. 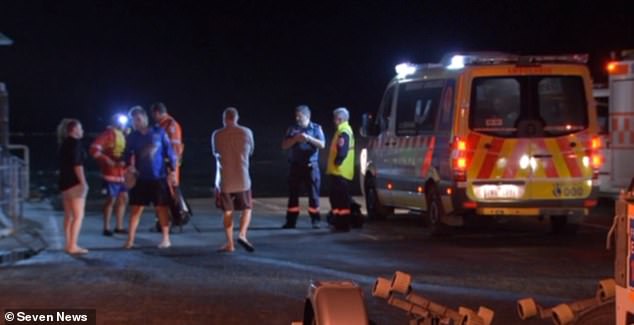 Paramedics responded to a 15-year-old boy who accidentally shot himself in the foot with a spear gun near Townsend Bluff in the seaside town of Inverloch in Gippsland, Victoria at 11:05pm on Wednesday 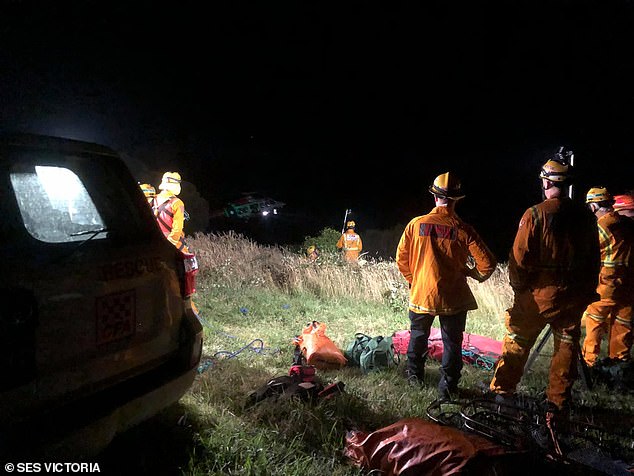 SES Crews and a helicopter (both pictured) rescued the injured boy, who was trapped at the bottom of a cliff with his two friends. The boy was winched to safety and then airlifted to hospital

Paramedics, SES Crews, the Country Fire Authority and Victoria Police were called to the scene shortly after.

A VICSES spokesman said ‘conditions were difficult, including the added hazard of a rising tide’.

‘It was eventually decided that winching via helicopter would be more appropriate course of action for the injured person,’ he said.

The injured teen, from Korumburra South, was then airlifted to Traralgon Public Hospital in a stable condition with a serious injury.

The injuries are ‘non-life threatening’.

His two friends were collected by an SES boat and taken safely to shore.

Though the teenager survived, two people died on Victorian beaches on Wednesday night. 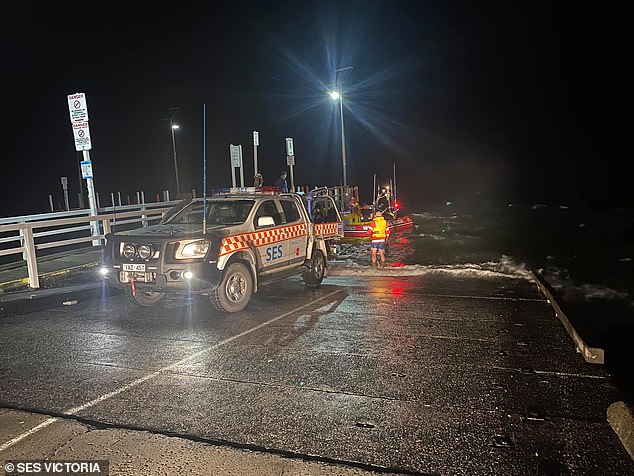 VICSES deployed a boat to save the remaining two boys. They were rescued and taken safely back to shore 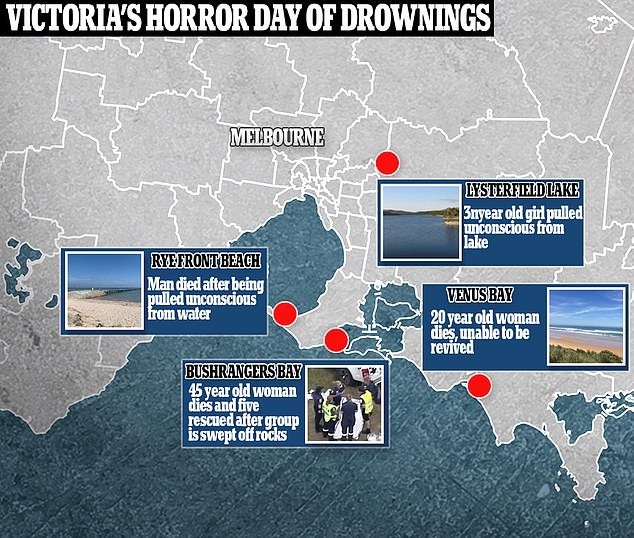 While he teenager survived, two people died on Victorian beaches on Wednesday night. A three-year-old girl was also pulled unconscious from Lysterfield Lake

A woman in her 20s went to help a young teenage girl who was seen struggling in the water at Venus Bay at 7:30pm on Wednesday.

The woman also got into difficulty and was pulled from the water by an off-duty lifeguard, who performed CPR on her but could not save her.

The teenage girl made it safely to shore.

Meanwhile at Bushrangers Bay, four people were swept of the rocks at 3:30pm on Wednesday, prompting two members of the public to try and save them.

All six people then needed rescuing. A 45-year-old woman died and five people were rescued by emergency services.

Lastly, a three-year-old girl was unresponsive when she was pulled out of Lysterfireld Lake, 38km south-east of Melbourne, on Wednesday afternoon.

She was taken to hospital, where she remains in a critical condition. 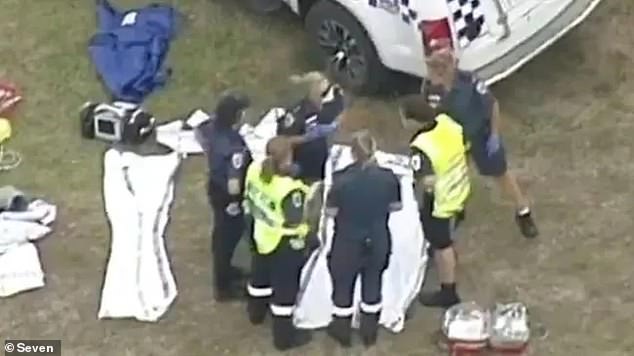 Florida man, 33, ‘shot his girlfriend dead and wounded roommate who tried to shield her body’

Alcoyano 2-1 Real Madrid: Zinedine Zidane’s side lose after being taken to extra time

$855,000 Mercedes AMG is written off after it smashed into a TRAM barrier in Melbourne