A deadly Eastern brown snake has been found at a home in Sydney after the family dog ‘went nuts’ in the garden.

The video shows the angry snake twisting and lunging at the handler several times throughout the struggle. 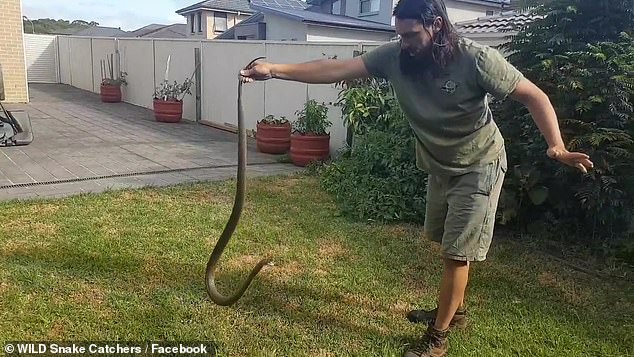 The family had been relaxing on the deck when they were alerted to the snake by their dog, who began to claw at the timber panels.

On closer inspection the family could see silvery-brown scales moving underneath the deck. The venomous snake began to poke its head through the gaps in the panels in an attempt to get through.

A professional snake catcher from WILD said he thought the serpent would be a ‘whip snake’, as the species is common in South-Western Sydney. 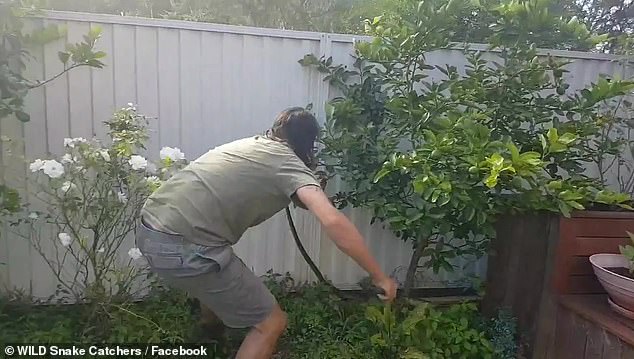 But after crawling underneath the deck and prodding at the weed mat underneath, the handler realised he was dealing with a gigantic Eastern brown.

The snake shot out from under the deck to hide in the garden.

The video shows the handler running into the backyard before grabbing the monster snake by the tip of its tail.

Snake catcher Kane described the beast as ‘one of the most dangerous snakes’ he has ever handled. 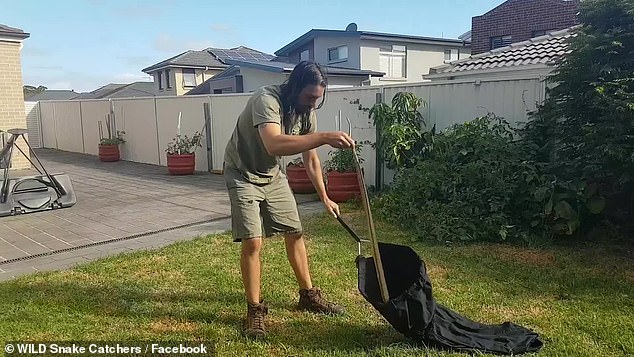 The snake lunged at the handler multiple times during the video, with online commentators praising Kane for his skills and bravery

‘It was big, strong, unruly and dangerously venomous’.

The video ends with the handler securing the serpent in a snake tube. The Eastern brown was then released into bush land far away from the home.

Online commentators praised handler Kane for his skills and bravery in the video.

‘Bloody nice work mate! That brown was locked and loaded!’ one commenter said.

Eastern brown snakes have adapted to living in urban environments

The specie is known for being bad-tempered, fast moving and aggressive

Paralysis is slow however, with majority of patients receiving antivenin in time