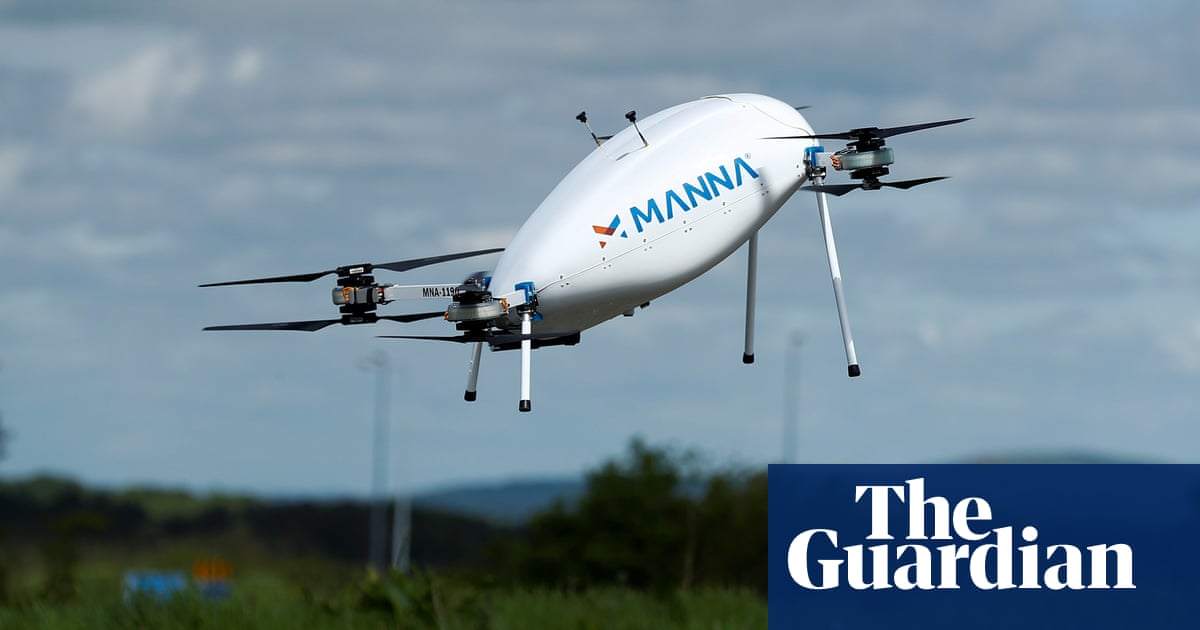 Tesco is to trial home deliveries by drone in a move that could allow small items to be despatched to customers within 30 minutes to an hour of ordering.

Britain’s biggest retailer has teamed up with the drone delivery company Manna and will conduct the six-month trial next month delivering essentials from its Oranmore store in Co Galway, Ireland, where Manna has a licence to operate.

The trial is aimed at “small baskets” – a market Tesco estimates will be worth £10bn in the UK in the coming years.

Dave Lewis, the chief executive of Tesco, said: “They [Manna] have already proven the capability, the question is how do we take that capability and apply it to Tesco and that’s the detail that’s been worked on now before we get to the trial.”

Claire Lorains, group innovation director at Tesco, said: “We are interested to see how drones could be part of the solution to deliver to our customers on-demand small baskets. If our trial with Manna is successful, we believe there is an opportunity to reach many customers through our stores, extending via our drone service.”

Any expansion of Manna’s drone delivery services will require approval from the Irish Aviation Authority. Manna said that its drones fly at an altitude of 80 metres and a speed of over 50mph – delivering within a 1.2-mile (2km) radius in less than 3 minutes.​

Food retailers around the world have expanded their delivery services since the Covid-19 pandemic and several are following Amazon in trialling drones. The online retail giant started testing drones several years ago. Amazon claimed its first successful Prime Air drone delivery in Cambridge in December 2016 when it delivered a TV streaming stick and bag of popcorn directly to the garden of a nearby customer.

Walmart, the world’s biggest retailer which owns the UK supermarket chain Asda, also said on Wednesday it would run a project to deliver grocery and household products via the drone delivery firm Flytrex.

Can YOU ace this general knowledge quiz? Multiple choice challenge could give you idea of your IQ

England and Wales captured in a set of stunning drone photos, from the Jurassic Coast to Stonehenge

Malaysia: Slow-paced, stumped, stuck in the past

Teed off after teeing off! Trump loses it during Thanksgiving Day round of golf