A man in Texas was shot in the leg by his dog whose paw set off his pistol.

The unidentified man, from Plano, had his pistol tucked inside his waistband when he bent down to pick up his pet.

When he did his dog’s paw got lodged in the trigger and sent off the weapon, sending a bullet into his thigh. 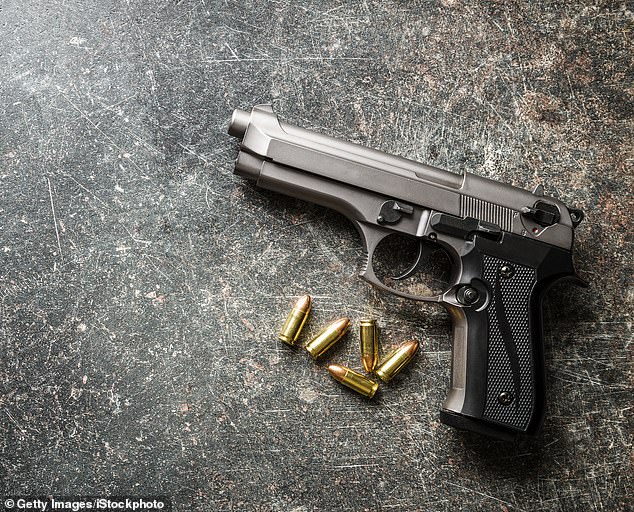 A man in Texas was shot in the leg by his dog whose paw set off his pistol, the Plano Police Department announced Monday

The man drove himself to the hospital and his injury is not life-threatening, authorities said Monday.

‘Fortunately, it was just a through and through shot — it didn’t hit a main artery or anything,’ Plano police officer David Tilley said to the Dallas Morning News.

‘He took himself to the hospital and he’s fine,’ Tilley added. 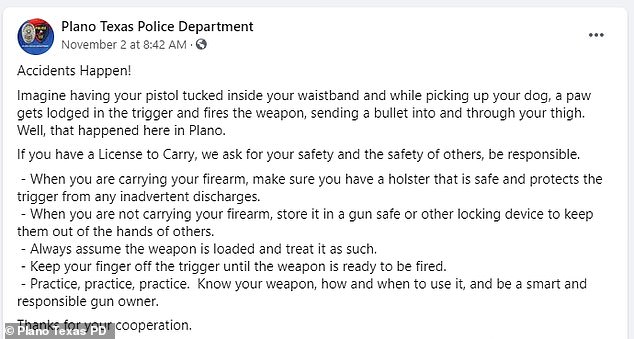 The incident prompted Plano Police to release guidelines for safe and responsible use of firearms including making sure the holster is safe and protects the trigger from inadvertent discharges.

‘If you have a License to Carry, we ask for your safety and the safety of others, be responsible,’ police said.