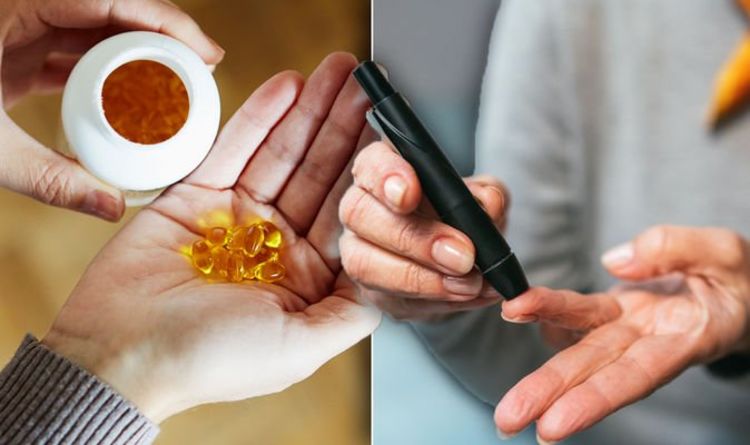 Diabetes is a common condition that affects more than four million people in the UK, and 90 percent of cases are caused by type 2 diabetes. You could lower your risk of developing high blood sugar symptoms by regularly taking chromium supplements, it’s been claimed.

Diabetes could be caused by the body not producing enough of the hormone insulin, or the body not reacting to insulin.

Without enough insulin, the body struggles to convert sugar in the blood into usable energy.

But making just a few lifestyle changes could make a huge difference to your chances of developing the condition.

You could protect against high blood sugar by taking chromium supplements, a nutritionist has revealed.

“For those wanting to try and prevent the development of diabetes, and work on keeping their blood sugar levels balanced, making changes to your diet is the most important thing,” said Logan.

She told Express Health: “Decreasing sugar intake and changing from simple [white] carbohydrates, to complex [wholegrain] options, whilst also increasing fibre and protein, are small changes that can have a big impact to overall health.

“In addition to these vital dietary changes, there are some supplements and ingredients which may help to support healthy blood glucose levels, such as the mineral chromium.

“Chromium in the body forms part of a substance called chromodulin, which is said to help insulin perform its actions in the body – keeping healthy blood sugar levels balanced.”

Meanwhile, you could also lower your risk of diabetes by regularly taking cinnamon supplements, it’s been claimed.

The spice helps the body to respond to insulin, allowing more sugar into your cells.

It’s best to take 250mg of cinnamon extract twice a day, and before meals, according to dietitian Marsha McCulloch.

But, for non-extract supplements, 500mg twice a day would be better.

Many people may be living with diabetes without even knowing it, because the symptoms don’t necessarily make you feel unwell.

The most common diabetes symptoms include extreme fatigue, having an unquenchable thirst, and having cuts or wounds that take longer to heal than normal.

But you could lower your risk of the condition by eating a healthy, balanced diet, and by doing regular exercise.

Everyone should aim to do at least 150 minutes of moderate-intensity activity every week.

Man, 32, from Glenn Innes in NSW, accused of plotting to have sex with child under the age of 10

Closing down classrooms only reduced coronavirus cases by 4% in NYC

Ten death row inmates in Oklahoma could get new trials

DANNY MURPHY: It’s clear that Thomas Tuchel made a mistake in taking off Callum Hudson-Odoi

Hellas Verona 1-1 Juventus: Cristiano Ronaldo’s 26th goal of the season is in vain