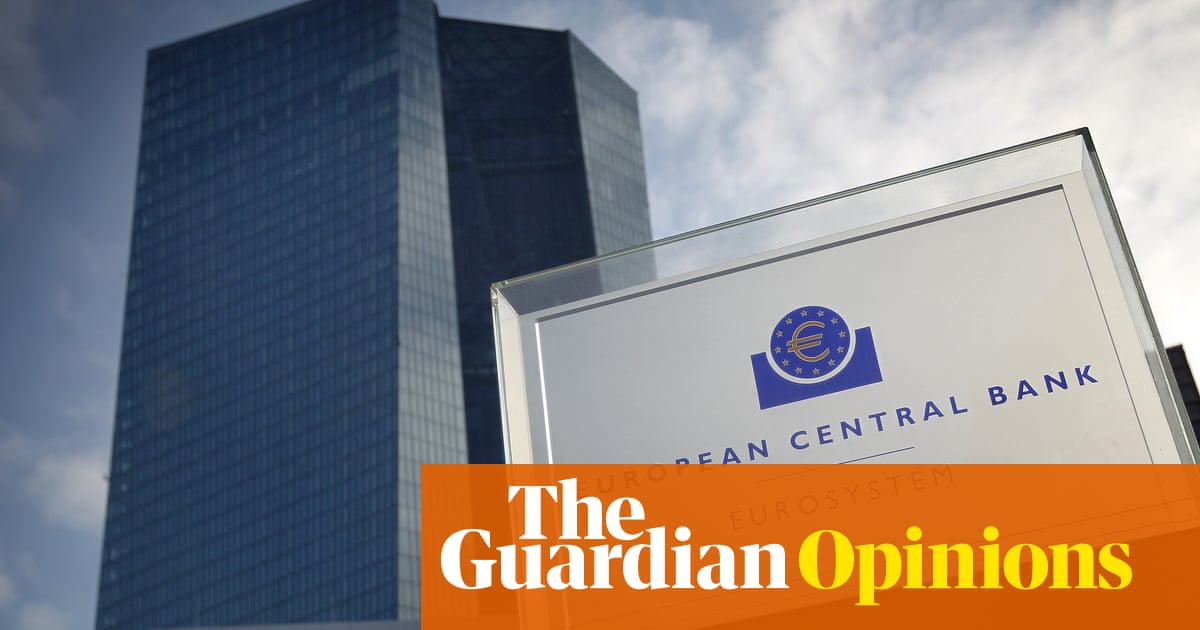 In an emergency, the normal rules do not apply. Coronavirus has shown the EU can do things differently. Early on the commission dumped its obsession with balancing the books. The prohibition on monetary financing of government debt by the European Central Bank (ECB) was dropped. This allowed member states the freedom to mitigate the damage of a Covid recession without worrying too much about borrowing levels.

That fear was well-founded. The EU had used high debt levels as a reason to intervene in public policy. Emma Clancy, an economist for the leftwing block of MEPs, has noted the commission had used debt burdens to ask member states to cut spending on, or privatise, healthcare services 63 times between 2011 and 2018. In the EU there is often an Olympian disdain for critics of its fiscal and monetary rules. This is understandable. No one likes to be reminded of one’s own mistakes.

But the EU’s architecture needs a shake-up. The bloc was on the edge of recession before coronavirus sent member states into a slump. The EU was wrong not to take a long look at itself after a decade of needless mistakes. In 2012 rigid adherence to its rules converted a private debt crisis into a public debt crisis in southern states, choking off growth with self-imposed austerity. As economies flatlined the bond markets boycotted those nations that looked to be running out of cash. The ECB sat on its hands, happy for “market discipline” to work its way through the system. Public services shrank and unemployment spiralled upwards. Populists found fertile ground for their bitter politics.

But not everyone was hit hard. Germany was barely dented by the eurozone crisis. When coronavirus struck Berlin could muster the largest response in the EU. Countries such as Italy, Spain and France did not have the capacity to do the same. States are diverging not converging. Both the European commission and the ECB are moving to change their rules. It’s difficult to say where they are going. The voices for reform are growing louder. The Hans-Böckler-Stiftung thinktank, allied to German trade unions, advocates a looser EU fiscal policy. The current rules say that EU states ought to keep debt below 60% of GDP and run budget deficits of 3%. To impose such targets today would produce a continent-wide depression. Eurozone debt is forecast to rise to above 100% of GDP next year, while average deficits will be 8% of GDP. No wonder France’s Europe minister says it’s unimaginable that budget restrictions could return. To hit treaty targets would require not blood-letting but amputation.

The EU should use this crisis to do capitalism differently. This requires a rethink of what governments are for: rather than simply fixing market failures when they arise, they ought to deliver sustainable and inclusive growth. This means jettisoning austerity-inducing budget rules. The ECB should be allowed to purchase national bonds, based on the social needs of member states. This would allow EU nations to spend without fretting about debt. The former German finance minister has sounded a note of caution about such steps. But corona-related public debt has been monetised by the ECB and there’s been no rise in inflation.

The EU ought to adopt, not outlaw, Keynesian policies. Across the continent deflation looms and unemployment is rising. There’s insufficient internal eurozone demand to sustain German, let alone Europe’s, industry. EU governments tied their hands by adopting external constraints that could be blamed for unpopular policies. International institutions were scapegoated and macroeconomic choices were not debated. Britain may have left the club but ought to care. The EU’s changes should not come at the expense of European cooperation. Governments that maximise citizens’ wellbeing would be a better basis for a renewed European project than one presented as the inevitable outcome of a harsh globalisation.

Liam Delap: Things to Know About the Manchester City Youngster

16 products that can improve your posture in 2021

Trump vs Biden on Medicare: How each wants to change the insurance program

Australian singles reveal what your favourite emojis say about you

Senator Roy Blunt, a Missouri Republican, Will Not Seek Re-Election

This entrepreneur runs her design firm, publishes books and mentors young people. Here’s how you do it successfully.