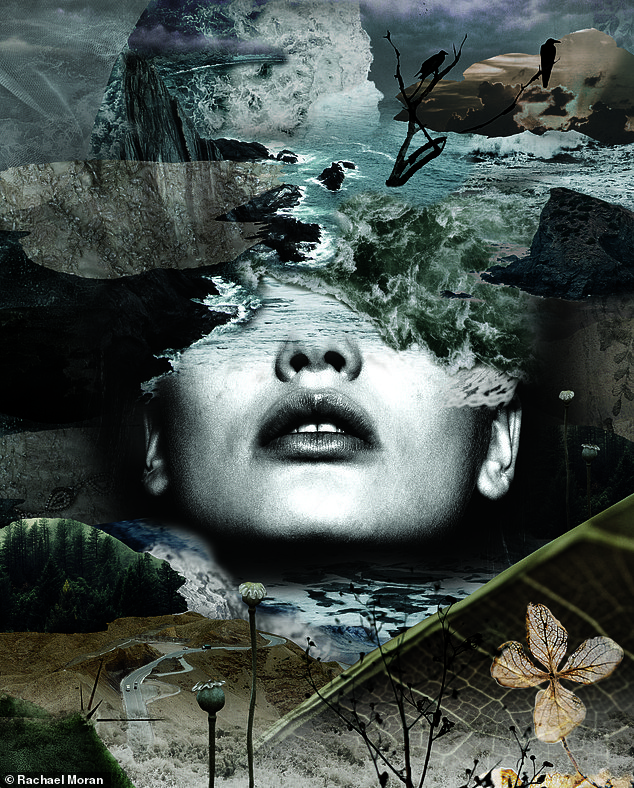 As the pandemic continues to have a devastating impact on mental health, three women tell Anna Moore why ending it all felt like their only option – and how a small act of kindness brought them back from the brink

On a rainy autumn night in 2013, Malan Wilkinson stood on the wall of a 130ft bridge, soaking wet, crying hard, brain racing, her mouth so dry she could barely breathe.

For several months, she’d been slipping. ‘That year, I’d married my partner and it had only lasted a couple of months,’ says Malan, now 35. ‘I was still waiting to get to that place where I felt things were going to get better – and they didn’t.

‘Small things go first, like brushing your hair, then your teeth. An hour begins to feel like a day, time is so slow. I’m one of triplets but I hadn’t told my sisters, or anyone, how bad things were. I didn’t want them to worry. I didn’t want to be a burden.’

Cars were slowing, horns were beeping, but none stopped. ‘I really did want to end my life,’ remembers Malan. ‘I was trying to find the definitive moment where everything made sense and I’d jump.’

Then a man appeared below her. ‘He said, “You don’t know me and I don’t know you, but I’m a teacher. I tell young people all the time that this is not the answer. There are lots of answers, I promise you. You will get through tough times. Please come down.”’ Malan told him to leave, but he stayed.

‘I was extremely rude to him, but he was just so compassionate,’ says Malan. ‘I lost the moment. Then I heard sirens. I did come down and he asked for a hug. We held each other for a long time, not saying anything – this man I didn’t even know.’

The next three months were spent in hospital, the start of a long, slow road to recovery involving medication and therapy. Malan still has weekly walks with her psychiatric nurse – and she also has much to be grateful for. Last year she had a wonderful holiday in Aberdaron, on the western tip of the Llŷn Peninsula. She has written a Welsh-language book Rhyddhau’r Cranc (Freeing the Crab) about mental health, which was shortlisted as a Wales Book of the Year. She loves her job as a Welsh-language radio and TV producer.

‘I feel privileged that I’ve had these years,’ she says. ‘It changed the way I thought about people – they do care. “The end” as I thought it was on the bridge didn’t have to be my final answer.

‘The selflessness that man showed that night changed a part of me. Depression eats you alive – it’s incredible that words and a big heart can give someone so much hope in the darkest of places.’

There can be no doubt that, across the UK, mental health has been sorely tested in recent times – and many more people have found themselves in the dark place where Malan once was. Last October, the London Ambulance Service reported that call-outs to attempted suicides and suicides stood at 37 a day, compared with 22 the year before. According to the Royal College of Psychiatrists, almost half of psychiatrists saw an increase in urgent and emergency mental-health cases during lockdown. Analysis of longitudinal data (which tracks the same individual or household over a certain length of time) by the Institute for Fiscal Studies found that mental health has worsened substantially since the start of the pandemic – by 8.1 per cent on average, with adults and young women the hardest hit.

Azhar, a Samaritans volunteer since 2018, confirms that most of his calls are Covid-related. ‘It’s fair to say that the disease and its ramifications have affected everyone,’ he says. ‘I’ve recently spoken to someone who hasn’t seen her granddaughter since she was born. Another caller during the second lockdown hadn’t spoken to another person for two days.

‘There’s a huge breadth and depth of callers, whether it’s the elderly and isolated, prisoners who’ve been confined to their cells and not allowed visitors, students struggling at university or people stuck with their families and finding it overwhelming.’ And although each story is different, the rock-bottom feeling of hopelessness is the same. Suicidal feelings are fuelled by the belief that life will never get better, the conviction that recovery isn’t possible. And yet it is.

Becca Johnson, 24, came frighteningly close to ending her life in 2018. She was living alone, at the end of an unhappy, unhealthy relationship, anxious, sleep-deprived, caught in a spiral. One November night, drunk on vodka, she intended to kill herself and had the means to do it.

‘I sent some texts and my best friend was so worried, I think he must have called 999,’ says Becca, a rehabilitation support worker with the NHS. ‘Next thing I knew, there was a knock on the door.’

Two paramedics had come in an ambulance. ‘They gave me the friendliest greeting I’d ever had,’ she says. ‘One of them sat me down and told me that he suffered from depression too and had once found himself standing on a bridge. Just talking to someone who understood how I was feeling, who really related – I couldn’t believe it. It was a very special moment.’

When you’re at rock bottom, grappling with frightening thoughts, speaking to someone is an important first step, says Konnie Ali, advice and information officer from the charity Rethink Mental Illness. Call 999 in an emergency, otherwise your GP, NHS 111, an emotional support line, or anyone you trust – a friend, family member, mentor or colleague. 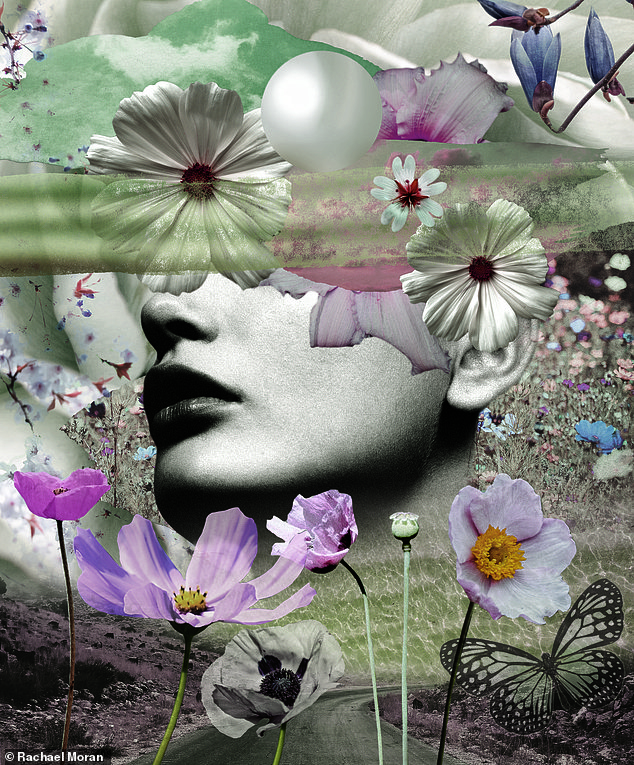 Nicole*, 30, a media worker and mother of a seven-year-old son, believes calling the Samaritans saved her life. At 25, despite having everything she’d ever wanted – a child, a relationship, a successful business – the traumatic events from Nicole’s childhood caught up with her and rose to the surface.

‘My mother had problems with alcohol and was in an abusive relationship,’ says Nicole. ‘I lost my dad at 16. I witnessed things I shouldn’t have, but didn’t have the level of awareness to realise how much it impacted me. I’d always had extreme emotions but at 25, it was just complete hopelessness.

‘It’s hard to put into words the pain I was feeling. I didn’t want to wake up each morning, but I had a son so there was a lot of guilt. I didn’t want to be here but I had to be here. My son needed me, although I felt I wasn’t good enough as a mother. I wanted to do anything to escape the pain, even if it meant leaving my family behind.’

The first time Nicole called the Samaritans, she didn’t expect much. ‘I thought no one could help me, but actually those calls enabled me to help myself,’ she says. ‘I’d been quite cut off. Friends and family didn’t understand or weren’t able to support me in the way I needed. I’d usually call the Samaritans late at night in the difficult moments when there was no one awake and I needed to keep myself safe. Having someone with no agenda, who didn’t make me feel judged, allowed me to get it off my chest. Talking about how I was feeling, as I was feeling it, helped me to observe it all and detach a little bit.’

That ‘detachment’ was key for Nicole’s recovery. ‘I then began to educate myself on depression and to understand where mine came from,’ she says. ‘Whereas before I’d feel the emotions and thoughts and let them consume me, I learned to respond differently. I can think, “You’re feeling down, but this is why and that’s OK.”’

In times of crisis, do not turn to alcohol or drugs, which can impact your judgment, behaviour and emotions, advises Rethink’s Konnie Ali. It’s also advisable to move yourself to somewhere you know to be a safe place, whether that’s your bedroom, a library or your local park. Try not to be physically alone, and distract yourself in ways that work for you – it might be playing a game or even just turning on the radio. Konnie also recommends making a ‘crisis box’ to open in low moments, filled with things that might help and are personal to you – a scent, a family photo, your favourite sweets. ‘Try to think about getting through this moment, not about making decisions for next month or next year,’ she adds. ‘Try to get through the day, not the rest of your life.’

For Becca, weekly therapy as well as anti-anxiety medication, antidepressants and amazing support from her friends and family helped turn her life around. ‘I was fast-tracked to therapy and didn’t want to go. At first, I couldn’t even tell my therapist my name, I was that low,’ she says. ‘But the therapist told me that even getting in the car and coming was an achievement. ‘Over the years, the sessions helped so much – I’ve looked at my childhood, looked at everything and it has helped me understand why I am this way. It’s incredible.’

For all three women, learning to be more open about their mental health has been crucial. ‘I’m far more honest with my sisters and my family,’ says Malan. Her psychiatric nurse has also been a lifesaver. ‘One way she helped was the way she made me think about language,’ says Malan. ‘When I talk about feeling bad, my default used to be something like, “I’m done with this.” That’s like hitting a brick wall – you can’t go anywhere from it. It’s not about minimising your feelings, but learning to express them in a different way. “I’m under a lot of stress, do I need time off work?” is a healthier way of talking about it.’

Getting her sheepdog Winnie has been daily therapy. ‘Walking on the beach, we have a thousand conversations even though she can’t talk!’ says Malan. Being creative has also helped: ‘I blog every day and play the piano.’ Nicole recommends creativity in all its forms. ‘Whether it’s writing, photography or playing piano, putting my energy into something creative really helps me,’ she says. She also admits that recovery is ‘an ongoing process’, but when she recently reached her 30th birthday, she contacted the Samaritans to thank them. ‘I didn’t think I’d ever get to be 30 – I didn’t believe I’d make it,’ she says. Malan was also able to thank the man who talked her down from the bridge. ‘We met in the local art centre a couple of weeks afterwards and enjoyed some tea together,’ she says. ‘I was so nervous. How do you start to thank the person who saved your life?

‘Words seemed so insufficient, yet his words when he asked me for a hug that night held so much value. I really owe my life to him.’

The REAL rich kids of Instagram! Highest earners under 10 revealed

GameStop surges 100% as some trading restrictions are lifted

These fractional stocks, not GameStop, can outdo hedge funds at their own game, Jim Cramer says