The UK’s best secret beaches from Cornwall to Scotland

With lockdown having eased all over the UK, Britons are flocking to the country’s beaches.

But mostly to the same ones.

For those looking for a more tranquil and secluded beach experience, here’s a list of off-the-radar gems.

The list has been drawn up by bathroom retailer showerstoyou.co.uk, which set about looking for beautiful UK beaches that have low numbers of Instagram hashtags – indicating they are not visited by many people.

Included in the list is a secluded cove off the coast of Northumberland, a golden sandy stretch in the Scottish Highlands and a Devon beach near a waterfall.

Scroll down to discover the secret sandy spots, which are ranked below from the most to the least hashtagged… so as you scroll, they becoming increasingly secret. 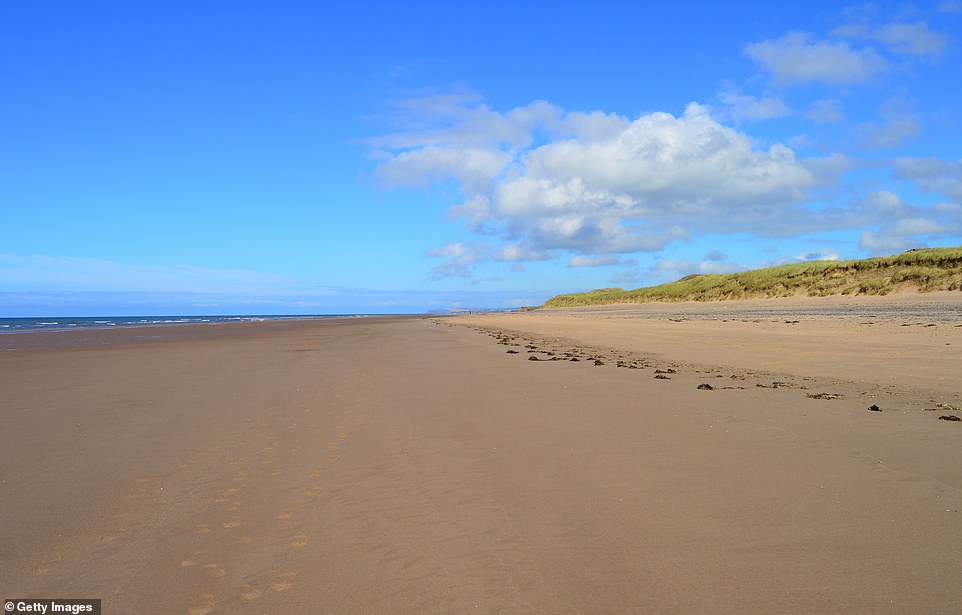 DRIGG BEACH, CUMBRIA – 658 INSTAGRAM HASHTAGS: Drigg Beach is best known for its colossal dunes, which are a designated Site of Special Scientific Interest because of the rare plants and flowers that grow on them 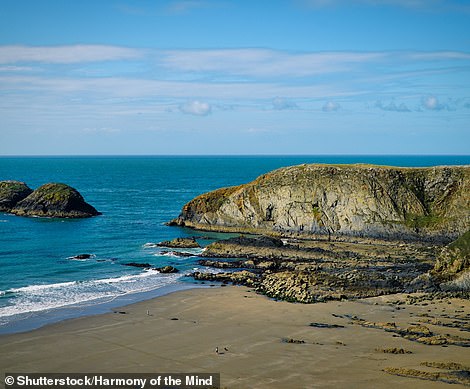 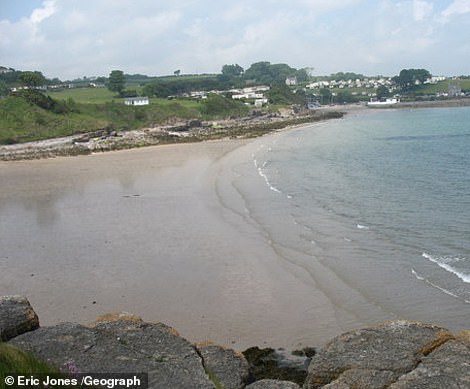 LEFT: TRAETH LLYFN, PEMBROKESHIRE – 583 HASHTAGS: Traeth Llyfn beach is located next to the villages of Porthgain and Abereiddi and surrounded by towering cliffs. Visitors must clamber down steep metal steps to reach it. RIGHT: TRAETH BYCHAN, ANGLESEY – 537 HASHTAGS. Traeth Bychan, which means ‘small beach’ in Welsh, is popular with watersports and fishing enthusiasts 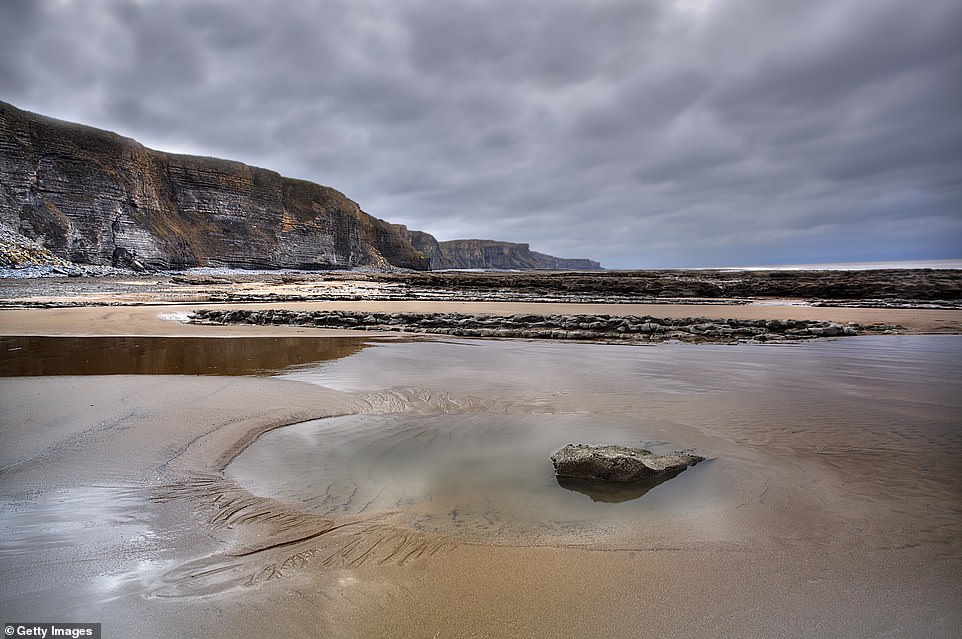 TRAETH MAWR, GLAMORGAN – 410 HASHTAGS: Located near the village of Wick, Traeth Mawr, which means ‘big beach’ in Welsh, lives up to its name when the tide is out and huge sandy stretches emerge 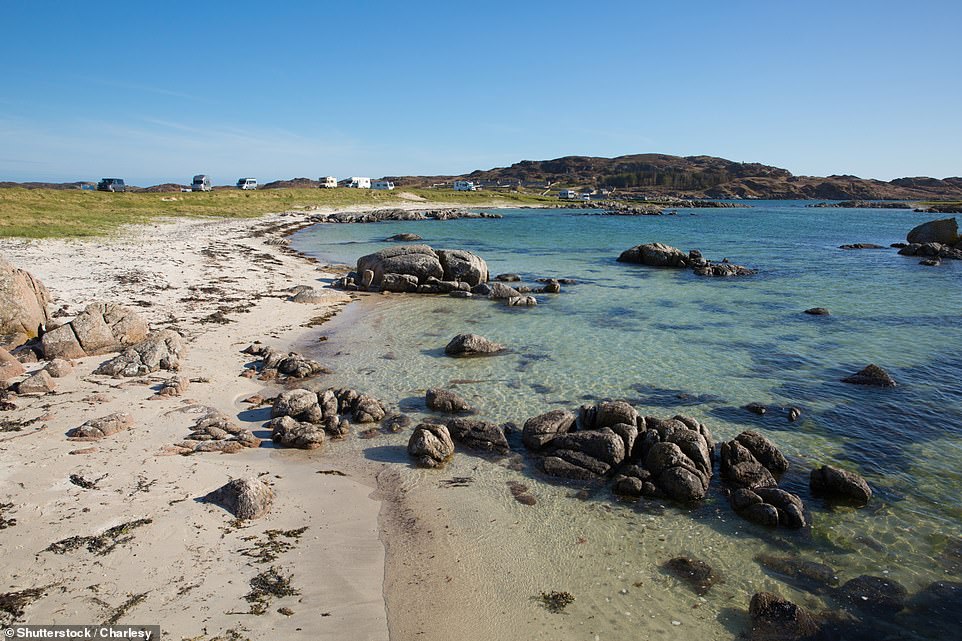 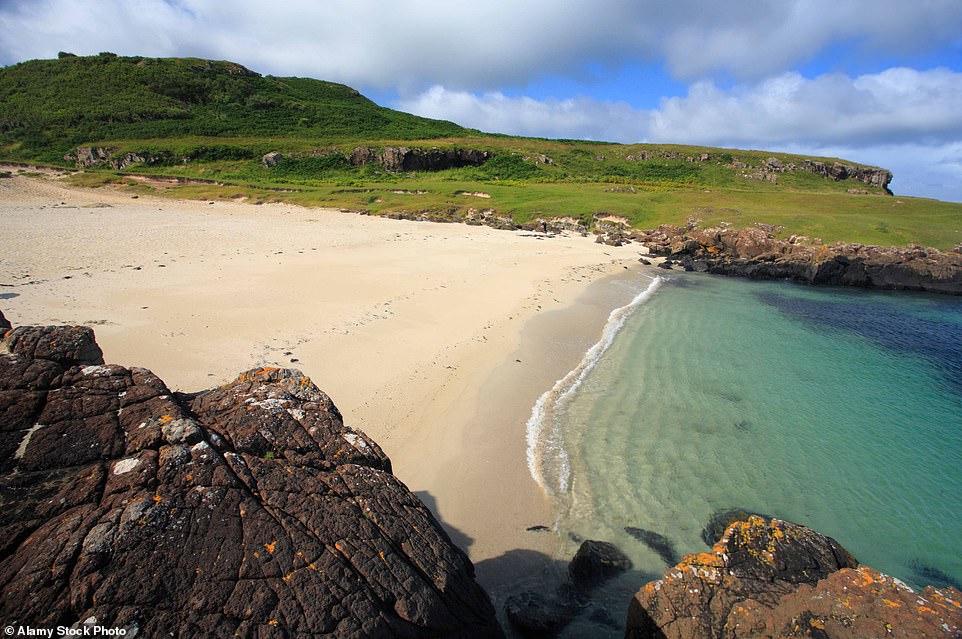 LANGAMULL BEACH, ISLE OF MULL – 314 HASHTAGS: Getting to this beach on the Isle of Mull isn’t easy – it can only be accessed via a 30-minute walk from a car park between the villages of Calgary and Dervaig. But the mini hike is worth it 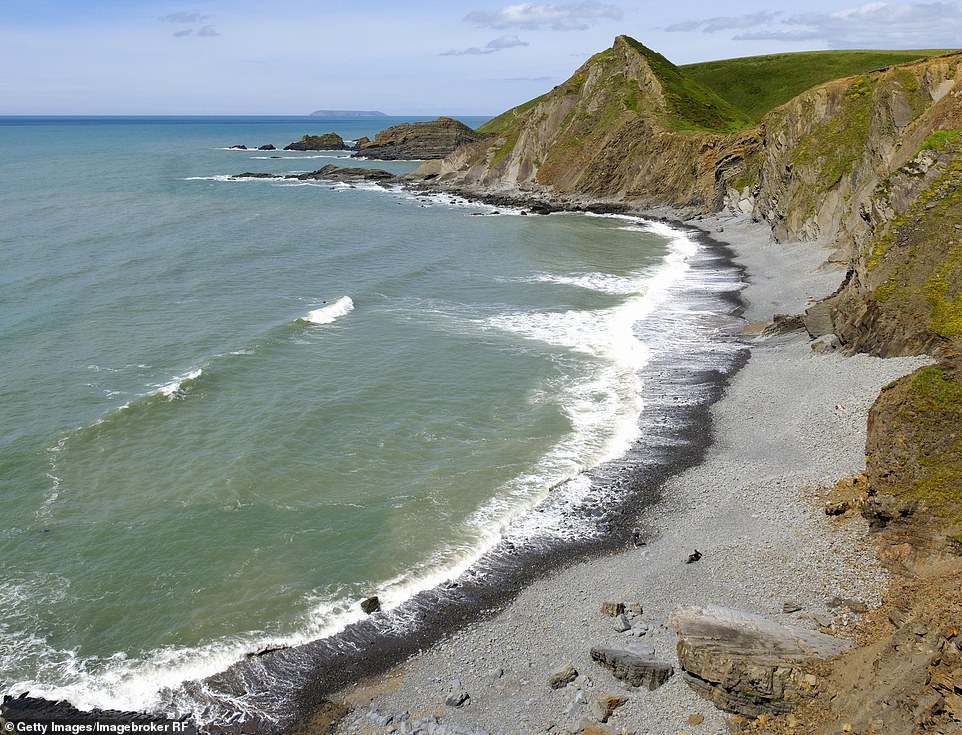 SPEKES MILL MOUTH BEACH, DEVON – 299 HASHTAGS: Located on Devon’s border with Cornwall, this alluringly rugged beach is known for its dramatic waterfall, which plummets down a 60ft (18-metre) cliff 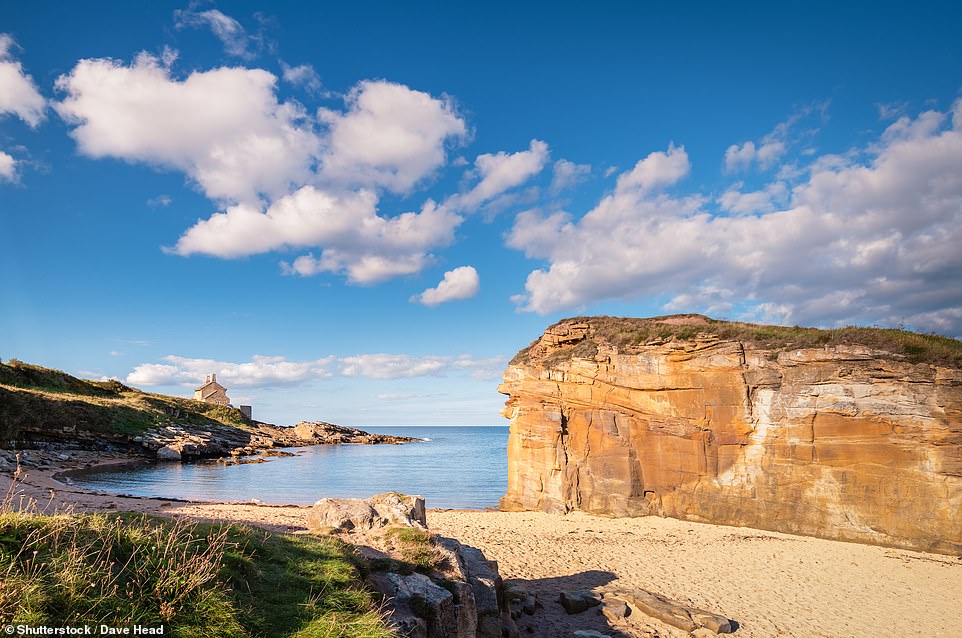 RUMBLING KERN, NORTHUMBERLAND – 244 HASHTAGS: Located near the village of Howick, Rumbling Kern is a small but perfectly formed beach that shelters behind cliffs that face inland from the North Sea 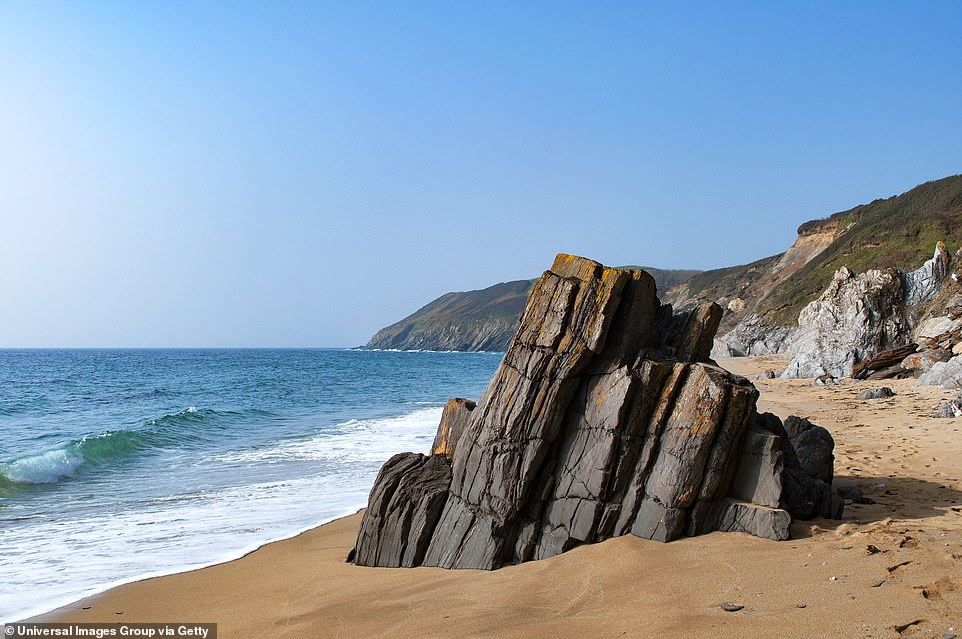 PORTBEOR BEACH, CORNWALL – 188 HASHTAGS: This beach on Cornwall’s Roseland Peninsula is surrounded by cliffs and can be reached via a 30-minute hike along the coastal path from the village of St Anthony 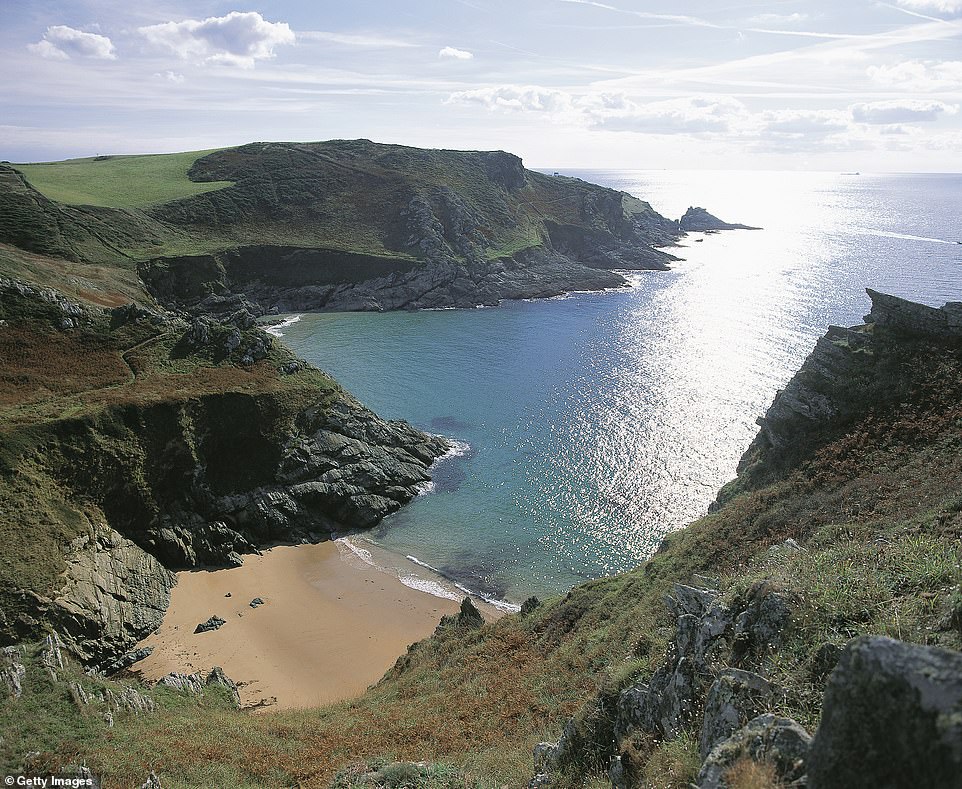 GAMMON HEAD BEACH, DEVON – 153 HASHTAGS: This bewitching sandy cove is only accessible on foot and disappears at high tide 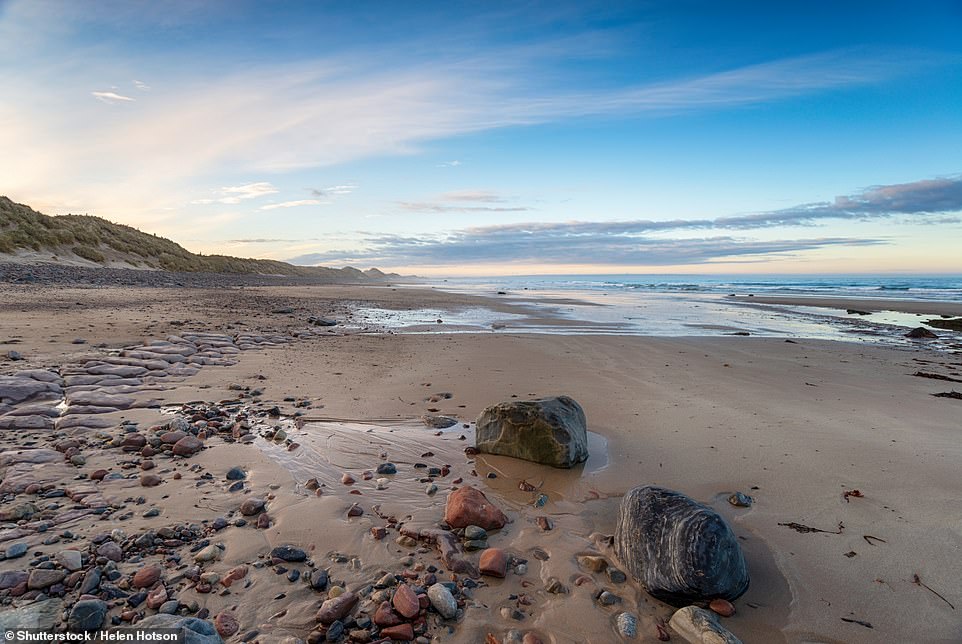 SINCLAIR’S BAY, SCOTTISH HIGHLANDS – 142 HASHTAGS: This sandy stretch is located near the town of Wick in Caithness. The beach is also known locally as Reiss Beach 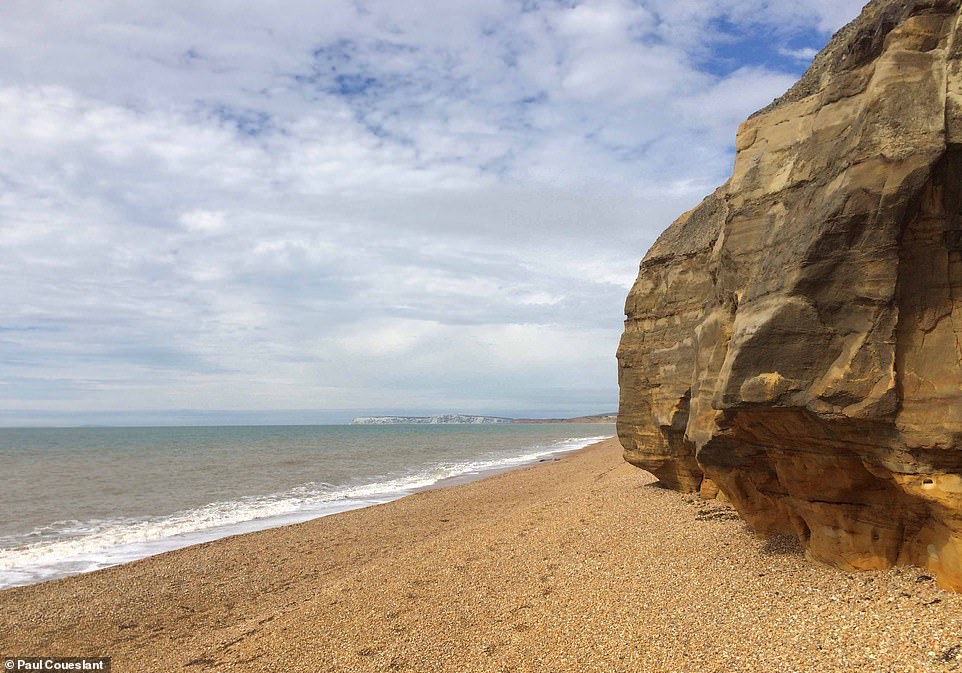 SHEPHERD’S CHINE, ISLE OF WIGHT – 86 HASHTAGS: This sand and shingle beach can be found on the south-west coast of the Isle of Wight 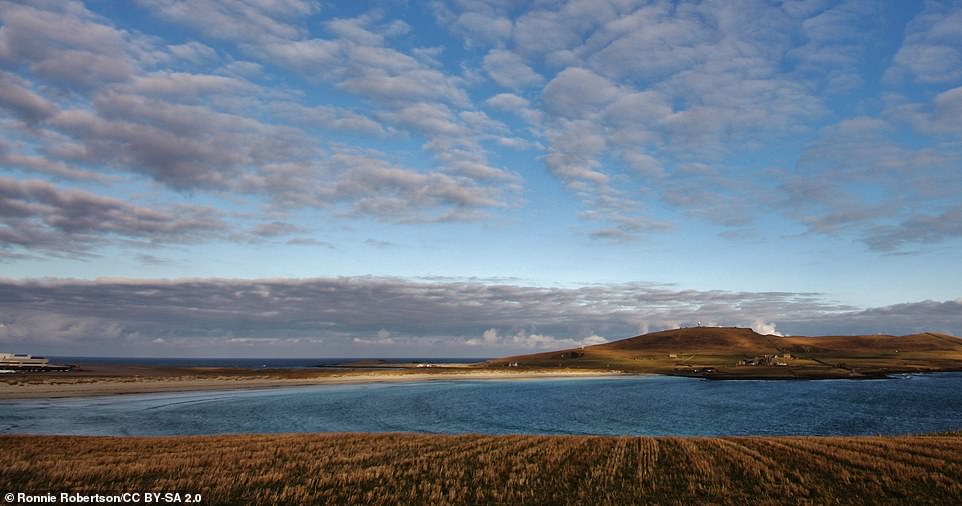 WEST VOE, SHETLAND – 52 HASHTAGS: Located on the southern tip of Shetland, West Voe is right next to Sumburgh Airport. This picture is courtesy of Creative Commons licensing 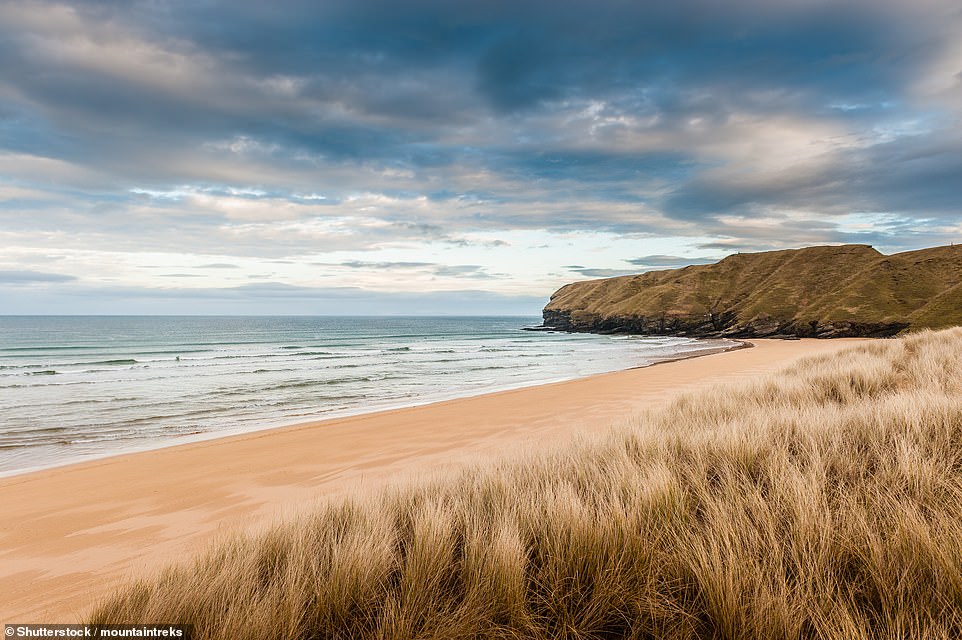 STRATHY BAY, SCOTTISH HIGHLANDS – 27 HASHTAGS: Situated on the north Sutherland coast, Strathy Bay is ‘bounded by cliffs on one side and the River Strathy on the other’, explains VisitScotland 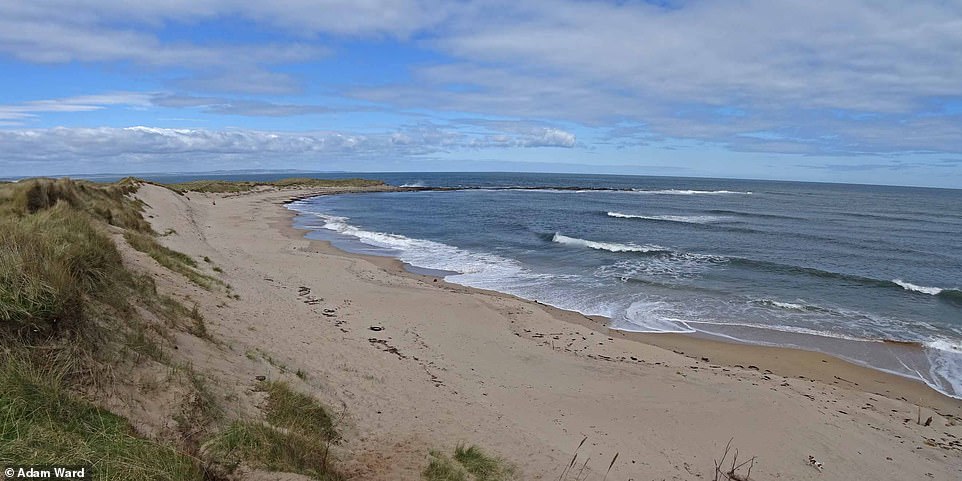 COVES HAVEN, HOLY ISLAND – FOUR HASHTAGS: This secret beach is located on the north side of Holy Island (Lindisfarne) off the coast of Northumberland and surrounded by high dunes

Coronavirus: What jobs are available post-lockdown?

Police are scrambling to recover 400,000 pieces of information which were WIPED