This story originally appeared on Medialab_UP

What does entrepreneurship mean to you? In addition to technology, innovation and creativity, the image of a young person, with a long life ahead of him, surely comes to mind. However, the experience that life gives is a key learning point to achieve great things, the same experience that is only acquired in one way: aging.

Believe it or not, more and more people over 50 are deciding to start a business. This group of people is called oldpreneurs .

To give you an idea, according to an article published by Entrepreneurs News, a study by Age UK reveals that more than 70 percent of businesses started by people over 50 survive after reaching the first five years . On the other hand, of the businesses created by young people only hold a percentage of 28 percent .

As you can see, the image we generally have of entrepreneurship as successful young people with novel ideas largely limits the real meaning of entrepreneurship. In reality, there is no age limit for turning great ideas into profitable business models.

Piacere: Origins and growth of the brand

Today we present the story of Renato González and Bertha Ramos , a couple who have been married for 44 years but have also been dedicated to entrepreneurship for several years. His story is defined by two key elements: hard work and resilience.

The history of Piacere begins five years ago. Bertha and Renato had to come up with an idea to help them survive after an economic crisis led them to close their promotional items business. The search for that new direction led Renato to connect with his roots and rescue the traditional recipes of his mother, better known as “La Nonna Rosa”.

Renato grew up in a family of Italian descent in which he was instilled with a love and passion for food. “A tavola!” Nonna yelled to indicate to the family that it was time to sit down and enjoy their delicious dishes. Among these, the sauce that covered the classic Italian pasta stands out. 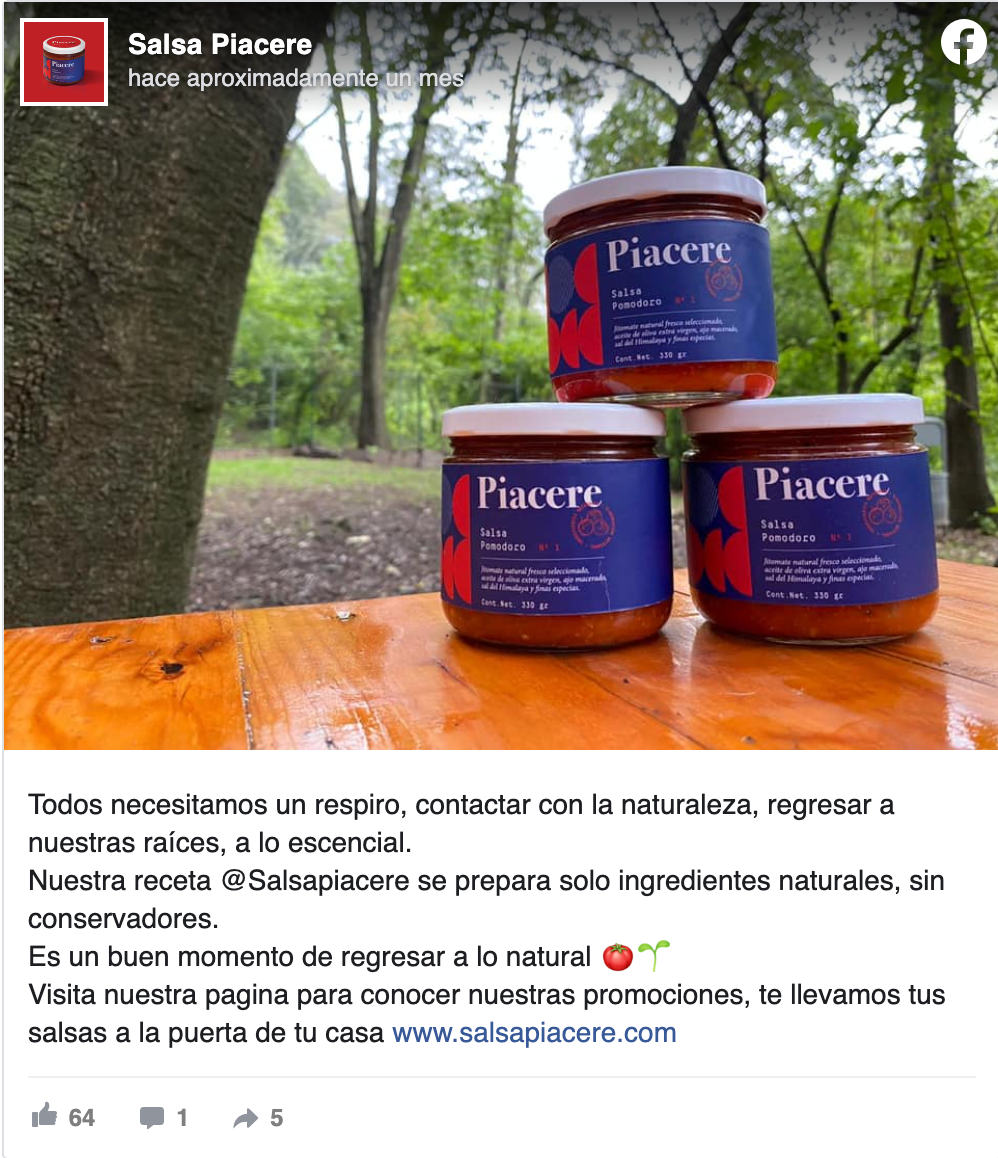 The entrepreneurial couple realized the undoubted value of Nonna’s recipes, so they decided to rescue their grandmother’s culinary heritage and give life to Piacere, an artisan brand that combines traditional Italian flavors with the joy and passion characteristic of Mexico.

They began to produce these artisan products and sell them to their friends and acquaintances. Little by little and knocking on many doors, their effort paid off and they began to position their sauce in the market.

Today Salsa Piacere is a registered trademark that offers exquisite tomato sauces made with the Italian recipe for Nonna but with 100 percent high-quality Mexican ingredients. Among its products, we can find delicious Pomodoro sauces in different presentations, ideal for pasta, pizza and any other dish you can think of.

The story of Bertha and Renato testifies to the hard work and obstacles people have to go through in a country where they are considered “old” after 50 years of age. A challenge that some of us will probably face at one point in our lives.

What obstacles have Bertha and Renato had to face?

Among their funniest anecdotes, entrepreneurs recall an occasion when they took a course with one of their most important clients. In this, they learned about the electronic invoicing system. However, when they had to prepare the invoices themselves, they realized that it was actually much more difficult than what they were presented with.

However, difficulties with technology did not stop them, as they have always had the humility to say “I don’t know” and the willingness to learn. In particular, they have received the support of their children to manage the brand’s networks and website well, as well as the electronic invoicing system. As of today, they both know how to use it very well.

As for the new generations, they must be aware of the experience and wisdom that they can learn from older entrepreneurs. Only then can a great teamwork be achieved in which the gap that exists between youth and adults is eliminated. Having technological knowledge is important, but it is not everything in entrepreneurship.

“Don’t forget to have a diverse team to take advantage of the experience that older people can bring and the new ideas and technology skills that young people possess,” added Bertha.

Where can we find Piacere?

Salsa Piacere can be purchased directly from their website , where in addition to a virtual store, you will find more details about the history of Renato and Bertha’s family.

In the same way, this product is already in supermarkets such as City Market and in specialized gourmet stores such as La Castellana and Ingredienta .

“Entrepreneurs at heart, we have a dream, a goal and we risk making it come true, age does not matter”

Bertha advises young entrepreneurs to be strong in the face of adversity and obstacles that may come their way.

“I recommend young entrepreneurs to be resilient, who on this path will have to get up from many ‘no’ to generate the ‘yes’. But the road is also full of adventure and it is worth it ”, he added.

“Entrepreneurs at heart, we have a dream, a goal and we risk making it come true, age does not matter, we use past learning and experiences and prepare the way to collaborate with other people so that they can give continuity to those dreams,” he concluded Renato.

Bitcoin Price Rebounds to $11.6K as VIX Is ‘Extremely Bullish’