More than a dozen people have been injured after three sightseeing hot air balloons crashed in separate incidents in Wyoming.

The balloons, which are all owned by the same tour company, went down separately and did not crash into each other near Teton Village, a popular western Wyoming tourist destination, early on Monday.

Teton County Sheriff Matt Carr said weather may have contributed to the crashes but exactly what happened wasn’t known and was still being investigated.

Authorities say between 16 and 20 people were injured in the crashes. 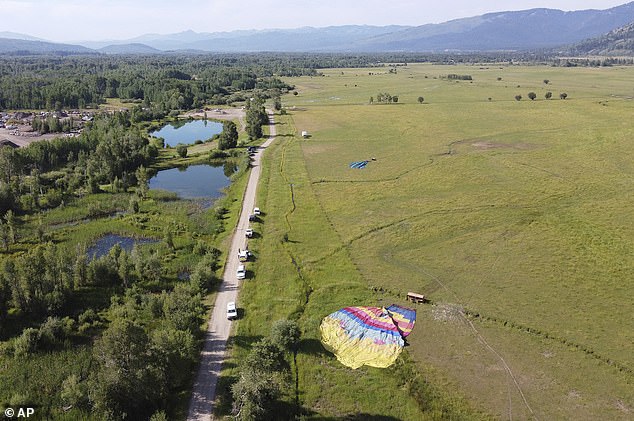 The balloons, which are all owned by the same tour company, went down separately and did not crash into each other near Teton Village in Wyoming early on Monday

At least one person was seriously injured and was flown to a hospital in Idaho Falls, Idaho for treatment.

Five others were transported to via ambulances to St John’s Health in Jackson, Wyoming.

The crash scene involved an area about half a mile long.

One of the balloons, which was carrying 12-year-old Robert Krayevski and his family, dragged along the ground and crashed through a fence after going down.

‘Our captain fell off while we were in it,’ the boy told local outlet the News&Guide.

‘We bounced and went back up in the air by ourselves. The captain was yelling to pull the red ropes. We tipped over and we had to get out because of possible fire. I got out and people were laying on the ground hurt.’ 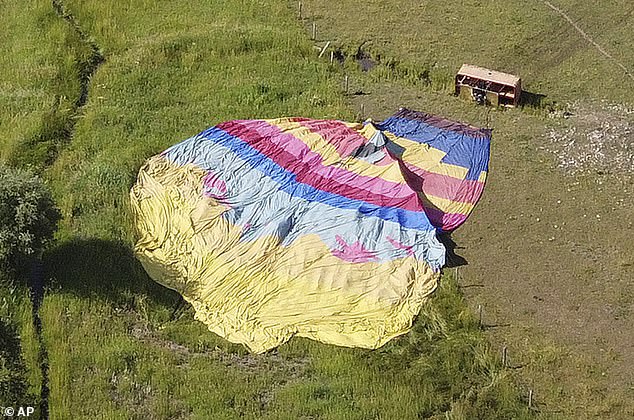 Authorities say between 16 and 20 people were injured in the crashes. The crash scene involved an area about half a mile long

Clinton Phillips, a Texas resident who was in another balloons with 20 others, described the crash as terrifying.

‘I couldn’t believe how beautiful everything was and then we were in hell a few minutes later. It was crazy,’ Phillips said.

‘We were desperately trying not to fall out. It was lifting us up and slamming us back down again.’

All of the balloons belonged to the Wyoming Balloon Company. The company has not yet commented on the crash.

The weather in Jackson Hole, near Grand Teton and Yellowstone national parks, was partly cloudy with winds of 9 mph shortly after the accident.

JOHN HUMPHRYS insists Britons are NOT all guilty of racism

How even a short walk can boost your memory, scientists discover

Second-Guessing Our Poll? First, Take a Look at How It Works