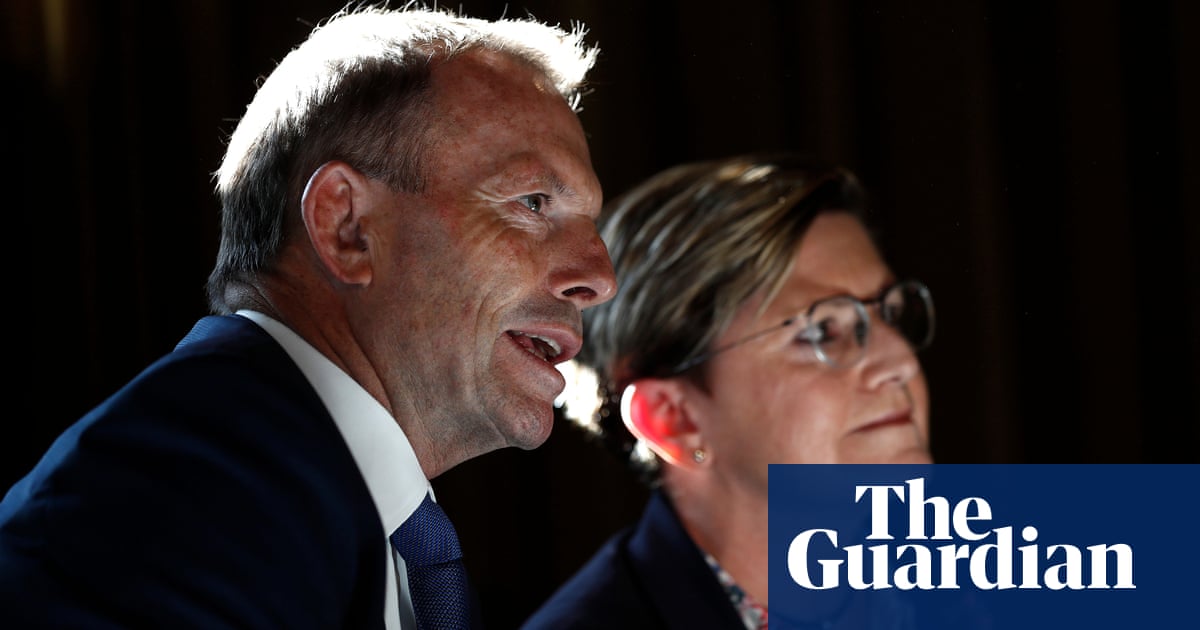 The sister of former Australian prime minister Tony Abbott has defended him against allegations of homophobia and misogyny amid criticism of his appointment as an official trade adviser for the UK.

Abbott’s sister, Christine Forster, a local government politician in Australia, who married her wife in 2018, issued a statement in response to the suggestion that her brother’s previous statements on same-sex marriage, women’s rights and climate change made him an inappropriate choice to be an external adviser on the Board of Trade.

Abbott, whose appointment to the role has been condemned by opposition parties, charities and LGBT and environmental activists, is among nine external advisers appointed to the board.

“It is nothing short of dishonesty for commentators and politicians who do not know Tony to label him a ‘homophobe and a misogynist’ for the purpose of scoring cheap political points,” she tweeted on Saturday.

“As a woman who has always been part of his life and who came out to him as gay in my early 40s, I know incontrovertibly that Tony is neither of those things.

“In reality he is a man of great conviction and intellect: an unabashed conservative but with great compassion, respect for others, and an indelible sense of doing what is right.”

In 2017, Forster publicly rejected her brother’s case against same-sex marriage after he urged Australians to vote no in a postal survey on marriage equality to defeat “political correctness” and protect religious freedom.

Speaking on Saturday, Labour’s shadow trade secretary, Emily Thornberry, repeated that Abbott was not the right person for the job due to his “history of offensive comments towards women, LGBTQ people, minority groups” and lack of experience. “It’s just so long and so despicable that I think it speaks to his character and his values,” she told BBC 4’s Today programme.

She added: “As a result of an invitation from Viktor Orbán, [Abbott] went over to [Bupadest] and made a speech saying Orbán had the political courage to defy political correctness, and he made the statement [about] men of military age swarming across the borders and how Orbán’s government had the tougher policies needed to deal with it, saying that western society was being undermined by migration and the climate-change cult … this is what he said on this day a year ago.”

Alexander Downer, a former Australian foreign minister and high commissioner to the UK, claimed Abbott had secured large trade deals for the country and that he had developed a “good personal relationship” with the UK’s trade secretary, Liz Truss, who was better placed to decide whether he was a misogynist or not.

“He was the prime minister whose government was responsible for concluding … they’re not just minor trade agreements, they’re huge trade agreements with China, Japan and the Republic of Korea,” he also told Today. “That was a remarkable achievement, to pull that off.”

The new Board of Trade, which also includes the former Tory MEP Daniel Hannan, the chief executive of the Scottish Whiskey Association, Karen Betts, and the former Labour health secretary Patricia Hewitt, will meet quarterly to help Britain make a stronger case for free trade.

Economy bounced back by 15.5% in three months to September

The Femail Face-off: Should working out in the park be banned?