Topshop to flopshop: what next for Arcadia? 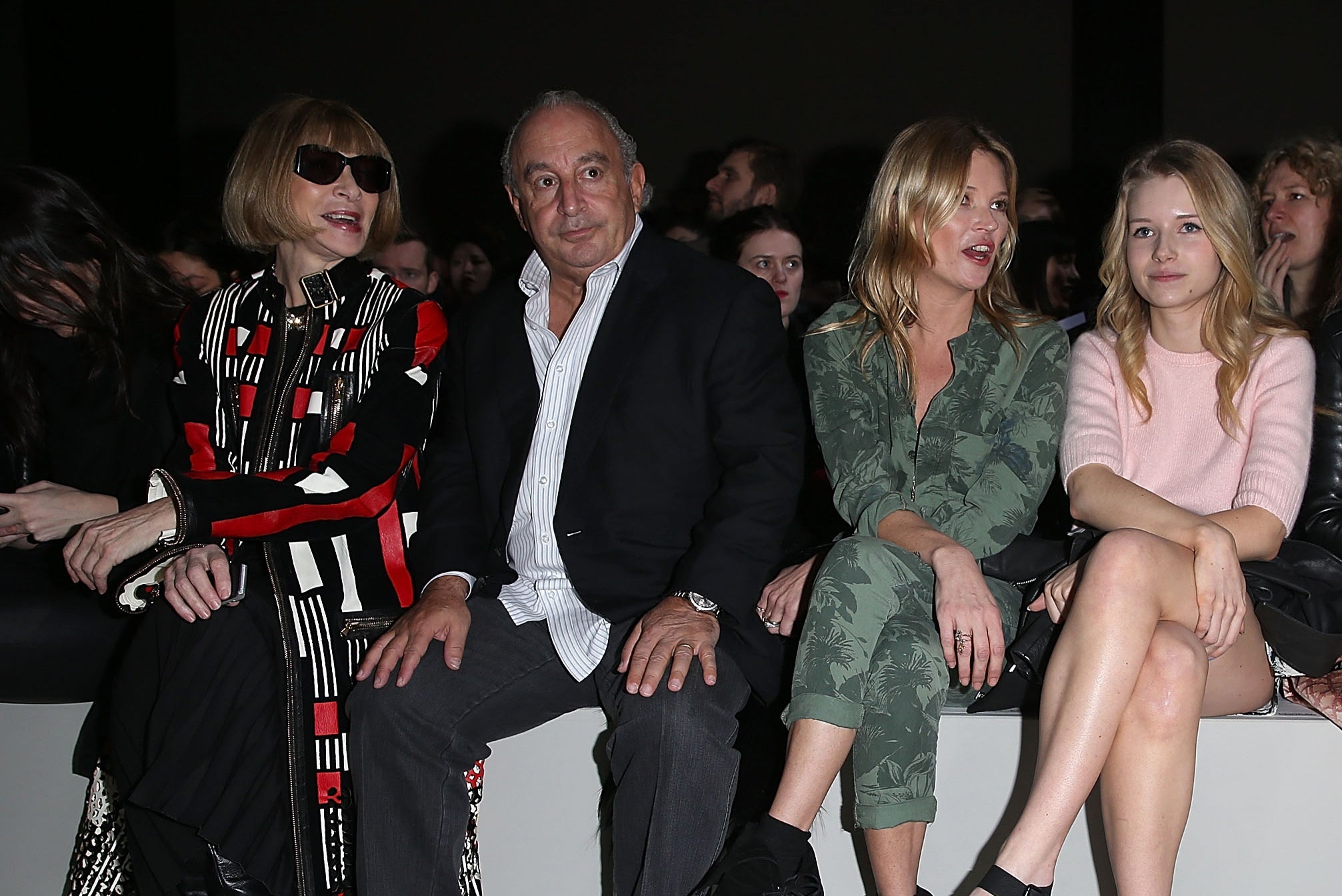 Ten years ago the giant 100,000 square foot mecca was the most exciting store in the whole of London. Teenage girls from all over the UK would drag their mothers down to visit, tourists would make the pilgrimage and leave with suitcases bulging with floral dresses, leather jackets and denim hotpants, and even fashion editors would pop in for a pair of Joni jeans for a shoot, or a fun top to tuck into their Saint Laurent skirt.

“I think its really sad that it’s come to this, but almost inevitable. It felt like we were waiting to see when it would happen,” says Jane Shepherdson CBE, who ran Topshop from 1999 to 2006, and transformed it from a teen store into an ultra-cool fashion destination.

“In the late nineties and early noughties it was just so much fun,” says Shepherdson, who presided over Topshop’s glory years. “It was a time when we were trying to prove Topshop had its own design credibility compared to a cheap high street retailer that used to copy everyone else.” To do this, Shepherdson oversaw the launch of Topshop’s own line Topshop Unique in 2001 and made the brand the first high street label to show at London Fashion Week. She organised collaborations with cool young designers like Hussein Chalyan and Christopher Kane and had cool girls like Lily Cole walk in the shows.

As a result, Topshop items would regularly crop up on the pages of Vogue alongside designer garb, and the innovative, exciting Oxford Street store became a magnet for the young style set. “We wanted to make it everything that a young girl wanted from a fashion store and for it to feel like a real luxury, special experience. I think for a time we achieved that,” says Shepherdson. With profits of £100 million in 2005, the customer evidently agreed.

The hype continued after Shepherdson left with a mega splashy collaboration with supermodel Kate Moss that kicked off in 2007 and ran until 2010. Each of the 14 collections Kate released sold out within hours, often causing stampedes outside Oxford Street on the day they dropped.

So, where did it all go wrong?

“Well, Phillip Green is not a great retailer, is he?” says Shepherdson.

“The biggest difference in Phillip and my philosophy was that I always think to make a brand successful and in demand you had to give your customers more than they were expecting to get and you had to constantly excite them. In my opinion, his philosophy was ‘let’s just see how cheaply we can make it and how much we can sell it for.’”

A risky strategy at the best of times, but one that was definitely exacerbated by a competition who can play the game better, faster and more fashionably.

Compared to 15 – or even five – years ago, the competition for young people’s pounds has increased exponentially. On the high street alone, Topshop has faced rivalry from new brands like & Other Stories, Weekday, Arket, Cos and Urban Outfitters, each of which have strong brand stories and a very clearly defined consumer base, as well as from athletics retailers like Nike and Adidas, who cater to a growing appetite for athleisure and streetwear. Established competitors H&M and Zara have fared significantly better thanks to their focus on delivering fashion-forward styles at lighting fast speed.

Topshop has also been slow to invest in digital development, floundering in the face of new online-only, ultrafast fashion players like Boohoo, Prettylittlething and Missguided which have snapped up Topshop’s Gen Z customer base with slick websites, better social media presence and cheaper, cooler product. ASOS meanwhile has expanded aggressively over the last decade, and now caters brilliantly for the older Topshop customer, through her university years and first jobs.  Why would that shopper visit her regional scruffy Topshop store, complete with its limited stock selection, when she could choose from the 85,000 products on ASOS that will be delivered to her before her breakfast the next day?

These digital-first brands have also, naturally, fared better through the pandemic, with many posting impressive results despite an overall decline in demand for clothing and footwear in a locked-down year.

A problem in store

In addition to the 100,000 square foot Oxford Street flagship, Topshop has a cumbersome store estate numbering some 510 shops worldwide, of which 300 are in the UK. As soon as ecommerce came along, the brand needed to be quicker at changing the way the business was run. It would have been wiser to look at the store network and, rather than cutting costs and staffing, and leaving stores looking dull and badly serviced (which only exacerbates the move to online), Topshop should have instead had fewer and better stores, that acted as brand showcases. Instead, regional Topshop stores got scruffier, and emptier.

It would be remiss to discuss Topshop’s demise without mentioning Arcadia Group’s controversial owner Sir Philip Green, once an influential and popular figure but recently mired by a series of scandals that have left many calling for him to be stripped of his title.

In 2015 Green sold BHS (previously part of the Arcadia empire) to Dominic Chappel for £1. Just 11 months later the company collapsed, and Chappel was sentenced to six years in prison for tax evasion while running BHS. The closure cost 11,000 people their jobs and, perhaps more controversially, the company left a pension deficit of around £571 million.  This, combined with the fact Green has featured heavily in the media in recent years over allegations (which he denies) of sexual harassment, has meant Topshop’s owner is bad for brand Topshop, particularly among its Gen Z consumers, who generally tend to be more mindful, moral shoppers who carefully consider where (and with whom) they spend their money.

“A brand that’s supposed to appeal to young women, having someone like that at the helm of it, it’s a recipe for disaster,” says Shepherd. “I don’t think that helped at all.”

Boohoo but not goodbye

So, does Topshop have a future?  “I think it absolutely has got a future,” says Shepherdson. “I’m sure what they will do is carve Topshop off and try to sell it to somebody. I think even the name itself has a lot of kudos and someone could do something fantastic with it.”

For Sophie Willmott, Head of Apparel at data analytics company GlobalData, that somebody is likely to be Boohoo. “Considering its high street brand acquisitions in the last few years and that it has openly stated that it is poised for a shopping spree as competitors struggle, the boohoo group is likely to be interested in snapping up Topshop/ Topman, to boost its portfolio.”

However, a deal with the boohoo group is unlikely to include stores, says Wilmott, which spells bad news for property owners and the brand’s older fan base, who like to shop IRL.  If this happens, there will be a gaping hole on hundreds of British high streets.   “I think it’s a shame when we lose any of the high street retailers because you wonder what the high street is going to look like,” continues Shepherdson.

Indeed, change is afoot on the British high street and perhaps Topshop is no more. But nevertheless, 15 year-old girls will still crave the excitement of being in the beating heart of London’s creative cool – and somehow our high streets will have to evolve to deliver a new iteration of that Topshop moment.

Why taking an afternoon nap is not such a dozy idea

Faces Of COVID-19: The Stories Of Those We Have Lost In Illinois