Jose Mourinho insists he is aware of the need to help Gareth Bale keep his momentum going for Tottenham but warned he will have to manage his minutes too.

The 31-year-old has surged into the Spurs limelight in the last few weeks having netted two goals in games against Burnley and Crystal Palace over the course of the last 10 days.

He has directly contributed to nine goals in his last six games for the north London side after a frustrating first half of the season owing to injuries and loss of form. 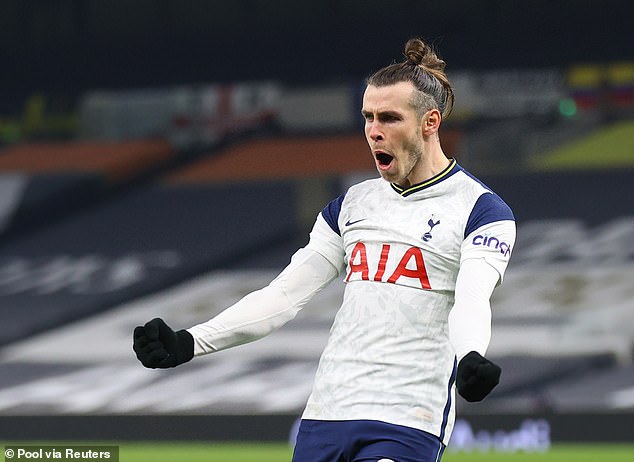 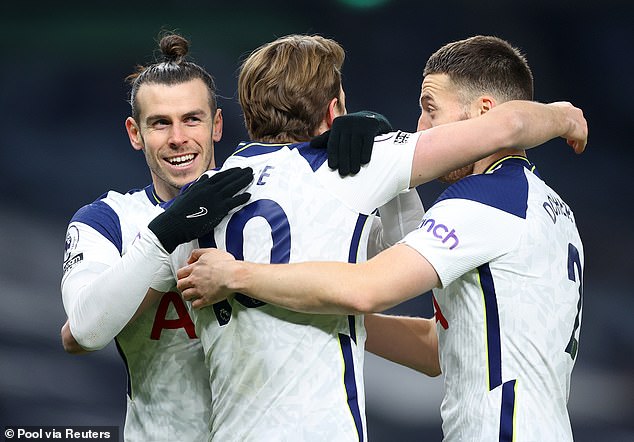 But speaking ahead of Tottenham’s Europa League last-16 first leg against Dinamo Zagreb, Mourinho has revealed he is in discussions with Bale about the best way to manage him, acknowledging he cannot complete every single game.

‘I want to keep the momentum going but I need to manage him,’ Mourinho said. ‘The communication is very good and I think he trusts me.

‘In this moment we are deciding together what to do. The other day during the match [against Palace] I was asking ”Ten minutes more? Twenty minutes?”. He’s playing very well.

‘The relationship with him is very good I think and of course I would like him to play 90 minutes in every game but he can’t.’ 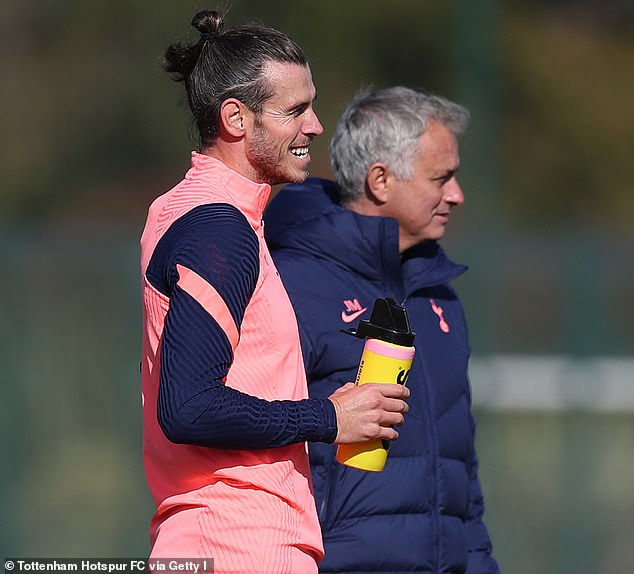 The Portuguese boss’ comments come just a day after Sportsmail‘s exclusive that Real Madrid remain determined to offload the Wales star despite his return to form in north London.

Bale has one year left of his current Madrid deal after this season, worth around £26m, and removing as much of the financial burden from their wage bill remains Madrid’s priority.

Bale is currently on loan at Spurs on a season-long deal, an agreement that is not thought to include an option in writing for the forward to stay for a second year.

He is understood to be keen on extending his second spell if one can be agreed with the north Londoners, but the club are expected to wait until closer towards the end of the campaign before finalising their plans. 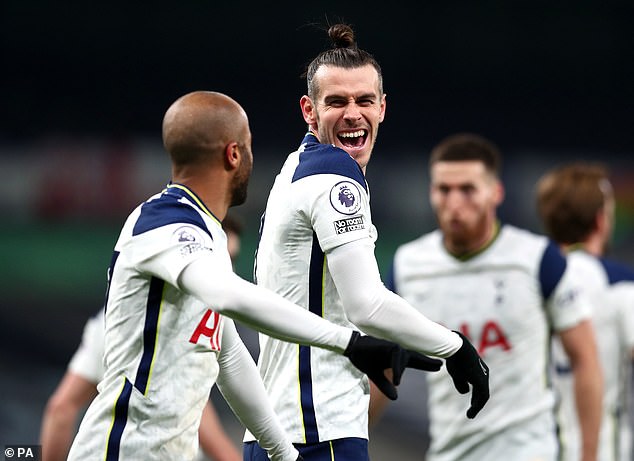 Mourinho also claimed earlier this week he ‘found psychological scars’ in Bale after a number of disappointing, injury-hit seasons for Madrid but now he has broken through that and is back to his normal self.

‘We have only supported him,’ he told AS.

‘I found psychological scars in him. When you are a couple of seasons with many injuries, the important thing is not only the muscular scars, but also the psychological ones, which bring fear and instability.

‘There is a moment when you are working well and when everyone around you is supporting you to the maximum. At that moment the psychological barrier is broken. 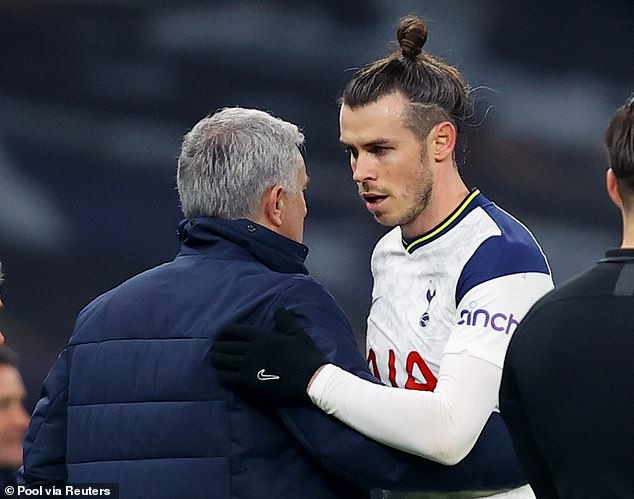