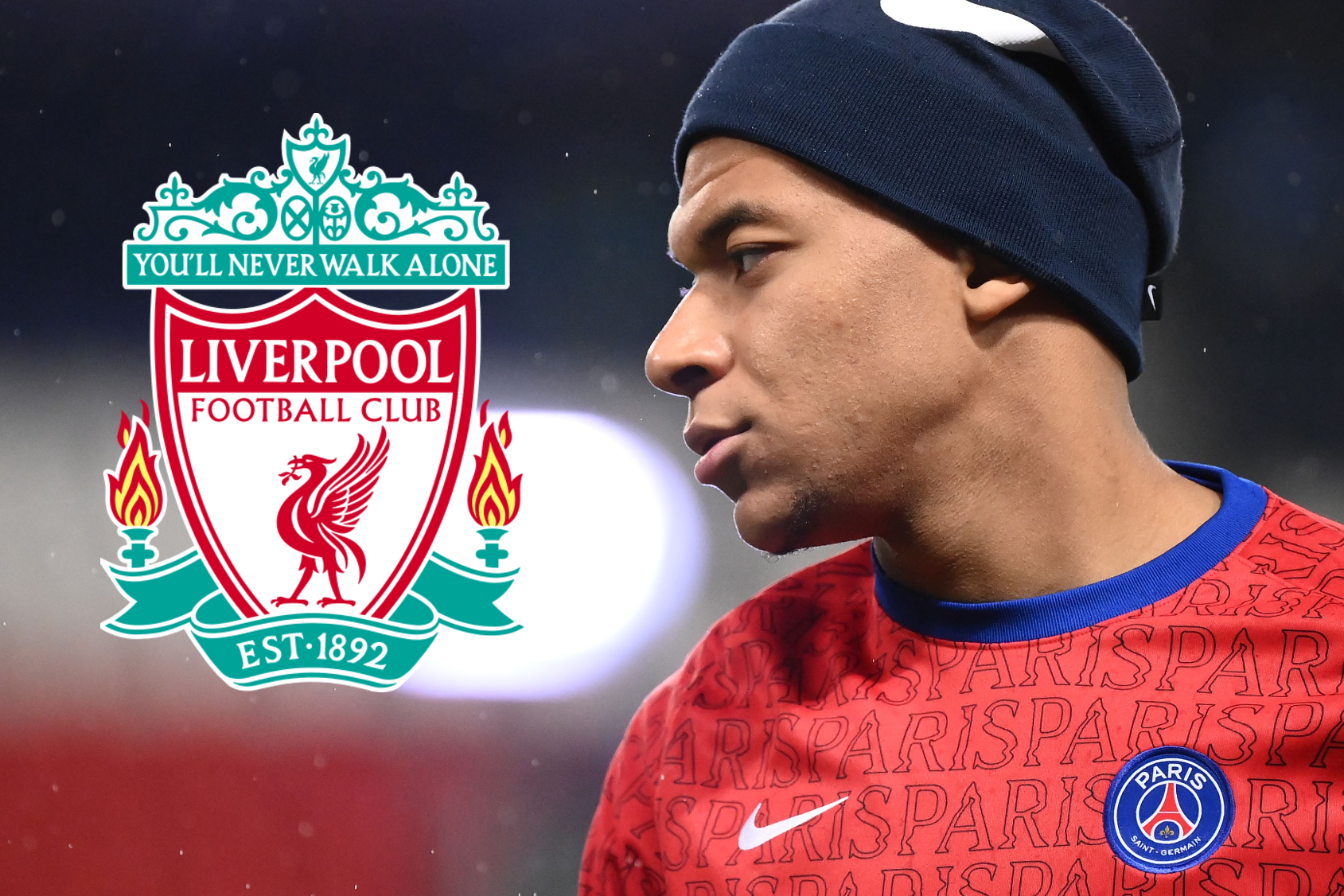 Welcome back to the Evening Standard’s LIVE coverage of all the latest transfer news as the fallout continues from last week’s deadline day.

The domestic window finally slammed shut for Premier League clubs in its entirety on Friday, 16 October, with the international window having already closed on October 5.

As for deals during the main window, Chelsea spent over £200m on the likes of Kai Havertz and Timo Werner, Manchester United missed out on Jadon Sancho but signed Edinson Cavani, and Arsenal recruited £45m Thomas Partey among others.

Liverpool are gearing up to make a bid for Kylian Mbappe next summer should he fail to agree a contract extension at PSG.

L’Equipe report that the Reds and Real Madrid are both tipped to be leading the race for the 21-year-old’s signature.

Mbappe has not ruled out extending his stay at Parc des Princes, but is also reportedly open to an exit.

Liverpool appear ready to re-enter the transfer market for defensive recruits following the loss of Virgil van Dijk to injury.

Such a key absence leaves Jurgen Klopp somewhat short on bodies in central defence, with Joel Matip having dealt with his own injuries, Joe Gomez’s form subject to question and Fabinho a midfielder first and foremost.

The likes of club legend Jamie Carragher have urged the Reds to have a deal for a new defender ready to go when the January transfer window opens and it appears they are listening, with the Mirror reporting that talks are now underway with Schalke over Ozan Kabak.

United signed Van de Beek from Ajax during the summer, paying around £40million for the highly rated midfielder.

Despite the outlay, Van de Beek has made only four substitute appearances in the Premier League and was not used in the 0-0 draw against Chelsea on Saturday.

“Donny shouldn’t have gone to United, “Van Basten told Ziggo Sport. “When you’re a good player you want to play every week.

“It’s really bad for a player like Donny to play six or seven games this year. That’s shocking for your rhythm.

“I know he’s earning loads more than he used to. But as a top player you have to be critical and look at the chances of playing when you sign for a new club. Donny should have waited for better prospects and signed for another club.”

Staying with United for a moment, could there soon be a new face behind the scenes at Old Trafford?

The idea of a director of football at the club has long been a great source of debate, with Luis Campos one named frequently linked with the post.

And according to Canal Plus in France, United are now actively considering trying to bring the Lille man to England after a largely frustrating summer transfer window.

Campos is a close friend of Jose Mourinho and it was previously reported that Tottenham were interested in his services.

Son came off the bench to score for the ninth time this season as Spurs began their Europa League group with a comfortable 3-0 win over LASK on Thursday night.

Afterwards, Mourinho said the 28-year-old wants to sign an extension to his current deal, which expires in 2023, and the Spurs manager is confident that “sooner or later” it will happen.

“I would love [him to sign a new contract],” Mourinho said. “Son has three years of contract, so it’s not like we’re in an extreme situation of everybody being worried.

“It’s more that Son loves it here, I believe that he would like to commit his future to the club for a long time.”

Former Tottenham manager Mauricio Pochettino is on Manchester City’s shortlist to replace Pep Guardiola should the Spaniard leave the Eithad at the end of the season.

Guardiola’s current contract expires at the end of the season, meaning City are drawing up contingency plans should he not sign an extension.

Pochettino and RB Leipzig’s Julian Nagelsmann are the two main targets for the club.

Malen failed to make a senior appearance for the Gunners between 2015 and 2017 but has gone on to impress in the Eredivisie, contributing to 49 goals in 78 appearances since.

The Star on Sunday claims that the Hammers will offer their versatile England midfielder – already under contract until 2024 – an extension lasting up to the summer of 2025 that would see him double his current £60,000 a week wages.

Chelsea were keen on a deal for Rice during the recent summer transfer window and are expected to revisit their interest in future, so it seems the 21-year-old has a real dilemma coming up.

The Reds offer to Napoli a figure between 70 and 75 million euros, the sum that [Napoli chairman] De Laurentiis asks.”

Arsenal’s summer pursuit of Houssem Aouar ended in disappointment after the playmaker decided to stay at Lyon, but Mikel Arteta is ready to test the waters again.

According to Calciomercato, Arsenal and Paris Saint-Germain are both looking into a possible move in January, though Juventus are the favourites to sign the France international in the winter transfer window and the lure of Champions League football could play a part in Aouar’s interest.


First this morning, The Sun have some information that is likely to make Manchester United fans wince.

They report that a deal to take highly-rated defender Dayot Upamecano to Old Trafford from Valenciennes in 2016 had looked set to happen, only for it to collapse over a £200,000 difference of opinion with regards to the fee.

Upamecano later joined Red Bull Salzburg and then RB Leipzig, where he has established a reputation as one of the best defenders in Europe and has again attracted interest from United – but this time at a much higher price.

Chelsea face competition from Manchester United and Man City to sign Denis Zakaria, according to Bild.

The 23-year-old is a long-time target at Stamford Bridge, having been identified by the scouting team.

Chelsea were linked with a move over the summer only for Frank Lampard to delay any move after splurging nearly £250million.

Zakaria, a defensive midfielder, is impressing at Borussia Monchengladbach and is already a regulary for the Switzerland national team.

The Baggies will pick up a £3.5million fee at the end of the season if the deal for the Egyptian is made permanent.

Paulo Dybala’s future has been the subject of much speculation, but it appears that Juventus want him to stay.

“He wants to stay and we want to keep him, he’s part of our future. We’ll continue the negotiations to find an agreement.”

Thomas Partey is making his first Premier League start in tonight’s meeting between Arsenal and Leicester at the Emirates.

We wondered how long it might take Partey to get up to speed in an Arsenal shirt and the evidence of Thursday night’s display against Rapid Vienna suggests not very long at all.

This evening will be a test on another level though, with the like of Youri Tielemans bang in form.

Former Liverpool man Mark Lawrenson has thrown his support behind the suggestion that Conor Coady would be an ideal replacement for the injured Virgil van Dijk.

Coady came through the Reds academy but left before making a first team appearance. However, with his stock soaring, Lawrenson is one of many who feels the club should look to bring him back.

“I would think Virgil will be out for the season,” Lawrenson told the Argus. “I think it’s a write-off because you’ve got to get match fit and that’s almost impossible nowadays because they don’t play reserve team football.

“If Liverpool are going to pay big money for somebody in January, they want absolutely ready-made. Conor Coady has had loads of shouts and he is a very good organiser who has played lots of games in the Premier League.”

The Star on Sunday claims that the Hammers will offer their versatile England midfielder – already under contract until 2024 – an extension lasting up to the summer of 2025 that would see him double his current £60,000 a week wages.

Chelsea were keen on a deal for Rice during the recent summer transfer window and are expected to revisit their interest in future, so it seems the 21-year-old has a real dilemma coming up.

It’s also been a difficult start to the season for Sheffield United, with last year’s surprise package – like Fulham – having claimed just a single point from their opening six Premier League matches in 2020/21.

While the Blades have not been as defensively abject as Fulham, Chris Wilder still looks to be planning to strengthen his backline when the transfer window re-opens in January.

The Sun claim that Sheffield United will ask Manchester United about a loan deal for Marcos Rojo, who has long been surplus to requirements at Old Trafford and is out of contract at the end of the season.

Scott Parker has admitted his Fulham future is “out of his hands” after their woeful start to the Premier League season continued with a 2-1 home defeat by Crystal Palace on Saturday.

That is now five defeats from six matches in 2020/21 for the winless Cottagers, who have conceded 14 goals already during one of the worst-ever starts to a top-flight campaign.

“I can’t control that,” Parker told Sky Sports when asked if he feared for his job.

“What I can do is what I have normally done throughout my career and life, during these hard times, it is the time to front up and keep working as hard as I can to get the rewards that I deserve.

“It is out of my hands but I will keep working hard.”

Leeds’ pursuit of Sean McGurk is not over, according to the latest reports.

While they were ultimately unable to get a deal over the line, The Sun now report that Leeds will return with another attempt to sign McGurk in January.

When does the ‘winter window’ open?

The January transfer window opens on Friday January 1, 2021, and will run until Sunday January 31.

The Most Candid Moments From Selena Gomez’s ‘Selena + Chef’

Andrew Wallet Is Seemingly Back as Britney Spears’ Conservator