At least 20 migrants have drowned after smugglers threw them off a boat while making a crossing from Africa into the Middle East.

Around 200 desperate people including children had been crammed on to a boat crossing from Djibouti to Yemen when smugglers panicked and began throwing them overboard overnight Wednesday.

In total, 80 people – mostly Ethiopians and Somalians – were pushed into the water and forced to swim for shore in the pitch darkness, UN monitors said. 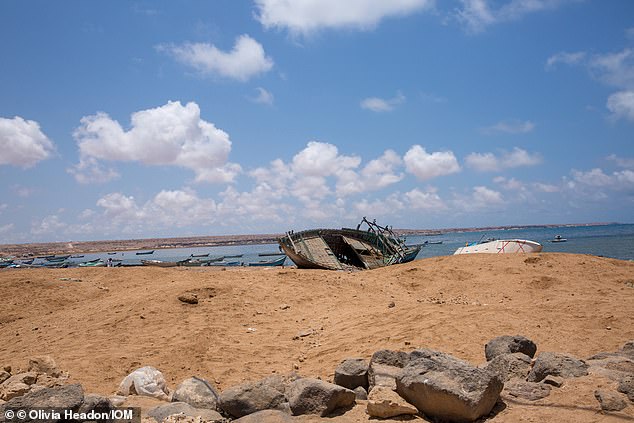 Survivors said that around 20 people had drowned. Five bodies have washed ashore so far, workers from the UN’s International Organization for Migration said.

The survivors are receiving medical treatment in the Djibouti port town of Obock and testimonies are still being collected.

Two similar incidents in the Gulf of Aden in October claimed the lives of at least 50 migrants, the IOM said.

Every year, tens of thousands of migrants make the crossing from African into the Middle East via the so-called ‘eastern route’, from Djibouti to Yemen.

From there, the migrants are promised passage into Saudi Arabia where they hope to find work, or else travel to another Gulf state where jobs can be found.

Smugglers are thought to charge around $900 for the crossing, which is usually made in small wooden fishing boats.

Fear of coast guard boats which patrol the 30-mile strait between Djibouti and Yemen sometimes causes smugglers to hastily abandon their voyage by pushing migrants into the ocean.

Other survivors of the voyage have told how boatmen will demand extra money once the ship has set sail, and drown those who refuse to pay up.

A similar incident in 2017, when a smuggler panicked after seeing some ‘authority types’ on the shore in Yemen, led to 50 people drowning.

Despite a raging civil war in Yemen and a humanitarian crisis branded ‘the worst in the world’ by the UN, the Eastern Route is though to be one of the world’s busiest and fastest growing illegal migration routes.

Poverty, violence and political instability in Somalia and Ethiopia have been the main factors driving people to seek opportunities overseas.

The numbers are expected to increase again once measures are lifted.

Complicating the situation are thousands of migrants who have become stuck in Yemen or are trying to make the crossing in reverse, after realizing the stark reality of the situation in Yemen.

An IOM survey in 2017 found that a majority of migrants had no idea about the problems in Yemen before starting the journey, almost all reported problems on the crossing, and just five per cent said they would recommend the undertaking.

SPACs are becoming less of a sure thing as the deals get stranger, shares roll over