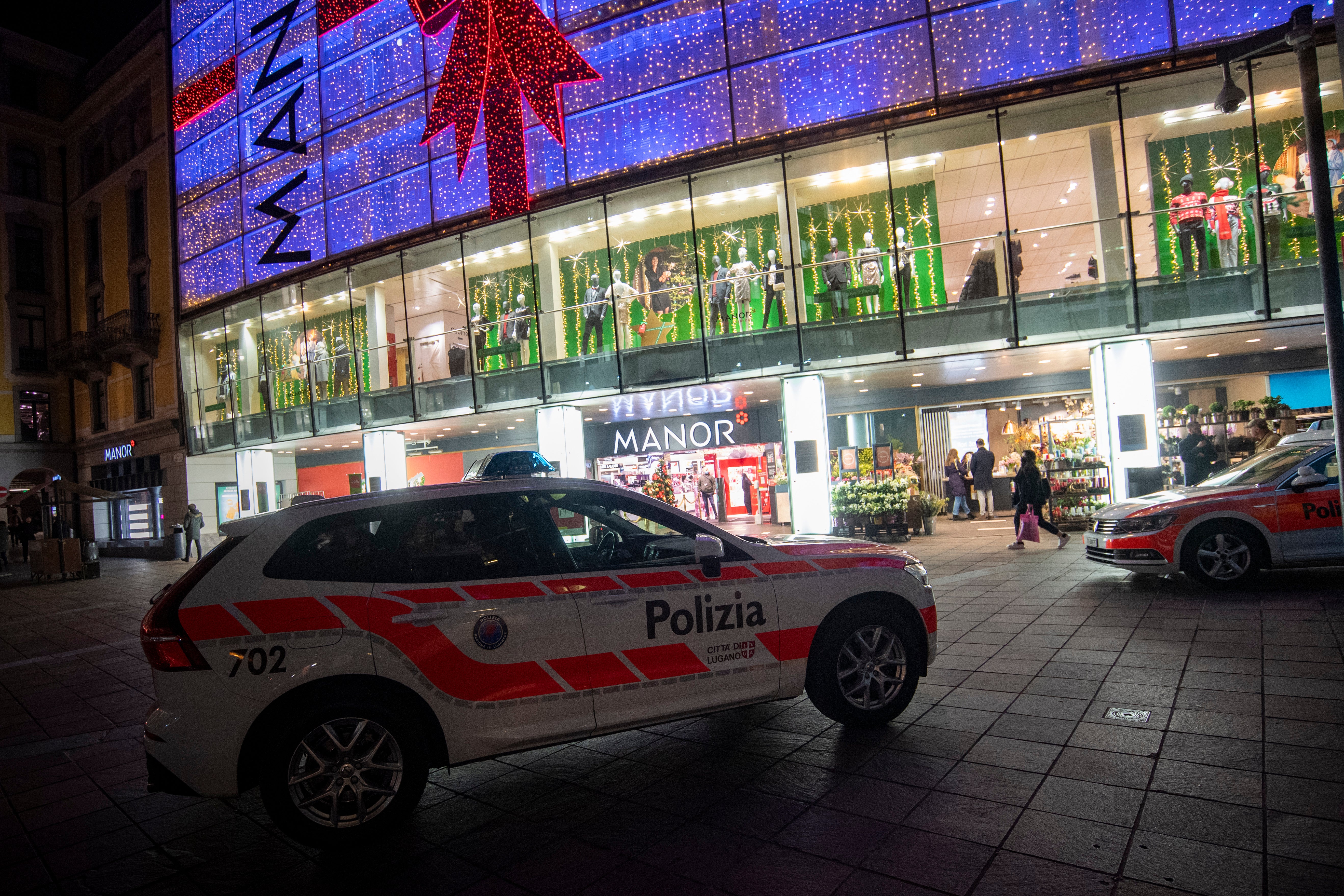 wo women have been injured in a suspected terror attack at a department store in Switzerland.

A suspect has been arrested, police said, after the victims were attacked in the city of Lugano and left with non-life threatening injuries.

Swiss federal police said that the incident was “presumably of terrorist motivation” and took place in in the Italian-speaking city on Tuesday afternoon.

The federal prosecutors’ office said that “an alleged terrorist attack against several people in a department store” had taken place.

Police in the southern Ticino region, which includes Lugano, said a 28-year-old Swiss citizen living in the Lugano area had allegedly attacked two women with a sharp weapon.

One of them suffered a neck injury, they said.

Ticino police said one of the victims sustained serious but not life-threatening injuries, while the other had minor injuries.

Catherine Maret, a spokeswoman for the federal police, said the suspect was “known to police” and had “appeared recently in police investigations with regard to terrorism” – specifically jihadism.

Most Daley Center Traffic Hearings To Be Scheduled On Zoom; Expect Long Lines for In-Person Hearings