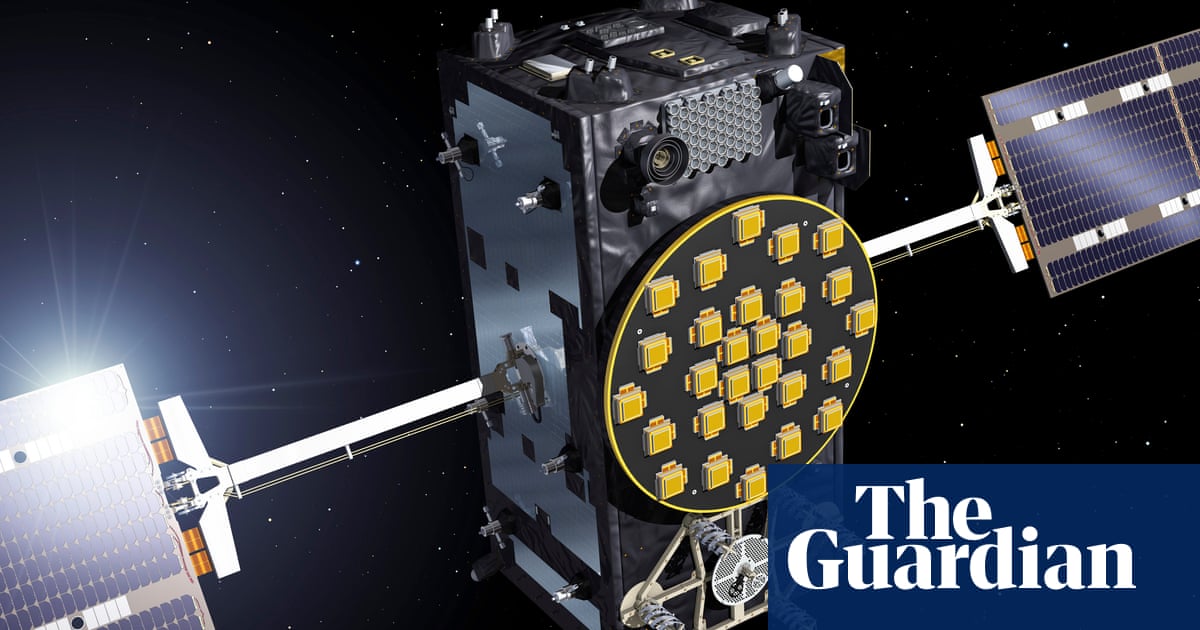 The UK government has pledged to invest $500m (£400m) in bankrupt satellite company OneWeb, giving it a stake in a business that provides broadband from space.

The government will receive a “significant equity share” in the firm as it seeks to make “high-risk, high-reward” investments in promising technologies.

Indian telecom Bharti will also invest $500m, which will “bring OneWeb a revenue base to contribute towards its future success”, the government said on Friday. Much of India does not have access to high-speed internet.

The deal, which is still subject to US court approval, is expected to close before the end of the year. The Financial Times reported that the deal includes a pledge to bring manufacturing of OneWeb’s satellites from the US to the UK, where it is headquartered.

OneWeb was founded in 2012 by American businessman Greg Wyler with the aim of providing cheap internet access around the world through a network of hundreds of satellites.

However, OneWeb filed for chapter 11 bankruptcy in the US at the end of March to try to find a buyer after the coronavirus pandemic prompted investors to pull funding for the investment-hungry firm.

Alok Sharma, the business secretary, said: “This deal underlines the scale of Britain’s ambitions on the global stage.

“Our access to a global fleet of satellites has the potential to connect millions of people worldwide to broadband, many for the first time, and the deal presents the opportunity to further develop our strong advanced manufacturing base right here in the UK.”

The deal will give the UK a “sovereign global satellite system”, as well as “strategic opportunities across a wide range of other applications”, the government said.

However, experts have questioned whether the OneWeb technology offers the right capabilities to the UK.

The government had ambitions to create its own rival to the US’s global positioning system (GPS), although it had reportedly scaled back those plans. The UK has been barred from the EU’s Galileo system because of Brexit.

The UK will have a final say over any future sale of the company, and over future access to OneWeb technology by other countries on national security grounds.

Welsh restaurants and pubs could reopen indoors from August

‘We ask for your prayers’: 13 nuns at Michigan convent who died from COVID-19 memorialized

Model gets backlash for filming man telling her to wear mask

California mother, 52, is charged in 1988 cold-case murder of her newborn son thanks to DNA testing

Model gets backlash for filming man telling her to wear mask

California mother, 52, is charged in 1988 cold-case murder of her newborn son thanks to DNA testing