UK coronavirus LIVE: Cases up by 12,155 as England warned of ‘third wave’ if tiers are ignored 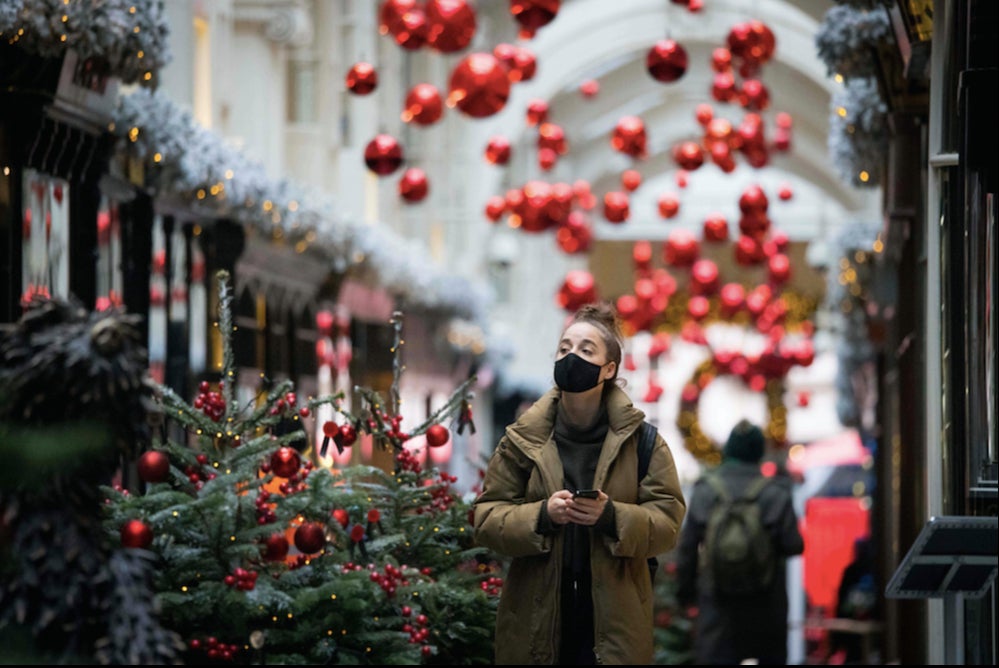 Dominic Raab refused to rule out a third national lockdown if there the new year brings another surge in Covid-19 cases, saying only that the Government was “doing everything we can to avoid that”.

Check back in tomorrow morning for all the latest updates. Goodnight.

Police have apologised after a pastor was accused of breaking coronavirus regulations while holding a religious service online.

Reverend Daniel Mateola said he was “treated like a criminal” when officers arrived at Kingdom Faith Ministries International Church in Milton Keynes earlier this month.

Thames Valley Police said there had been a “misunderstanding” by officers in “what is an ever-changing and complex area of enforcement”.

Two officers attended after reports of loud music, the organisation Christian Concern said, and demanded support staff for the service leave the building as they were breaking regulations.

But when the pastor insisted they were acting within the rules and tried to direct them to the guidance, seven more officers were called to the scene, the organisation said.

There were around 15 people in the building, each with a specific role for the online broadcast on the evening of November 20 and in separate rooms socially distancing, Christian Concern said.

The support staff eventually left and the service, which was being held for around 150 members of the congregation online to address struggles men have suffered in the pandemic, ended after “an hour of disruption”, the organisation added.

During England’s second national lockdown – which is due to end on December 2 – while communal worship is not allowed, guidance states that support staff including musicians and singers can attend a place of worship for a broadcast service if they are considered “essential”.

It states the numbers involved “should be kept as small as possible” and people should follow social distancing guidance.

A few days later on November 24 officers arrived at Reverend Mateola’s doorstep and informed him he would be prosecuted for breaking Covid-19 regulations, Christian Concern said.

In a statement released through the organisation, the pastor said: “I am relieved that the police have recognised their mistake and have apologised.

“I have been treated like a criminal while legally seeking to be a blessing and to bring hope to my fellow citizens at a time of great need physically, emotionally and spiritually.”

He added: “If the police do not understand the regulations it is small wonder that church leaders are confused.”

US may see ‘surge upon surge’ of virus in weeks ahead, Fauci warns

The top infectious disease expert in the US has said the country may see “surge upon surge” of coronavirus over the coming weeks, and he does not expect current recommendations around social distancing to be relaxed before Christmas.

“When you have the kind of inflection that we have, it doesn’t all of a sudden turn around like that,” said Dr Anthony Fauci, director of the National Institute of Allergy and Infectious Diseases.

“So clearly, in the next few weeks, we’re going to have the same sort of thing. And perhaps even two or three weeks down the line… we may see a surge upon a surge.”

Dr Fauci also appeared on NBC’s Meet the Press, where he made similar remarks, adding that it’s “not too late” for people travelling back home after Thanksgiving to help stop the spread of the virus by wearing masks, staying distant from others and avoiding large groups of people.

“So we know we can do something about it, particularly now as we get into the colder season and as we approach the Christmas holidays,” he said.

The number of new Covid-19 cases reported in the United States topped 200,000 for the first time on Friday. The highest previous daily count was 196,000 on November 20, according to data from Johns Hopkins University.

Since January, when the first infections were reported in the US, the nation’s total number of cases has surpassed 13 million. More than 265,000 people have died.

But, Dr Fauci said, the arrival of vaccines offers a “light at the end of the tunnel”.

BREAKING: The latest UK figures are in…

England could face a third wave of coronavirus if ministers fail to “get the balance right” with restrictions, the Foreign Secretary has warned as he tries to persuade Tory rebels to back the tier system.

Dominic Raab refused to rule out a third national lockdown if there is another spike in cases in the new year, saying only that the Government was “doing everything we can to avoid that”.

But he sought to win over his Conservative colleagues who are critical of the three-tier system ahead of a crunch Commons vote on the measures on Tuesday when MPs could reject the plan.

In interview with BBC One’s The Andrew Marr Show, he said there was a “risk” of a third spike in case numbers “if we don’t get the balance right”.

Asked whether there would be another national lockdown if people fail to comply with the rules, Mr Raab said: “We’re doing everything we can to avoid that.”

He added: “We want to see a deal that we can support and what we would say is that we would consider a foundational agreement, which is something to build up from, so providing there’s nothing in there that causes significant concern.”

“Obviously there are still big question marks about the Irish border and the peace process, making sure that that isn’t sacrificed as part of any agreement that’s reached. Our view is: with good will, with time put into it, that we can get to a point where there is a deal that we can look at supporting.

“The onus is on the Government now to make sure that a deal is presented before the end of the transition period to Parliament so that we can see the detail of it.

“We have always said that we will act in the national interest, that’s got to be the overriding consideration.”

And here is the EU’s chief negotiator, wearing a face mask, with his team arriving for the latest talks in London.  Face-to-face talks are resuming today after Mr Barnier left self-isolation more than a week after a member of his team tested positive for coronavirus.

Kris Jenner Gifted This Foot Massager to All of Her Daughters

5 hit K-dramas with foreign remakes – how do Thailand, China and Indonesia’s versions of Signal, Oh My Ghost and Discovery of Love match the originals?

Zac Clark: Tayshia Wasn’t Sure If She Could Kiss Me After She Drank