UK coronavirus LIVE: Hopes new Covid tiers will be over by Easter as Christmas plan being thrashed out 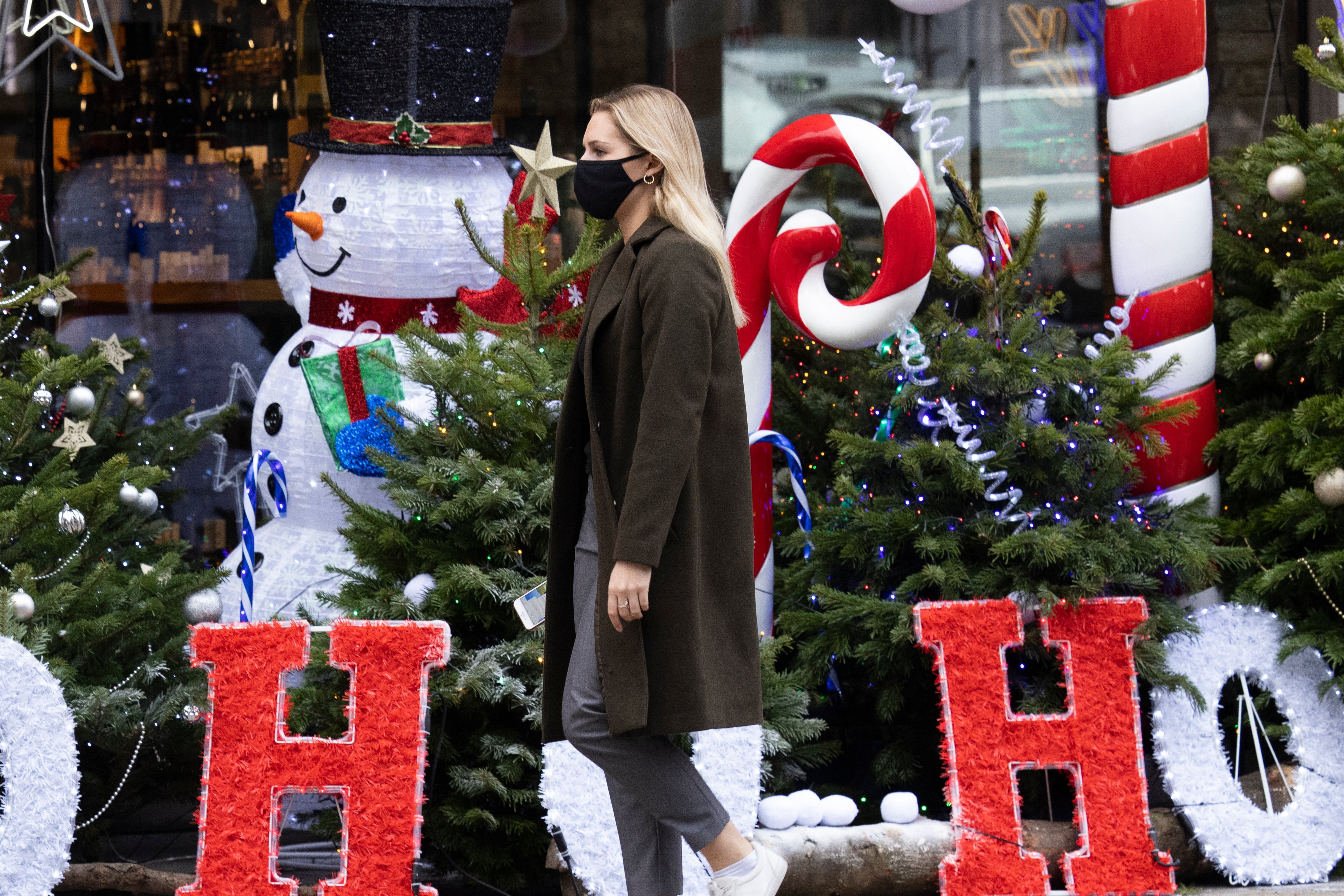 In a press conference on Monday evening, Mr Johnson said “we’re not out of the woods yet” despite a breakthrough with a British vaccine, warning that the UK faced a “hard” start to 2021 but that he expected “things will look and feel very different” after Easter.

Read our live updates below…

All in the comma

Pets at Home benefited from a surge in new pet owners flocking to its business as people enjoyed working from home and spending time with new dogs and cats.

The company said this helped sales grow 5.1% to £574.4 million in the six months to October 8, with pre-tax profits rising to £38.9 million compared with £34 million in the same period a year ago.

Online sales grew 65.8% during the period and, with “essential” status during the national lockdown in March, like-for-like sales were up 5.8%, including a 12.5% surge in the three months over the summer.

What are the differences between the three tiers?

Here’s everything you need to know:

Ghislaine Maxwell has been quarantined after staff tested positive for coronavirus at the jail where she is awaiting trial on charges she aided late financier Jeffrey Epstein’s sexual abuse of girls, U.S. prosecutors said in a letter on Monday.

The staff tested positive last week and Maxwell was checked for the virus on Nov. 18 using a rapid test which was negative, the prosecutors said in a letter to U.S. District Judge Alison Nathan.

Maxwell was placed in quarantine at the Metropolitan Detention Center in Brooklyn for 14 days, said the letter.

Maxwell has not shown any symptoms of COVID-19 and will be tested again at the end of her two-week quarantine.

The British socialite is allowed to leave her cell three times a day for thirty minutes during which she can make personal phone calls.

Legal calls to her counsel are permitted for three hours a day in a room where she is alone without a jail staff.

Maxwell, 58, has pleaded not guilty to helping Epstein recruit and groom underage girls as young as 14 to engage in illegal sexual acts in the mid-1990s, and not guilty to perjury for having denied involvement in such a scheme when she gave her deposition under oath. Her trial is scheduled for July 2021.

A female police officer was subject to a “cowardly and dangerous” attack in Soho while on patrol at closing time, hours before the UK went into a national lockdown.

The officer was struck in the back of the neck with a glass bottle as police attempted to remove an arrested man from a crowd.

Police were working at Old Compton Street in Soho, London, as bars and pubs closed at 10pm on November 4, before a four-week lockdown began at midnight on November 5.

At about 10.05pm a member of the public was arrested on suspicion of drunk and disorderly behaviour at the junction of Old Compton Street with Frith Street.

As officers moved the arrested individual away from the assembled crowd along Frith Street, the officer was attacked.

Pc Jack Greaves said: “This was both a cowardly and dangerous action that could have had much more serious consequences for the officer. Thankfully she was not seriously harmed.”

Police have released an image of a man they would like to speak to in connection with the incident.

Anyone with information is asked to call police in 101 or Crimestoppers anonymously on 0800 55111.

A self-employed celebrant has told the Government to “set a date” to save the wedding industry.

Cate Baines, from Lancashire, said uncertainty over when larger weddings can take place is discouraging people from arranging their big day.

“Due to the ongoing uncertainty, including the fact that we still don’t know who will be in which tier or for how long, some bookings for next year are now cancelling,” Ms Baines told the PA news agency.

“People cannot change huge wedding plans for the third or fourth time, and new bookings/enquiries are non-existent as who wants a wedding with 15 people and no wedding reception?

“The Government needs to open up the wedding industry and have a plan to when they will do that. Like the wedding itself, set a date. We are just being left to rot at the moment.

“Wedding receptions are sit-down meals and it’s so easy to socially distance the ceremony and reception. Most of the couples I speak to just want to celebrate with their close friends and family, but can’t do that with just 15 people.”

XRP price spikes to $0.90, crashes in seconds as Coinbase goes down

Could Chernobyl be key to conquering Mars? Fungus found in Ukrainian nuclear plant can EAT radiation

As Nicholas Tse turns 40 is he thinking of getting back together with ex girlfriend Faye Wong? 5 things to know about the Hong Kong singer, actor, chef and entrepreneur