UK coronavirus LIVE: Study claims Eat Out to Help Out caused ‘significant rise’ in Covid-19 infections as a fifth of England set for Tier 3 rules 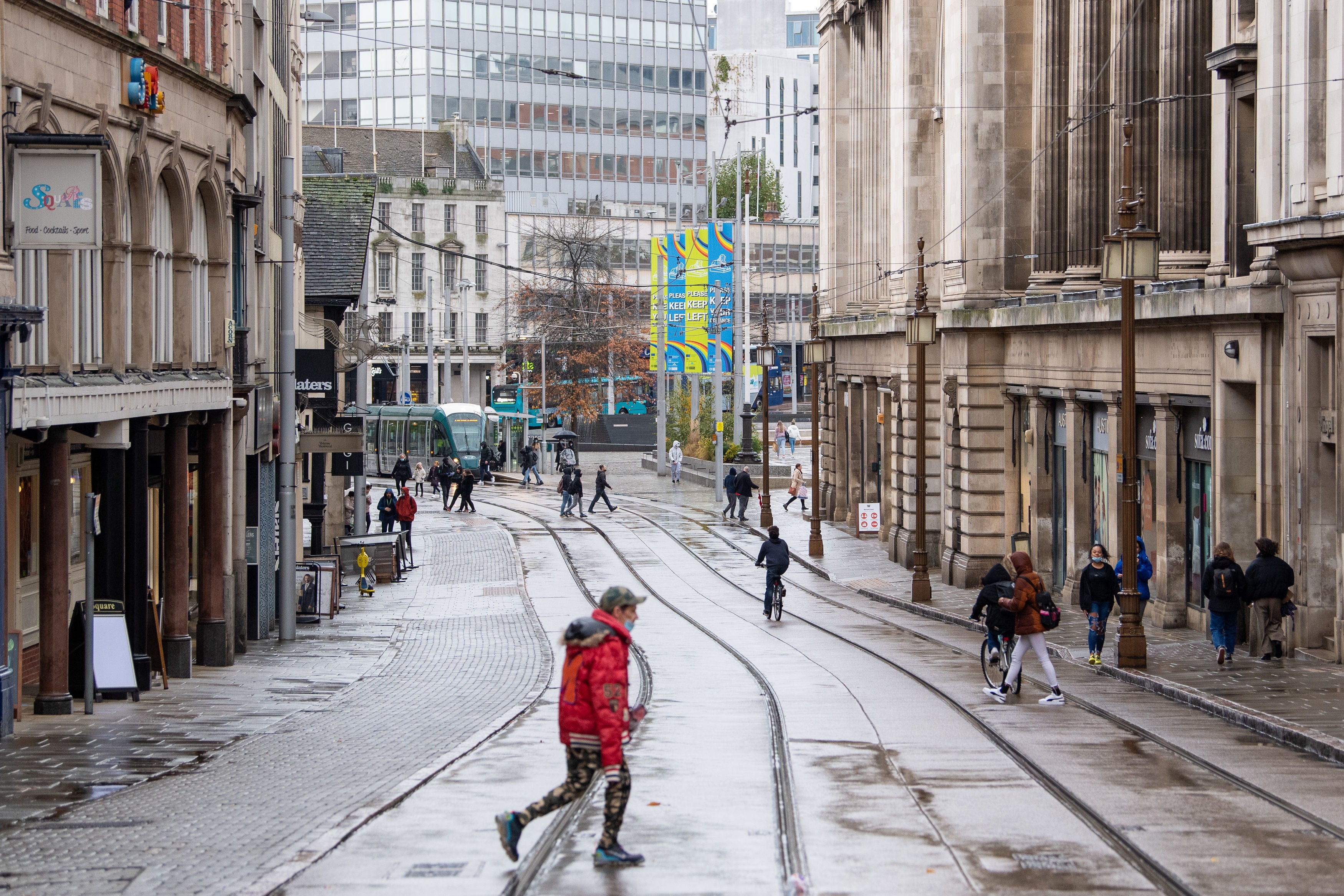 he Eat Out to Help Out scheme caused a “significant rise” in new Covid-19 infections, a new study has claimed, as cases continue to surge across the country.

A spike in  the number of newly infected detected clusters was detected a week after the scheme began in August, according to researchers at the University of Warwick.

From Monday more than 11 million people in England – nearly a fifth of the population – will be living under the toughest coronavirus restrictions, after it was announced that West Yorkshire would move into Tier 3 measures.

New data from NHS England showed the number of hospital beds occupied by confirmed coronavirus patients had more than doubled in two weeks from 4,105 on October 13 to 8,595 on Tuesday.

Fifth of England will be under toughest Covid rules on Monday

Nearly a fifth of England will be under the toughest coronavirus restrictions after West Yorkshire became the latest area to be placed in Tier 3.

West Yorkshire will move into Tier 3 (very high) restrictions from Monday, with council leaders in the region saying they had negotiated a financial package worth an additional £59.3 million.

It will take the total number of people in the highest level of restrictions to just over 11 million – 19.6 per cent of the population.

It adds to the mounting pressure to impose a national lockdown as the number of coronavirus cases and patients in hospital continues to climb.

The NHS Test and Trace system recorded its highest-ever weekly number of positive cases while a study by Imperial College London found almost 100,000 people are catching Covid-19 every day.

Experts are suggesting a more national approach is needed to address the soaring infection rate as opposed to the three-tier system and Home Secretary Priti Patel said the Government would not rule anything out.

Norwich’s joint majority shareholder Delia Smith has asked Prime Minister Boris Johnson to allow “a percentage” of fans back into stadiums in an open letter published on the club’s official website.

A planned reintroduction of supporters to grounds from October 1 was scrapped amid concerns about a second wave of coronavirus infections.

Norwich’s Carrow Road had hosted a pilot on September 19, with a crowd of 1,000 in attendance as the team drew 2-2 with Preston.

Smith’s letter to the Prime Minister said: “Please, please can you make a decision to allow just a percentage of football supporters into the ground to watch games.

“Grown up logic tells us what even the scientists must agree with: temperature checks, with supporters two metres apart, hand sanitising, masks, and so much empty space, distancing and open air has to be perfectly safe, and what’s more it’s a far better option than six round a table watching a match inside.”

Smith said what had happened at Carrow Road on September 19 had “worked like a dream.”

She added: “Looking ahead to the possibility and consequences of smaller clubs ceasing to exist, we need to remind ourselves that football is one of the last bastions of what it means to be community in contemporary life.

“How many times do we hear the words ‘stronger together’? It gives the young a sense of belonging, no need to join a gang. It also manages to transcend colour, racism, class and age.

“Clubs at the heart of communities are saving the government and the taxpayer some of the high costs of youth crime. Whilst the charitable Football Foundations working alongside the clubs make an enormous contribution to those in most need in the communities they serve. Again, saving the taxpayer.

“What we all need is good news, hope and what you could get is a whole stash of brownie points.”

The leaders of West Yorkshire have released the following statement

“Over recent days, we have had a number of meetings with Government ministers to discuss the next steps for controlling the rising Covid-19 infection rates across the region.

“Today, with great reluctance, we have accepted that West Yorkshire will now move into Tier Three (very high) restrictions as of 00.01am on Monday 2nd November.

“The virus spread is now at a critical juncture. Not only are infections rising in our region, particularly amongst the elderly, but we already have evidence that the NHS is starting to struggle to deliver essential elective care.”

More on that new addition here

West Yorkshire will be moving into Tier 3 from 12.01am on Monday, Leeds City Council leader Judith Blake has told a press conference.

Leaders in the Tees Valley said they had not reached an agreement with the Government over entering Tier 3.

The leaders of Redcar and Cleveland, Darlington, Stockton and Hartlepool councils, the Mayor of Middlesbrough and the Tees Valley Mayor issued a statement.

On behalf of the group, councillor Mary Lanigan, leader of Redcar and Cleveland Borough Council, said: “The Government informed us late last night of their intention to take the Tees Valley into Tier 3 restrictions.

“We have had an initial meeting with ministers this afternoon where they again stressed this intention due to the current infection rate and the increased number of people being admitted to hospital with Covid-19.

“We will be having further discussions tomorrow but nothing has been agreed.

“Our priorities remain the health and wellbeing of our residents, supporting businesses and saving jobs, and we will continue to press for the best possible outcome for the Tees Valley.”

‘What Simba SC have gone through is football!’ – Manara