The USS Stout and its crew lived up to its name after spending a record-breaking 215 consecutive days at sea after the coronavirus pandemic made it unsafe to pull into ports around the world.

The destroyer left Virginia’s Naval Station Norfolk in mid-January and finally ended its grueling nine-month deployment when it returned home on October 11, the US Navy said.

Along the way, the USS Stout traveled more than 60,000 nautical miles, completing multiple strait and choke point transits as it crossed the Atlantic Ocean while operating in the US 2nd, 5th and 6th fleets carrying out various missions including ensuring the free flow of commerce. 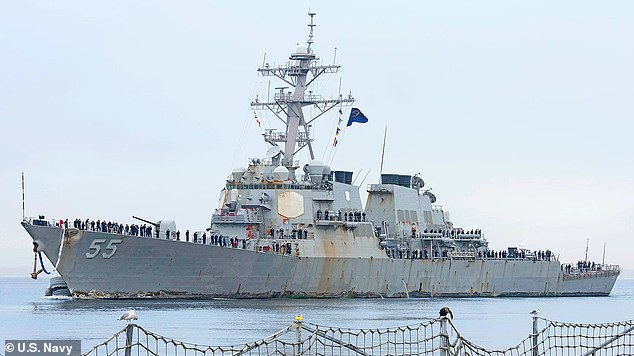 The USS Stout (pictured) spent a record-breaking 215 consecutive days at sea during the pandemic, returning to port with the rust and  wear and tear to prove it 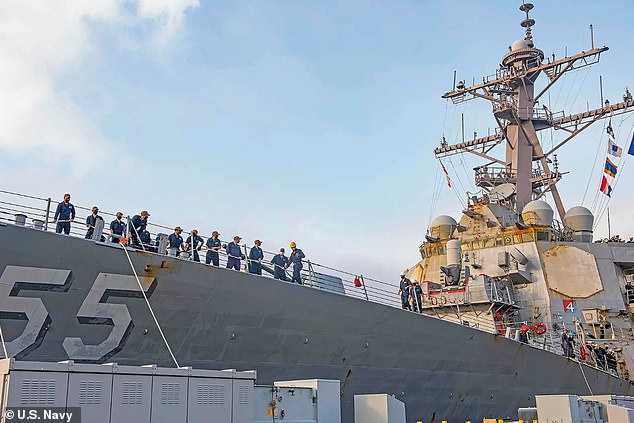 Recent pictures of the USS Stout – which was commissioned in 1994 – show the wear and tear toll that being at sea for nearly a full year has taken on the vessel.

Under ordinary circumstance, the USS Stout’s exterior would be a shipshape, spotless grey. But now, it is streaked with rust and its hull looks like its in the process of being eaten away by the sea.

Because coronavirus concerns made it unsafe for USS Stout’s to carry out usual port visits, the Navy said the crew completed ‘the first modern Mid-Deployment Voyage Repair (MDVR) period at sea.’

During that time, USS Stout’s crew spent a week performing scheduled maintenance and preservation on the vessel ‘to maintain mission readiness while deployed.’

At other times during its deployment, the ship’s technicians did ‘depot level repairs’ on its vital engineering and combat systems equipment. 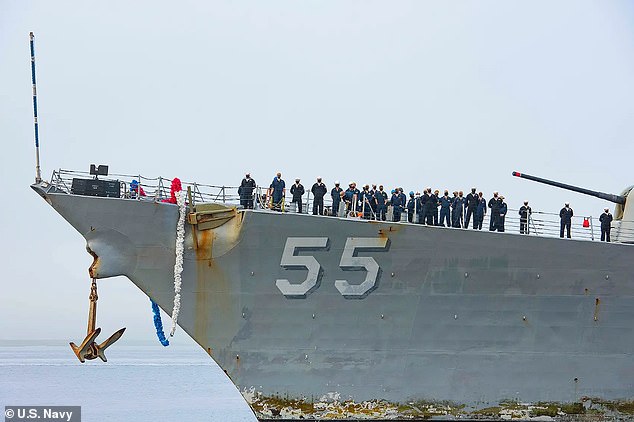 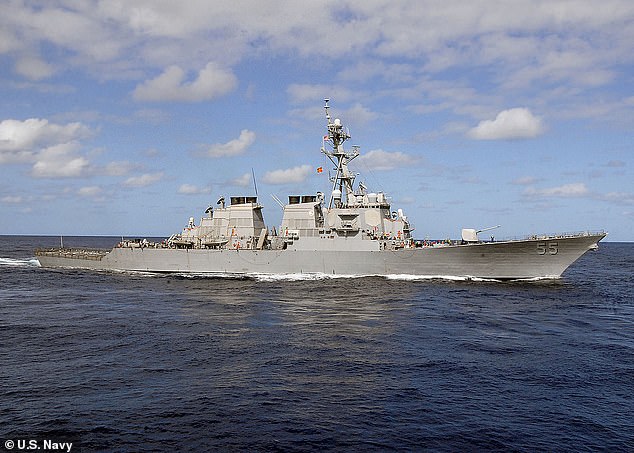 The USS Stout as it normally looks (in 2010), rust-free with its pristine grey facade

Nearly 40 replenishments-at-sea were carried out while they were on the ocean, which enabled the USS Stout to continue its mission.

To help the crew maintain morale during the lengthy deployment stuck onboard the 505-foot-long ship, the Navy said that it conducted swim calls – where crew are allowed to swim in the ocean as others keep an eye out for sharks – and steel beach picnics, during which barbecues are held on deck.

The USS Stout’s crew was also given a ‘rest & reset’ period while they were at sea, allowing them to relax and re-energize.

The destroyer broke the Navy’s previous record-at-sea on September 28, the military said.

Previously, the record was held by the USS Dwight D. Eisenhower and USS San Jacinto which were at sea for 206 consecutive days, also due to the pandemic and operational requirements.

The USS Stout supported both those ships, but stayed at sea when the USS Eisenhower and Jacinto returned to home port over the summer.

Prior to the pandemic, the record for longest number of consecutive days at sea for a US Navy vessel was 160 days, which was set in February 2002 by the USS Theodore Roosevelt during the war in Afghanistan, according to Navy Times.

Kate Winslet recalls feeling ‘bullied’ after breakout role in Titanic: ‘It was like night and day’