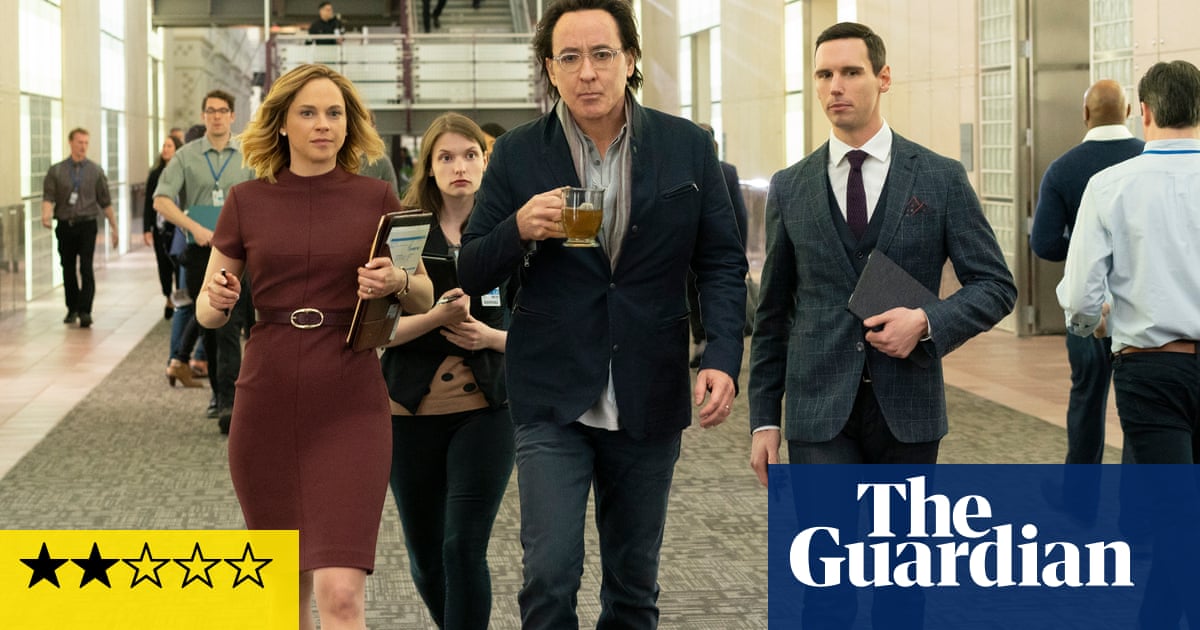 The new version of Utopia has been long awaited, or at least long-talked about. The original Channel 4 series, which aired between 2013 and 2014, was a classic piece of cult British telly: fresh, unsettling and instantly recognisable as the sort of show America inevitably would, and almost certainly shouldn’t, remake. David Fincher got a long way into planning his reimagining before it was dumped for fear of it costing too much. Now Amazon has bankrolled it, without Fincher but with his Gone Girl collaborator Gillian Flynn doing the scripts. If you reflexively dismissed the whole idea of telling the story again, you needn’t rush to reconsider.

As before, a gang of bright young-adult misfits, brought together by their belief that a comic book of uncertain authorship could be more than just a work of fiction, are proved right when an unpublished sequel comes to light. As assassins target both the super-fans and anyone else who shows an interest in Utopia, the gang end up living new lives on the run – forced to unpick the book’s mystery and save the world themselves, as they’re faced with an enemy that transcends the usual rules and safety nets.

The too-obvious adjective for this new Utopia is “timely”, since the doom that the comic’s pages foretell involves a flu-like outbreak that might corrode the pillars of western society. But that serendipity – it was all shot last year, so it wasn’t conceived as a response to coronavirus – hinders a story that’s concerned with bio-terror as a manifestation of an unseen corporate conspiracy, when the reality of Covid-19 is that it’s merely accelerated existing malfeasance and corruption, with the conspiracy theorists fighting on the wrong side. There are constant echoes here of what you’d see if you put a news channel on instead, but the action is jarringly flipped rather than eerily resonant. It’s the right notes in the wrong order, a vaccine for a disease we’re not currently suffering from.

But that’s not the worst way in which Utopia has arrived at the wrong moment. The original series used comic books and their obsessive, intelligent fans to foster an exotic, underground vibe; now, seven years and a billion superhero films later, that world has been sanitised, monetised and analysed to the point where the concept can’t have the same astringency.

Episode one’s main innovation is having our band of extremely online geeks meet IRL in a hotel that’s hosting a vast fan convention. A cynical, cosseted young couple, having inherited the manuscript along with a dead relative’s sprawling house, are in attendance with a half-baked plan to rinse the fandom for easy money by selling the book to the highest bidder. It’s an acknowledgment that the subject matter is well-worn currency but, rather like the show’s treatment of our feeling that myriad crises are converging on us uncontrollably, there’s no insight to go with the observation.

Instead we get a generic, almost camp flippancy that patronises fantasy/sci-fi nerds, and makes it hard to distinguish this show’s group of reluctant heroes from the protagonists of any Scooby-Doo teen horror. The show itself resembles the people holding the auction: it’s come into possession of something it senses has value, without any deep understanding of what that value is. Flynn, whose previous TV project was Sharp Objects, has made her name by illuminating the rotten shadows of families and marriages. It seems she doesn’t quite know what to put on a wider canvas.

Channel 4’s series was a snarling outsider with nothing to lose. This version, with its thick budget and big American names (John Cusack as a mercurial biotech tycoon, Rainn Wilson as a troubled epidemiologist) helicoptered in to make ordinary scenes memorable, feels sanitised by comparison. The ultraviolence comes in cartoon colours – a movie sheen in place of forbidding suburban grey and queasy neon. Unlike the original, which made you feel as if a cold hand had grabbed your ankle and made you pratfall into a puddle of acid, this is devoid of menace – and wit.

Man City in talks with Benfica over Portugal defender Dias

Space-cations ‘just around the corner’ with orbital hotel in progress