The new cases have ended the state’s six-day streak with no new infections.

Health authorities said the new infections are both primary close contacts of pre-existing cases and have been quarantining during their infectious period.

Coming into effect from midnight on Friday, masks for Victorians will only be mandatory in shopping centres, aged care homes, taxis and rideshare vehicles, and on public transport.

Residents can now have 30 people in their homes and 100 people can gather together outside in public spaces.

‘That’ll be something approaching normal which is something that Victorians have absolutely earned,’ Mr Andrews said. 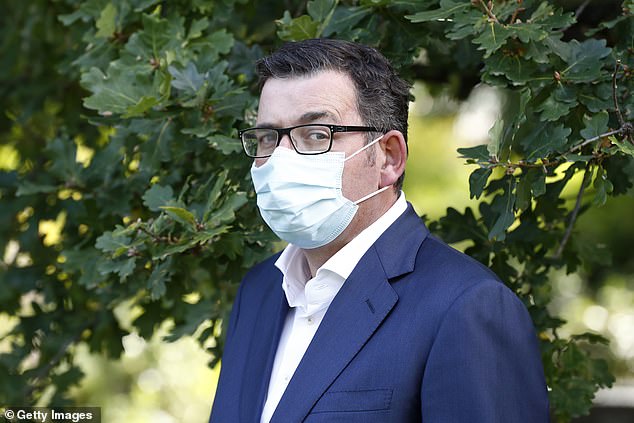 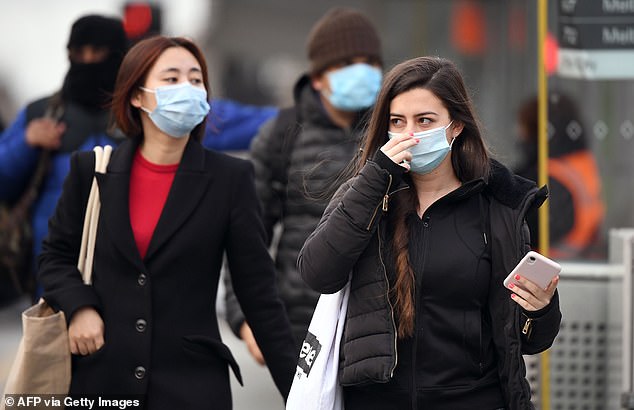 Coming into effect from midnight on Friday, masks for Victorians will only be mandatory in shopping centres, aged care homes, taxis and rideshare vehicles, and on public transport

‘It’s with confidence we can return to those COVID safe summer settings. None of it is possible without the extraordinary efforts from every Victorian.’

The rules will return to how they were during Christmas time.

The limits on visitors at houses are currently capped at five and only 20 people can gather together outside.

Mr Andrews also announced that both public and private offices can return to 75 per cent capacity – the first time since the pandemic began.

Restrictions for aged care homes and hospitals have been removed meanwhile crowds at the MCG and Marvel Stadium can return to 50 per cent capacity.

The rules surrounding masks in schools will remain, the premier said.

Mr Andrews said while the ‘circuit breaker strategy’ clearly worked, the possibility of future snap lockdowns wouldn’t be ruled out.

‘I’ve said this a lot, but I’m going to say it again because it’s important. We all want this to be over desperately, but it’s not. And we can’t pretend that it is,’ he said. 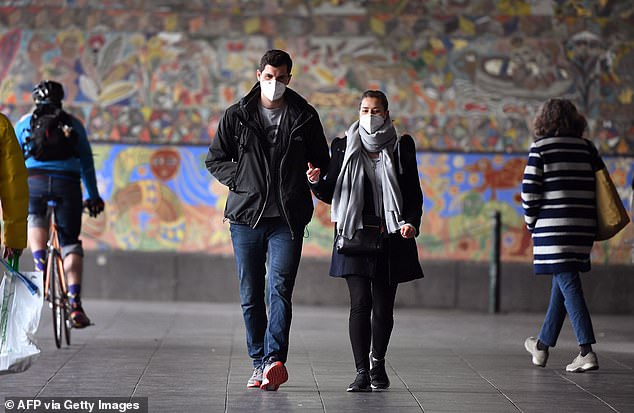 The announcement comes two weeks after the Holiday Inn cluster which sparked 22 infections including hotel staff, those quarantining and close contacts.

The two new cases recorded on Friday were both in quarantine at the time and health authorities say there is no risk to the community.