“If you are travelling from New Zealand and have passed all relevant immigration and biosecurity requirements as established by the Federal Government, NSW Government and Northern Territory Government, then you are able to travel to Victoria,” the website states.

“You do not need to quarantine for 14 days on arrival in Victoria.”

Mr Andrews today confirmed a total of 65 New Zealanders have travelled into Victoria.

Of those, 55 have been doorknocked by authorities to have the state’s COVID-19 restrictions explained.

“We have just taken them through all the different rules that are in place just to update them, make sure that they know what is going on,” Mr Andrews said.

There are still 10 travellers who need to be contacted.

The premier said there are 17 domestic flights arriving into Melbourne from Sydney today that could possibly have New Zealand passengers.

Mr Andrews was today seething about the arrivals, claiming the state had been forced into a travel bubble they did not want to be part of.

However, he conceded the state was now apart of the travel bubble, with the state’s website detailing New Zealanders are free to enter without requiring to quarantine.

“We are not particularly pleased that we were asked the question, do you want to be in a bubble, and it turns out that even though we said no, we are, but that is the fact of the matter, that is what we faced,” he said.

“It seems like the bubble applies to every part of our country, not just those that said yes. We can’t change that. 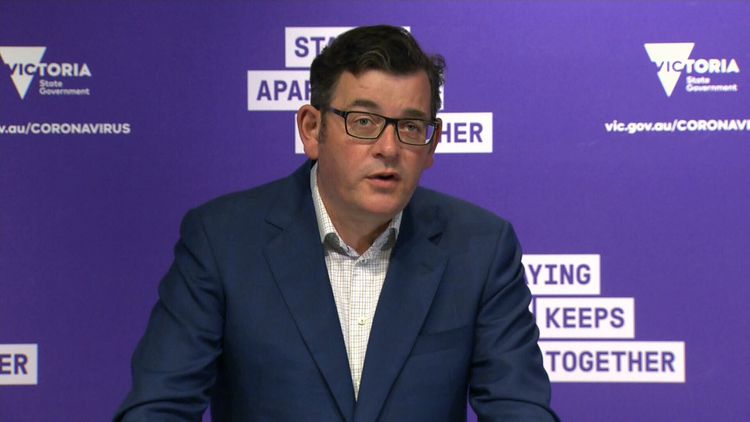 The premier refused to accept blame for the Kiwis entering the state, despite no border measures initially being implemented by the Victorian government to prevent or restrict entry.

Mr Andrews ripped into Federal Government over the mishap, which essentially led to the trans-Tasman bubble bursting.

“It is a bit rich for the Federal Government to be essentially blaming the Victorian Government for these matters when exactly the same thing has happened in Western Australia,” he said.

Federal Treasurer Josh Frydenberg this morning said Victoria’s Chief Health Officer Professor Brett Sutton was present at the AHPPC meeting when the travel bubble was discussed and made no objections.

Mr Frydenberg said Victorian authorities had been made aware of the New Zealand arrivals.

“Their own chief medical officer was at the meetings where this was discussed. Apparently no concerns were raised,” Mr Frydenberg told Today.

“We control the international borders and that’s the way it (has) been. If you wanted to go to Western Australia you would need a certificate.

“Daniel Andrews didn’t put that in place in Victoria and now, you know, he obviously has to answer the question why.”

Professor Sutton today clarified he was not present at the AHPPC meeting in the moments when the New Zealand travel bubble was discussed, even though he did attend part of the meeting.

“I have a calendar that has 12 meetings a day … I was aware of the fact that I wasn’t there at that discussion.”

Mr Andrews said the state was now in the trans-Tasman bubble “whether we agree to it or not”.

“It is not ideal that people turn up in your state from another country without you knowing about it,” he said.

“We are accepting of the fact that we are in this bubble.”