Victorians will no longer have to quarantine upon entering Western Australia

Premier Mark McGowan has revealed a raft of changes scheduled to come into effect from 12.01am on Monday, March 15.

Most indoor and outdoor venues, including restaurants, bars and major stadiums, will have their capacity increased to 75 per cent.

The change will allow Optus Stadium to host 45,000 fans for West Coast’s round one AFL clash with Gold Coast. 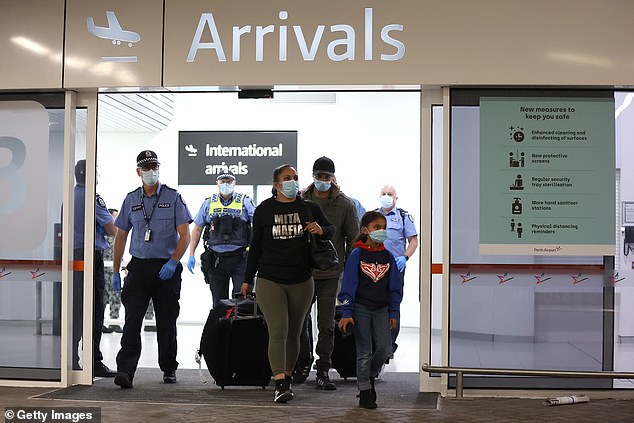 A two-square metre rule will continue to apply to venues without fixed seating, including gyms and nightclubs, and at events such as festivals.

Victoria will meanwhile transition to the ‘very low risk’ category under WA’s controlled border system if there are no further outbreaks.

It will be the first time WA has had no quarantine requirements for any state or territory since border restrictions were introduced last April.

‘It’s an incredible achievement, not just for Victoria but also for the whole nation,’ the premier told reporters on Friday.

‘No community transmission around Australia means lives and jobs have been saved. All Australians can be proud of this achievement.’

Travellers will still need to complete a G2G pass declaring any recent travel and to undergo health screening and a temperature check.

The state’s weekly cap will return to 1025 from March 26, which Mr McGowan said would leave WA accepting the most returned Australians per capita. 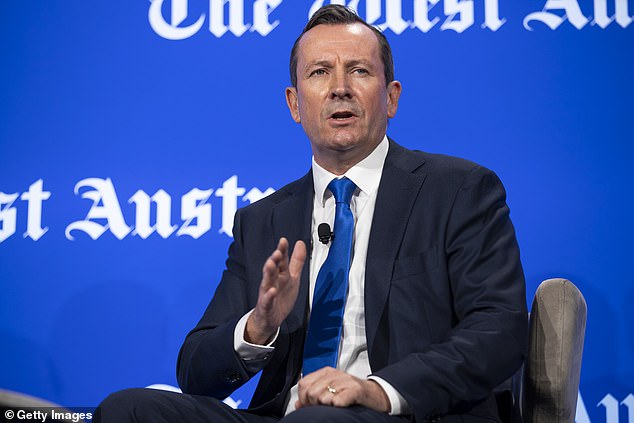 WA has received its first shipment of 21,000 doses of the AstraZeneca vaccine, which will be administered from Sunday at a new central clinic at Perth Convention and Exhibition Centre.

Emergency service personnel will be invited to book appointments alongside the existing cohort of hotel quarantine and border workers.

WA Police and Department of Fire and Emergency Services staff will be first in line, with other high-risk workers invited to book appointments from Monday.

More than 5500 West Australians have had their first dose of the Pfizer coronavirus vaccine, with Health Minister Roger Cook admitting it was unlikely the state would meet its aim of 10,000 jabs in the first two weeks.

‘We were expecting to be able to distribute the Pfizer vaccine to regional areas more than we’ve been able to,’ he said.

‘That’s why we’ve now got the opportunity to distribute the AstraZeneca vaccine.

‘I’ve checked with my colleagues in other states. Western Australia is performing significantly better than most other states on a population basis.’

Mr Cook said regional clinics were due to open in major population centres including Esperance, Albany and Hedland from next week.

Footy legend, 54, allegedly stabbed to death while walking his dog after he stopped for a kebab