This is the moment  hammer-wielding thugs attacked a barber and ransacked his shop while a customer waited for a haircut.

The customer, a 23-year-old software engineer, was waiting for a trim inside Abdul Scissorhands barber shop in Whitechapel, east London when two men – one armed with a pool cue – came to the door and began smashing up the shop.

The suspects attacked the shop windows as the owner picked up a coat stand to defend himself. 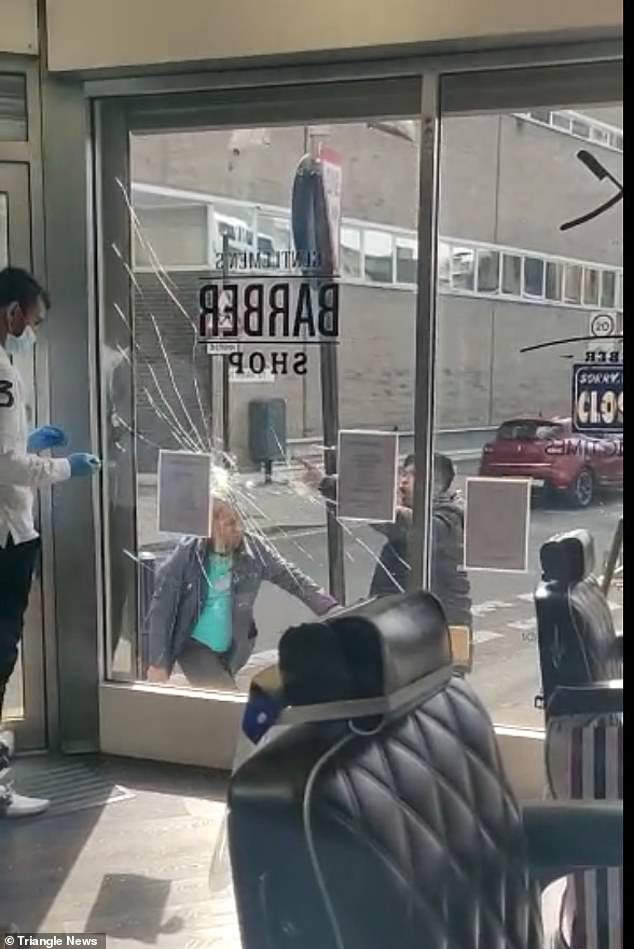 This is the moment a pair of thugs attacked a barber shop in Whitechapel, east London 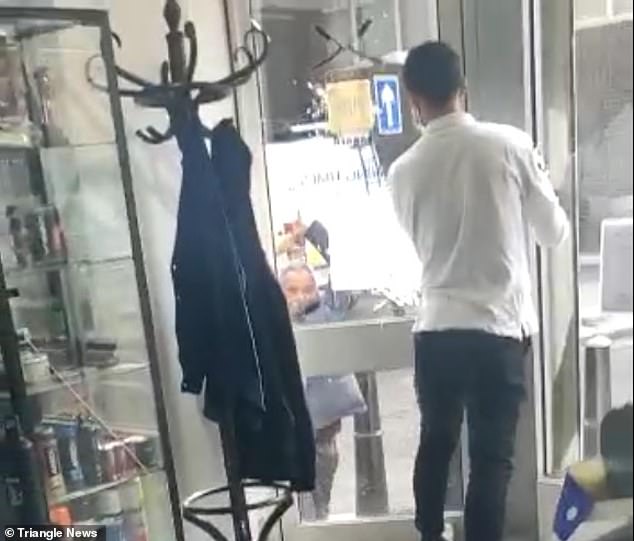 A terrified customer filmed what was happening on their mobile phone 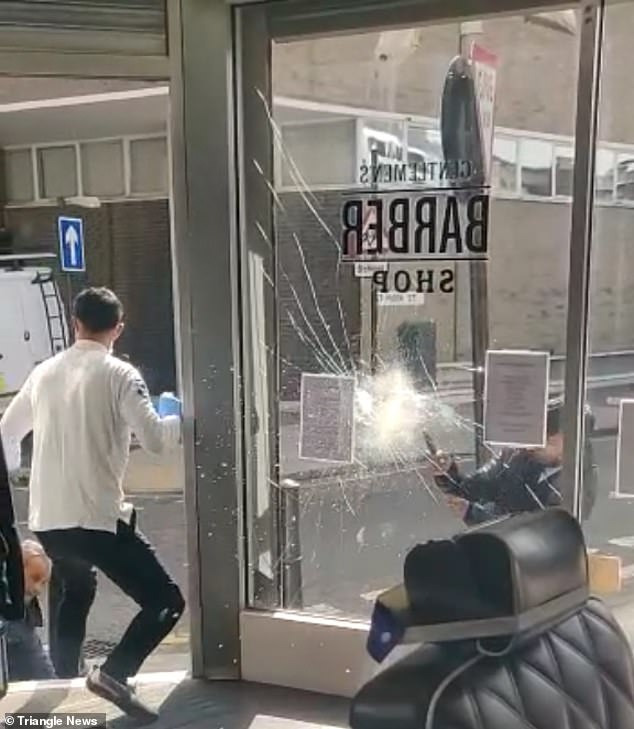 The customer said: ‘To be honest I’m quite angry. I really wanted a haircut.

‘I turned up and he was a little bit angsty because this guy he’d hired hadn’t turned up two days in a row.

‘He was getting really stressed out and quite visibly upset and I was like “Don’t worry about it mate it’s fine.”

‘I sit there in the chair and he starts getting ready to do my haircut and then someone starts walking up the street, and he just storms out the shop and they start screaming at each other outside, and then they start fighting.’

In the clip, a man can be seen repeatedly kicking and punching another man, who tries to defend himself.

The shocking scene left the customer reeling and unsure whether he should flee, but he decided to film the attack in case police needed it as evidence.

He said the barber then returned and started pacing around, util moments later two men armed with a hammer and pool cue stormed the shop.

The customer added: ‘He sat down and had a drink and then literally three minutes after that these two guys turned up, one with a hammer and one with a pool queue.

‘I was sat in the chair – it is only me – and the barber in the shop at the time, and this guy comes in the store with the hammer in his hand.

‘I didn’t understand the language but they were just screaming at each other, and they start smashing things.

‘The other guy is still outside and eventually the barber pushes him outside with a stool.

‘And the guy starts smashing the glass door, him and his mate with the pool cue are outside smashing the windows.

‘There is a shot of them screaming ‘you are going to die’ or something and then he smashes the entire big front window with a hammer and they went off.

‘They were clearly coming back for revenge because this guy beat up their friend or something.

‘They were just pointing inside screaming, it was pretty mental to be honest.’

The suspects can be seen smashing the store windows with a hammer and threatening the barber with a pool cue in the video, as he desperately tries to barricade the door.

The store’s front windows were smashed and the door damaged during the altercation.

He added: ‘At first I felt bad for him because this is lockdown opening and he’s saying the guy he’s hired at the busiest time of year for him has bailed, and I felt bad.

‘But suddenly he starts beating him up and I’m like, wow, that is sketchy.

‘I’m going to have to go and find somewhere else. 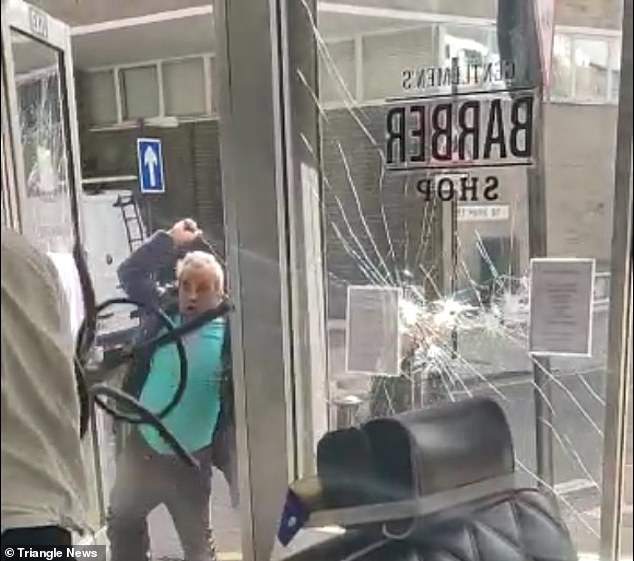 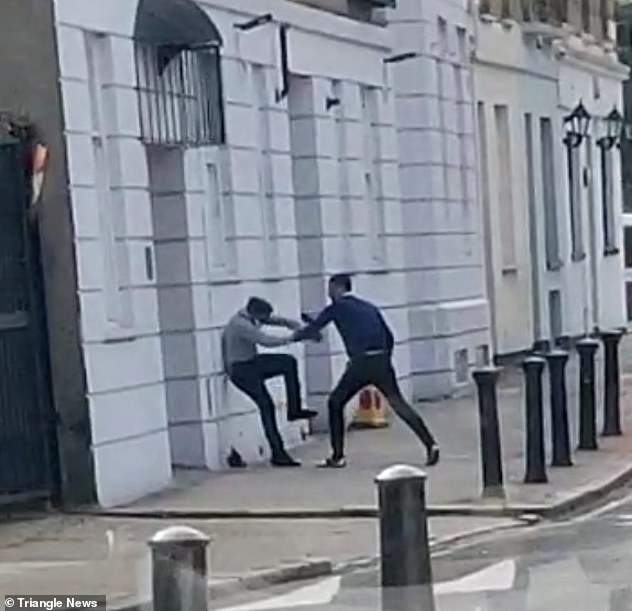 ‘There is no chance in hell I’m going back to that same store.

‘The guy was trying to put me down and saying “It’s fine I’ll sweep up the glass” but I was like “nah mate that is mental”.’

A Met Police spokesperson said: ‘Police were called at 10:43am on Tuesday, April 13 to reports of a disturbance outside a shop in St Mark Street, Whitechapel.

‘Officers attended and two people were arrested on suspicion of criminal damage. They remain in custody while enquiries continue.’

Ghislaine Maxwell has fired back about her updated indictment