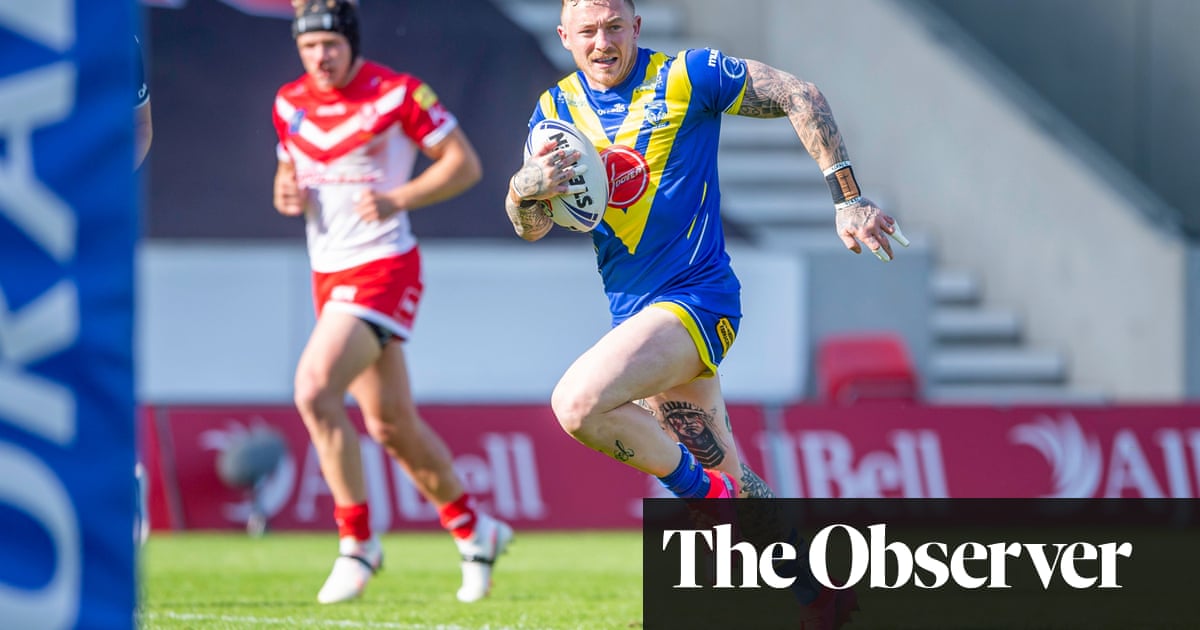 Warrington kept their hopes of retaining the Challenge Cup alive after eliminating the Super League champions, St Helens, in a high-quality quarter-final. They always seem to save their best performances for rugby league’s flagship competition, as evidenced by last year’s final, when they were underdogs against St Helens but defeated them at Wembley.

They were again underdogs here, but put paid to the Saints’ hopes of wining the cup for the first time since 2008. Josh Charnley’s second-half try was ultimately the difference but the game was not settled until a frantic final few seconds, when Saints applied enormous pressure on Warrington to no avail.

It means the Warrington coach, Steve Price, is one victory away from extending his extraordinary record in the Challenge Cup. He reached the final in his first two seasons in charge, but this was arguably the toughest experience he and his side have faced during this run.

“Every time we step out on that field, we go out to be the best versions of ourselves we can be and the Challenge Cup is no different,” he said. “We had to hang in there though at the end, but I thought it was a real high-quality game.”

Price was not wrong. His side trailed early on thanks to Jonny Lomax’s try, before a penalty from Lachlan Coote made it 8-0. However, any thoughts of a one-sided quarter-final were soon eradicated when the outstanding Anthony Gelling claimed a towering kick to halve the deficit.

Shortly after, Gelling turned provider with a magnificent flick‑pass to send Charnley over for his first try, with Stefan Ratchford converting to make it 10-8.

An incisive break from the Wolves a minute before the break then sent Matty Ashton through a gap and Ashton, Super League’s quickest player, raced 70 metres unchallenged to afford Ratchford a simple conversion and make it 16-8.

It was a big moment, but St Helens started well after half-time. They gained a reward for their dominance too, when Regan Grace finished superbly in the corner.

However, when Charnley benefited from a pass that bounced off Gelling’s head to claim his second, it gave Warrington breathing space again. St Helens were not done and while Coote’s fine pass sent Kevin Naiqama over with six minutes remaining, his conversion was wide.

There was more late pressure from the Saints, but Warrington held on to book their place in the semi-finals.

British holidaymakers in France could be SPARED quarantine