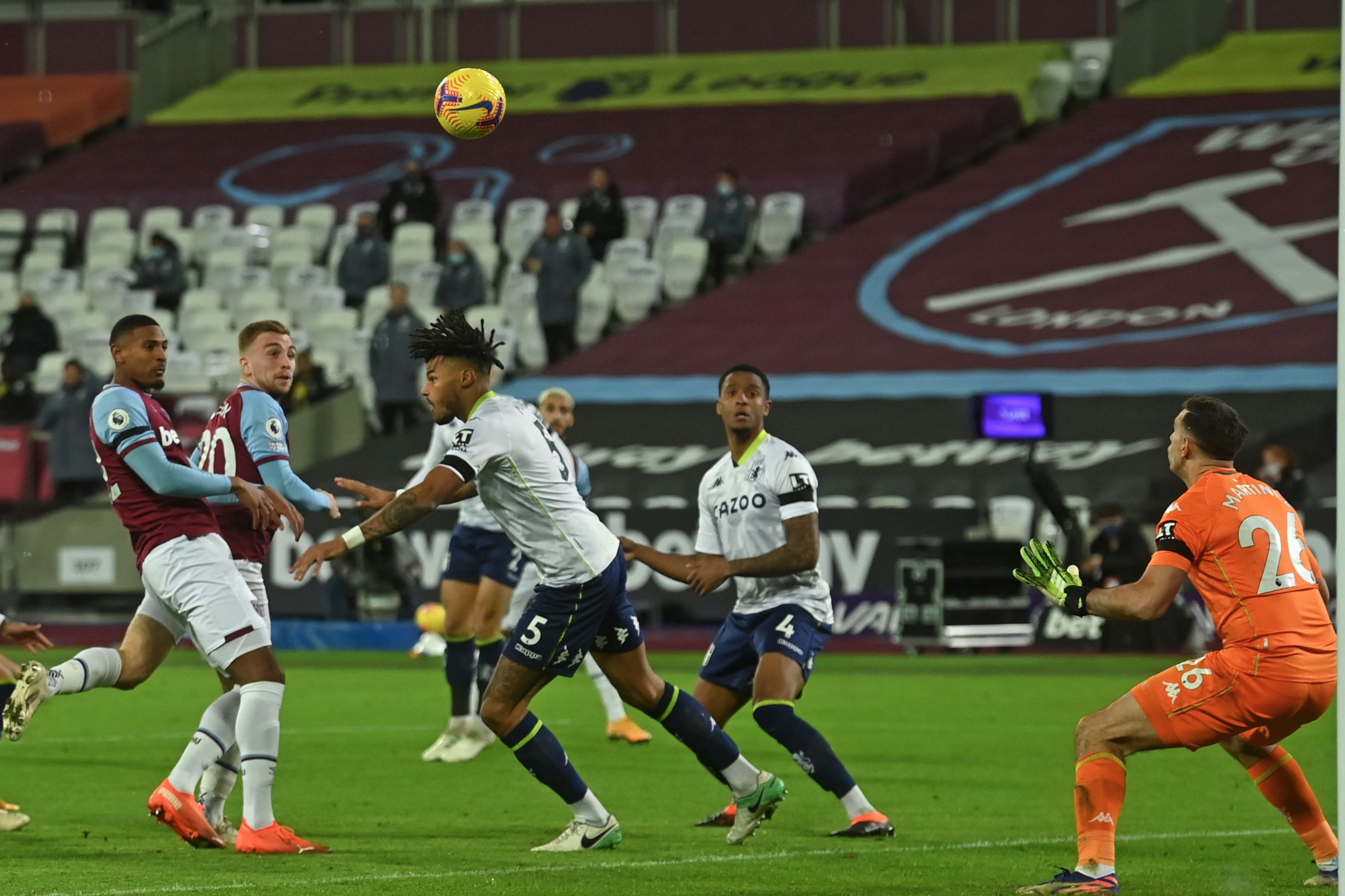 West Ham will be looking to continue their excellent recent form when they host Aston Villa at the London Stadium this evening.

David Moyes’ Hammers have lost just one of their last seven games despite facing some tough fixtures in that run, and had risen to eighth in the Premier League table heading into the weekend’s action.

That is one place, and one point, below their opponents, whose form has slipped after a terrific start to the campaign.

Dean Smith’s men have lost three of their last four in the Premier League, but did earn a superb win against Arsenal on their last visit to the capital.

With kick-off scheduled for 8pm GMT, follow all the action on our LIVE blog with Jack Rosser at London Stadium.

82 mins: We should mention that Anwar El Ghazi and Bertrand Traore were introduced by Villa boss Dean Smith a few minutes ago.

Hourihane and Trezeguet both went off.

78 mins: West Ham will look to see this out by sending on club captain Mark Noble with their third and final change.

Potential match-winner Bowen – who has lost his footing a couple of times in the last few minutes – is the man to go off.

75 mins: There was a VAR check on potential encroachment there, but – to West Ham’s relief – no retake is required.

Rice is a very lucky man.

The England international is never normally caught out of place but he should know by now that, however small the impact of doing it, pulling someone’s shirt in the box is always going to be spotted by the official or by VAR.

74 mins: A huge let-off for West Ham as Watkins smashes the ball against the crossbar!

It comes back into play, with the Hammers then earning a pressure-relieving free-kick.

73 mins: Rice furiously protests his innocence, but there was a tug of the shirt and it won’t be overturned.

Watkins to step up for Villa…

71 mins: Referee Bankes points to the spot after Trezeguet has his shirt pulled by Rice as he tried to collect a Douglas Luiz flick-on in the box!

VAR will have a look at this. The call stands!

69 mins: West Ham deal with an initial cross, before the talented Grealish produces a sublime piece of skill in a tight space to leave Haller, Bowen and Coufal scratching their heads!

The Villa captain then stands up a ball to the back post that is headed over by Watkins.

67 mins: Haller battles well and wins possession for West Ham before drawing a crude challenge from Cash, who is booked for his troubles.

McGinn slides in Hourihane, whose cross is seen away by Balbuena.

Villa then earn another corner through Targett as they continue to turn the screw with over 20 minutes still to play in east London.

65 mins: Grealish is fouled again, but this time Ogbonna is able to head away Hourihane’s delivery from the right.

Ogbonna and Rice then combine to clear his corner, though Targett touches the ball for Konsa and the former Brentford defender digs out a low shot that is straight at Fabianski.

Labour to abstain in vote on new coronavirus restrictions

IAN BIRRELL: Deeming some lives to be ‘more valuable’ than others is utter inhumanity