West Ham vs Man City player ratings and what we learned: Narrative changed but Antonio fitness a concern 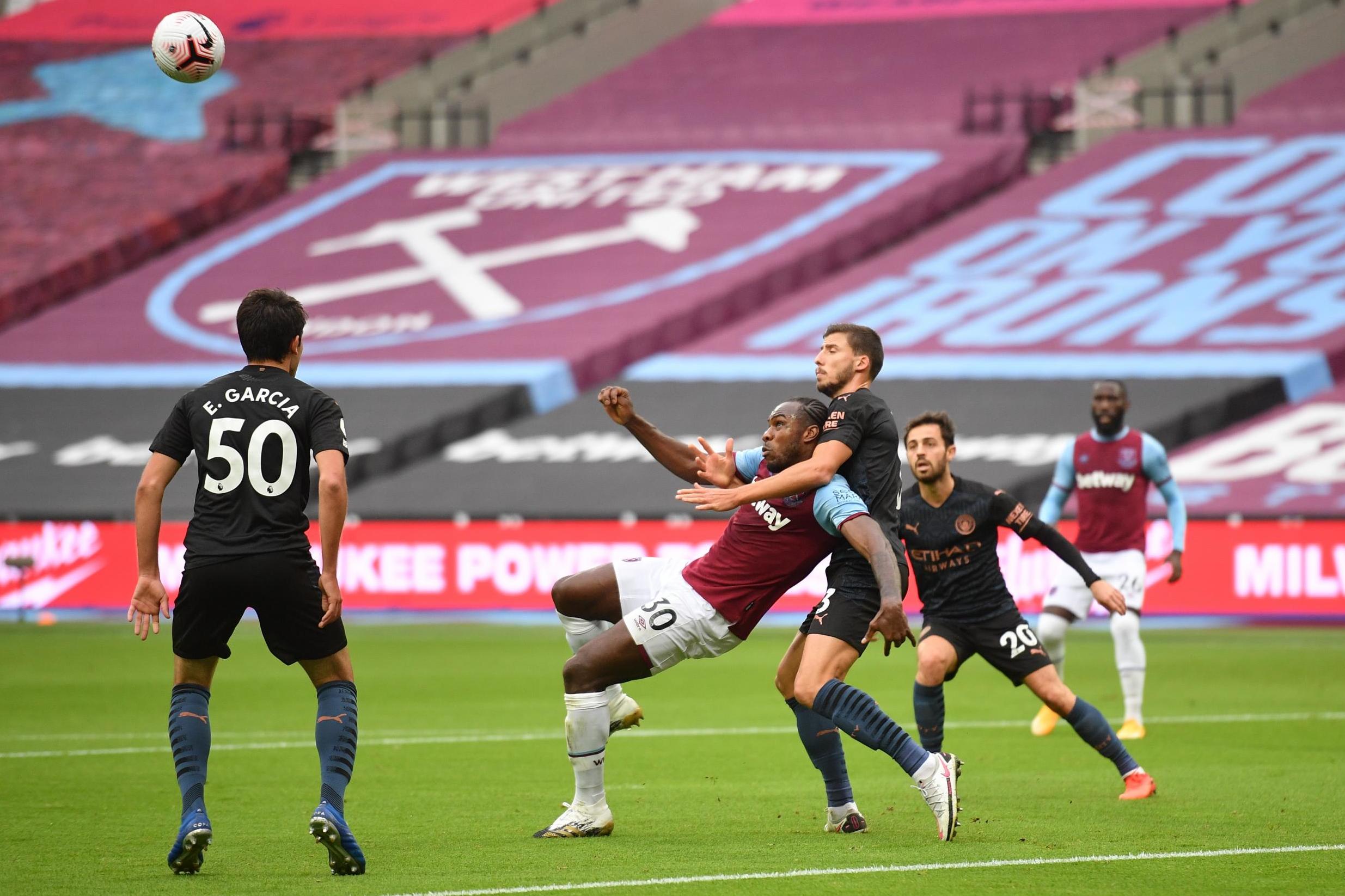 West Ham continued their impressive form with a resilient 1-1 draw against Manchester City at London Stadium.

Buoyed by their remarkable 3-3 draw at Tottenham last weekend, the Hammers earned another encouraging point against Pep Guardiola‘s side, who dominated proceedings and should have wrapped up the win through Raheem Sterling, who missed a one-on-one in the final five minutes.

The result means the Hammers are now unbeaten in their last four games, taking eight points against Wolves, Leicester, Spurs and City.

Their gruelling run is not over yet, with a visit to Liverpool in wait next weekend, but they can take huge heart from their last four performances and David Moyes‘ talk of European qualification is not looking beyond the realms of possibility in this wide open, unpredictable season.

The Hammers were under pressure from the first whistle to the last, with City averaging around 70 per cent possession, but their discipline and organisation made them worthy of a point.

After being wide open against Spurs and falling 3-0 down inside 16 minutes, the Hammers defended durably and Łukasz Fabiański was only seriously called into action twice after Phil Foden had cancelled out Michail Antonio‘s brilliant early strike.

Moyes kept the same XI that started against Spurs and the hosts formed a resolute back five without possession, with midfield pair Tomas Soucek and Declan Rice shielding the defence.

Just as the game appeared to be developing into a test of Man City’s patience, West Ham took the lead against the run of play through Antonio.

Jarrod Bowen had made inroads down the right, where the right-footed Cancelo did not look comfortable at left-back, and after good work from the winger, Soucek slipped a pass back to Vladimir Coufal, whose cross was acrobatically volleyed home by the striker after 17 minutes.

It was not quite a bicycle kick, but still a superb display of strength to hold off Ruben Dias and skill to finish acrobatically over his shoulder.

Soucek had appeared to use an arm to control the ball in the build-up and some of City’s players seemed to expect a whistle from referee Anthony Taylor.

Far from spark City into life, the goal changed little about the pattern of the contest, with the visitors continuing to hog the ball for the remainder of the first half without really threatening Fabiański’s goal.

West Ham, meanwhile, grew in confidence and Antonio was looking menacing, keeping Dias and Eric Garcia on their toes by splitting off into the channels and pushing his weight around.

Unsurprisingly, Guardiola made a change at half-time, replacing the injured Sergio Aguero with Foden, and the substitution immediately paid dividends, with the playmaker swivelling to convert from close range after Cancelo’s dart down the left.

The situation looked ominous for the Hammers, particularly when Guardiola called for Kevin De Bruyne from the bench after 68 minutes, but the hosts held firm, with City only really piling on the pressure in the final five minutes.

Sterling should really have won it, twice breaking clear late on, only for Fabiański to save before the England forward took too many touches on another break.

West Ham held on for a point that ultimately felt fully deserved given the way they had battled and they can feel confident in setting their sights high for the remainder of the campaign.

Hammers change the narrative against City

To illustrate what an impressive point this was for West Ham, you only have to look back at their record against City. Their last five home matches against the Citizens had finished 0-5, 0-4, 1-4, 0-4 and 0-5 and this was their first point against the Manchester club since 2016.

Had they conceded a second goal, it would have equalled a club record of ten straight defeats against the same opponent. The change in outcome illustrated West Ham’s gradual improvement under Moyes, who has built a hard-to-beat team who possess plenty of threat in the final third.

The result also spoke to City’s decline under Guardiola, who is surely under pressure with his side languishing in 11th going into November. For all their possession and neat passing, Guardiola’s side look nowhere near as threatening as they did 18 months ago.

Antonio underlined his importance to West Ham again with his 11th Premier League goal since the restart in June (only Harry Kane has scored more in the same period, with 12) and his withdrawal at the start of the second half was a blow to the hosts.

West Ham struggled to hold up the ball without their target man and looked less likely to hit City on the break once he was replaced by Andriy Yarmolenko. The extended break for the shutdown appeared to do wonders for Antonio, who returned looking fitter than ever after a succession of injuries over the past few years.

There are few players in the Premier League more effective at playing the lone striker role than Antonio and he occupied City’s centre-backs for 50 minutes and showed his quality with the finish.

His substitution looked like a precautionary move after Antonio was withdrawn early in the draw against Spurs with a knock. Clearly, Moyes is taking no risks with his centre-forward but he needs him fit and firing.

His absence was most keenly felt when Pablo Fornals broke late on but fired tamely at Edison from a good position.

Star man: Antonio. Only on the pitch for 52 minutes but scored a stunning goal and occupied City’s back four impressively.

Man beaten with axe and rushed to hospital in Adelaide