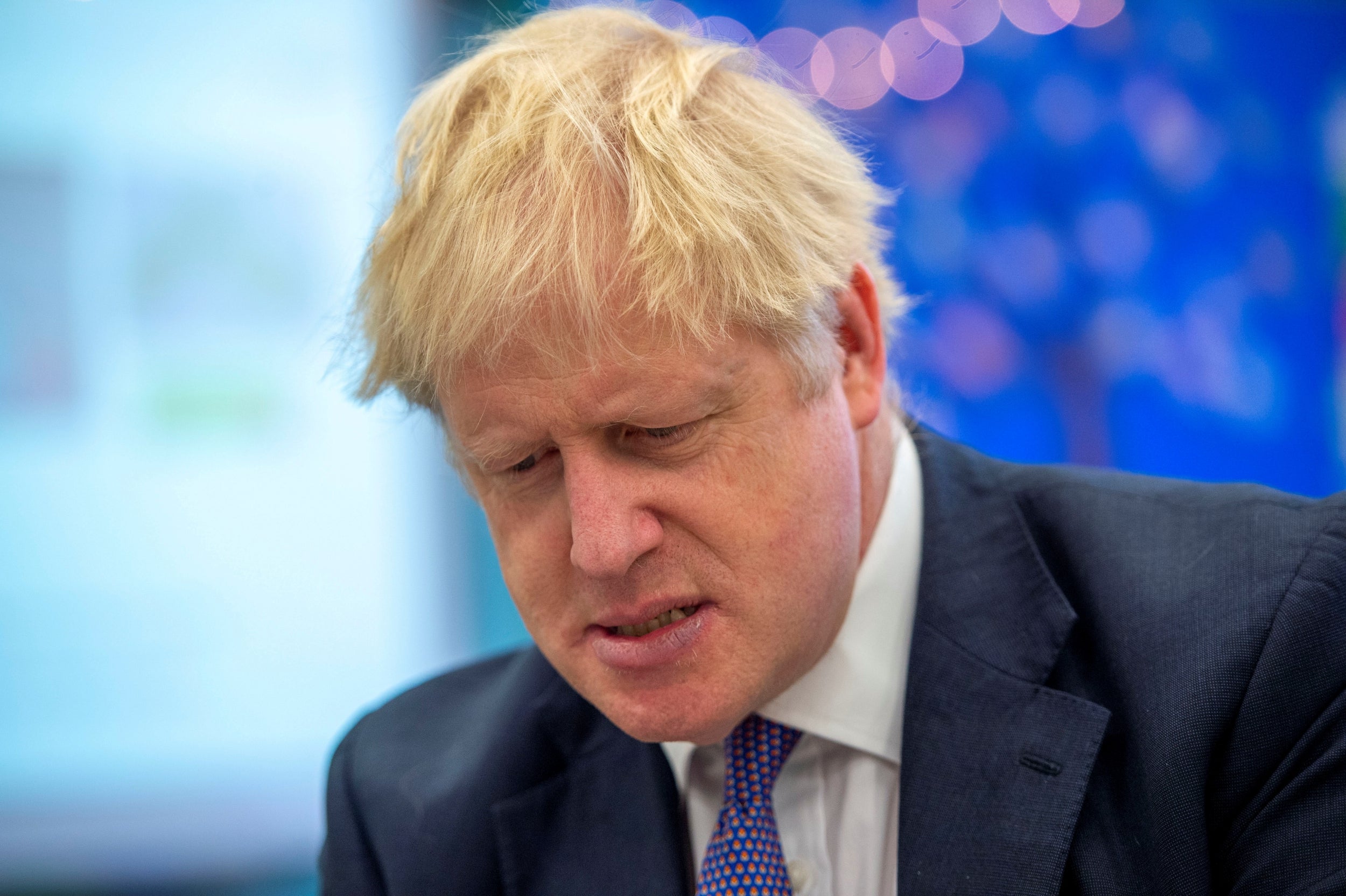 A call by more than 50 Conservative MPs for a route map out of the lockdowns clamped on Northern cities was echoed by pleas in the south and London for more clarity.

More regions woke up today to find themselves being put into the toughest level of restrictions, Tier 3, meaning 8.2 million people in England face complete bans on households mixing.

Community and health leaders in London are now discussing what triggers and levels could see the capital move back from Tier 2 into Tier 1.

The intervention by 55 Tory MPs on the new Northern Research Group created a challenge to Mr Johnson’s policy of regional tiers of restrictions.

Former minister Jake Berry said the public did not yet know how their areas could escape from Tier 3 controls: “What I would like to see on a personal basis is that information provided in an easily digestible consumer-facing, public-friendly way that can show people a route out of these restrictions.”

He called for “consistent and clear data to be published that shows not just council leaders, but also the public and businesses alike, how they are doing in tackling this pandemic”.

The group, which warned the North-South divide risked being widened by the crisis, is big enough to overturn the PM’s majority in a Commons vote.

Their concerns were echoed in the south.

City Hall said the capital was devising its own exit plan. A spokesperson for Mayor of London Sadiq Khan said: “London is leading the way on developing de-escalation plans from tier 2, as there is currently no national approach.

“Before moving to Tier 2, Sadiq and the cross party committee of London council leaders commissioned PHE to develop the criteria for de-escalation, which will include NHS admissions and ICU indicators, as well as case rates and positivity. This is now going through a national clearance process. However, the virus is still spreading in every part of our city and it’s essential that Londoners continue to follow the rules if we are to slow it.”

Twickenham MP Munira Wilson tweeted: “Paging northern Tory MPs. A number of us have been asking for the exit criteria already. You’re going to be disappointed with the answer.” Conservative MP Daniel Poulter, a doctor who represents part of Suffolk, backed a new independent report calling for a New Zealand-style plan to suppress and eliminate the virus, not “live with it”. He said: “Like New Zealand, we are an island or group of islands and we can leverage our geography to our benefit in battling the pandemic.”

Dr Poulter is a member of the all-party parliamentary group on coronavirus, which backed the Covid-Secure UK exit strategy, pushing for stricter short-term measures, and more intense testing and tracking including on airport arrivals.

Martin McKee, Professor of European Public Health at the London School of Hygiene and Tropical Medicine and a member of Independent SAGE, said: “The UK government’s approach is based on a false choice or ‘balance’ between saving lives and protecting jobs and the economy. This has given us some of the highest death rates and greatest decline in GDP anywhere.”

Simon Thomas, chief executive of the London Hippodrome casino in Leicester Square, said West End businesses were desperate for more information about how the capital would qualify to leave the tier 2 “high” category of risk.

Mr Zahawi defended support for the North and Midlands and said Tier 3 curbs were reviewed after 28 days.

He praised the northern MPs as “champions for their area” who wanted jobs and growth and told Sky News: “That is absolutely our focus, and you will see that coming through in our refresh of the industrial strategy.” He said the North and Midlands will benefit from a £180 million share of the £3.6 billion towns fund.

Roberto Carlos: The Complete Modern Day Full-Back With Thunder in His Boots

Cozy Up With Your Morning Coffee in This Bestselling Knit Sweater

National debt soars past £2 trillion, but we can manage it