Why life insurance is nonsense – The Hindu 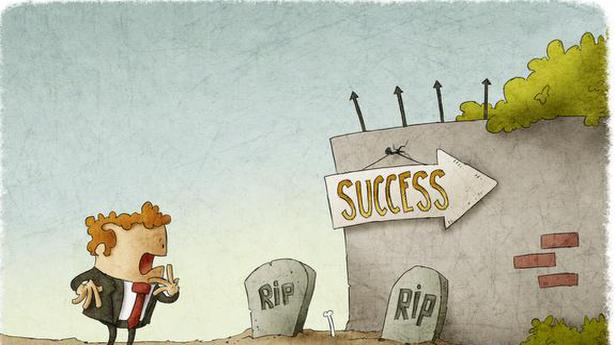 What’s the whole point of dying if even your family doesn’t suffer from it? I would want the whole universe to suffer when I die

I used to believe in God, but not anymore. I blame Modiji for that. When he said, “Be atmanirbhar’, I decided I’ll no longer depend on a Being whose existence, according to Twitter, is a disputed claim. Did I then go and buy life insurance? No, that’s where things get complicated. I find the very concept of life insurance morally suspect and existentially contradictory. Let me explain.

The whole idea of life insurance is that you go on paying little sums of money to someone so that you get a big sum of money AFTER you die. They even have a name for it: ‘death benefit’. To me, ‘death benefit’ sounds a lot like torture benefit. Or lobotomy benefit. Or Achhe Din benefit. Call me selfish or whatever, but I can’t convince myself to shell out my hard-earned money — after paying income tax, GST and petrol price — for a scheme where I get it all back when I’m no longer around to even fill out a customer feedback form.

I do get why people sign up for life insurance. The argument is that if you’re an earning member of a family and you die, your family shouldn’t suffer. My point is: Why not? What’s the whole point of dying if even your family doesn’t suffer from it? I would want the whole universe to suffer when I die.

A friend once told me he took whole life insurance — which lasts till you are 99 years old or dead, whichever comes first — when he was 22. He said he wanted to leave his (then yet-to-be-conceived) offspring a big fortune. Since he would have been paying premiums for about 40 years when he pops it, the ‘death benefit’ in his case would be substantial, almost as much as what Ambani makes in 40 minutes. He explained the logic to me. “I may have been born in a middle class family,” he said. “But I will die knowing that my last rites would be performed by HNIs.”

To my mind, there are two problems here. Firstly, what kind of a 22-year-old spends his time thinking about life insurance? I would say a 22-year-old who was born middle-aged. I mean, look at Greta Thunberg. Or Disha Ravi. Ok, I concede Disha should probably get an LIC policy. But what about someone like Bhagat Singh? Or Subhas Chandra Bose.

What no agent will tell you is that you won’t get the death benefit if you are hanged while fighting for your country’s freedom. In the case of Bose, the payout would have been denied simply because the cause of death is unclear. Had Bose taken life insurance, can you imagine how much running around his family would have had to do to get their claim approved? And they would’ve still had to go to the grievance cell of IRDAI, which is a hit-or-miss even on a good day.

What bothers me more than the built-in improbity of life insurance is the hypocrisy embedded in it. They claim to compensate for loss of life but they won’t do it unconditionally. I mean, does anyone sit down and select from a drop down menu how they wish to die? But that’s what insurance companies seem to believe. They will fatten themselves on your premiums for 45 years, and then give your spouse nothing if you happen to die by her hand. I mean, how is it their business whether I die of malaria or marital discord?

They can also deny the claim if you drink yourself to death. Is it not hypocrisy of the highest order to call it SUM ASSURED, and then go back on this assurance over a bottle or two (or three) of single malt? And that’s not the half of it. I once asked an agent from a leading firm what happens if I’m bitten by a zombie and become a zombie myself. I would be dead but physically active. Will my family get death benefit or not? He said, “Sir, as per Section 3, sub-section (a), clause (iii) of our policy terms and conditions, an individual who is running around trying to eat other people would be deemed as a ‘living person’ and therefore any claims on his policy would be invalid.”

That’s their level of understanding. Don’t they even know that a zombie, by MEDICAL DEFINITION, is a dead person? I am convinced they know it but are willfully refusing to accept it because then they will have to start paying out all those hundreds of claims they’ve denied over the years on the bogus pretext that zombies are not dead people. How shameful is that? And still people tell me life insurance is not a fraud.

Father knocked overboard by a whale while sightseeing in South Africa

Tennessee school resource officer shot in the leg by student

GYLES BRANDRETH: Am I being very brave – or very foolish? That’s the question Prince Philip asked