Wild lynx may soon be reintroduced to the UK’s fields and woods in a bid to cut the soaring number of deer which are damaging young trees and crops and causing crashes.

The plans have been put forward by the Lynx Trust UK who say although sheep may be targeted by the feline predators, compensation would be available for farmers.

It is now estimated there are two million wild deer in the UK – the bigger number for a thousand years, helped by the extinction of their natural predators like wolves.

By feeding on the undergrowth and stripping the lower branches of trees bare, the deer damage potential nesting spots for birds.

Many increasingly rare species of butterflies are also deprived of cover, food and egg-nesting sites by the ‘plague’ of deer.

The Lynx UK Trust is lobbying for permission to reintroduce the big cat, which was hunted to extinction in the UK more than 1,300 years ago.

If successful, the lynx would become the country’s largest current-day ‘natural’ predator, bigger than foxes and badgers. 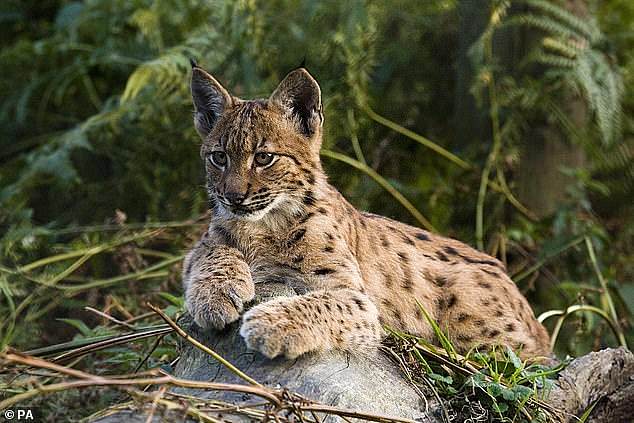 The lynx is a medium-sized cat that is most often found in remote forests of Europe, Asia and North America.

Lynx are solitary and secretive creatures who live in dense forests full of hiding places and stalking opportunities.

Often, the only way humans know that lynx are in a particular area is by the footprints they leave in the snow.

They live off a wide range of species but are specialist deer hunters.

The wild lynx was most likely hunted to extinction between 500 and 700AD in the UK.

There are no recorded lynx attacks on humans and the Lynx Trust insists that the GPS collars would ensure they are monitored so they do not go to close to towns.

Online consultations are to be held next month, proposing  the issuing of a Government licence to set a controlled number of lynx free in Kielder Forest in Northumberland, where there is a large population of wild deer.

Michael Gove rejected a similar application in 2018, but the Lynx UK Trust, which is behind the scheme, says the picture has changed now, not least because of the population boom in deer numbers.

Trust director Dr Paul O’Donoghue said: ‘What was seen as wildly ambitious in 2018, is now seen as essential and urgent.

‘The whole environmental agenda in the UK has changed – reintroducing lynx is now a mainstream concept and the protection and restoration of our broken ecosystem is very high up on both the public and political agenda.

‘Our team has been working extensively on the application, and we have spent the last two years carefully addressing the feedback provided by Natural England after our first licence application.

‘We are now very confident that this application will be approved. Major changes are that a Habitat Risk Assessment is now in place, and we have halved the number of lynx we want to bring in from six to three.’

In November, the head of Natural England, Tony Juniper, suggested that lynx were the most likely candidate to be reintroduced as a measure to tackle rising deer numbers. 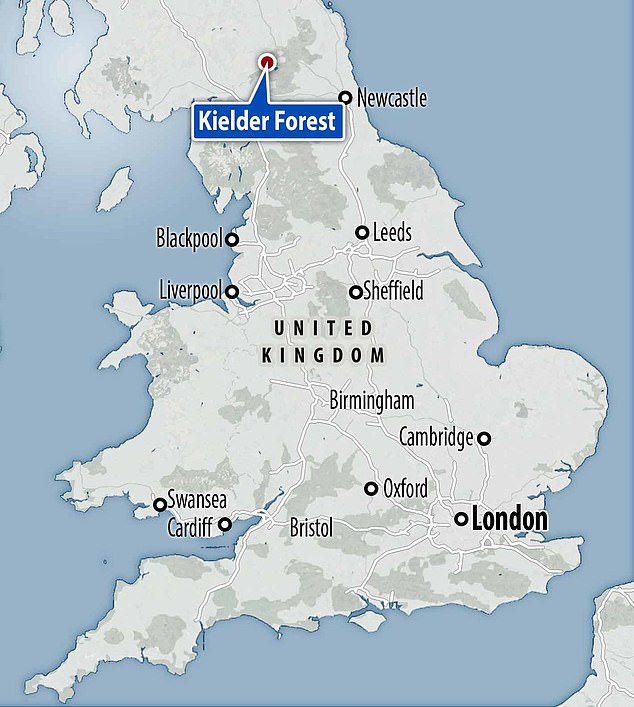 Head of the National Sheep Association, Phil Stocker, said the organisation opposed the proposal last year because there were 1,000 sheep farmers within 30 miles of Kielder Forest, and they feared for their flock’s welfare.

If the pilot scheme in Kielder is a success, it will be repeated in other areas across Britain.

The trust says that if deer numbers are kept down, it will improve farmers’ crop yields and help wildlife and forestry.

They said there would be ‘minimal’ damage to farming, as lynx prefer to hunt deer rather than sheep or even domestic pets.

The trust said: ‘Reintroducing lynx here does mean that some sheep will become prey, but the vast majority of European evidence suggests it will be a very small number simply because lynx and sheep tend to have very different habitats.

‘And we will have a compensation scheme that really does what it’s supposed to for the times when they come together.

‘How much risk, it’s impossible to say – the really important thing is what we plan to do about it.

‘Even if it’s just one sheep, British farmers have a pretty hard time of things already, and a sheep lost is money lost. There must be generous compensation, above the market value.

‘Some fears have been raised that farmers will simply wake up to missing sheep with no evidence left to claim compensation on.

‘But throughout the trial, every lynx will be radio collared…the type of collar that regularly transmits GPS position to a satellite. 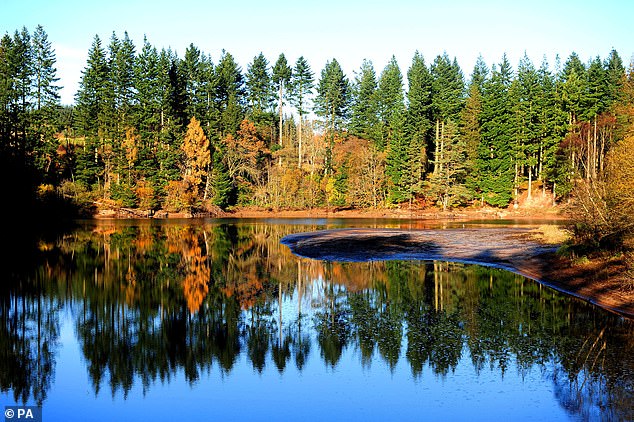 ‘If a flock or herd is visited by a lynx, the footprints will be very clear in that data.

‘We want to make sure the compensation works for farmers because we want a successful reintroduction – the two go together.

‘Lynx are drivers of large scale habitat restoration, and as specialist deer hunters they can begin to impact both numbers and behaviour of the deer population in the UK.’

Oren Taylor, a philanthropist funding the project said: ‘They are widely considered to be perfect reintroduction candidates because they are no risk to humans, pose very little threat to livestock and are charismatic and beautiful animals, which are drivers of ecotourism in rural communities which can generate millions of pounds each year.’

Lynx have been the subject of numerous successful reintroduction programmes across Europe, including Germany, France and Switzerland.

The trust said there could be an economic benefit too, with tourists booking trips in the hope of spotting lynx in the wild.

He said ‘We are incredibly excited about working with the Lynx UK Trust to create a thriving eco-tourism business in Kielder.

‘I have seen first hand the hugely positive impacts that lynx have brought to struggling rural communities in Spain and I have no doubt that we can emulate this success in Kielder.’

The trust has spent 18 months talking to residents and organisations in the Kielder area to drum up support.

They said ‘Now, to follow up on that work, and as a final step before submitting the application, the trust is hosting two online consultation events to be streamed over Facebook.

Once completed, findings from the consultations will be included in the application that is submitted to Natural England.

If approved, the lynx will be brought over from Sweden, acclimatised in pre-release enclosures and then set free in the forest wearing state-of-the-art GPS collars.

‘Cinemas will die’: Bond girl Valerie Leon insists No Time To Die should NOT be streamed

Serial Stowaway Marilyn Hartman Likely To Get Jail, But Credit For 500-Plus Days Served

Streets locked down as siege underway in Newcastle

Some Insurance principles that may impact you – Mint