Wirecard Folds: A Blow to Crypto Cards, but a Chance for Blockchain 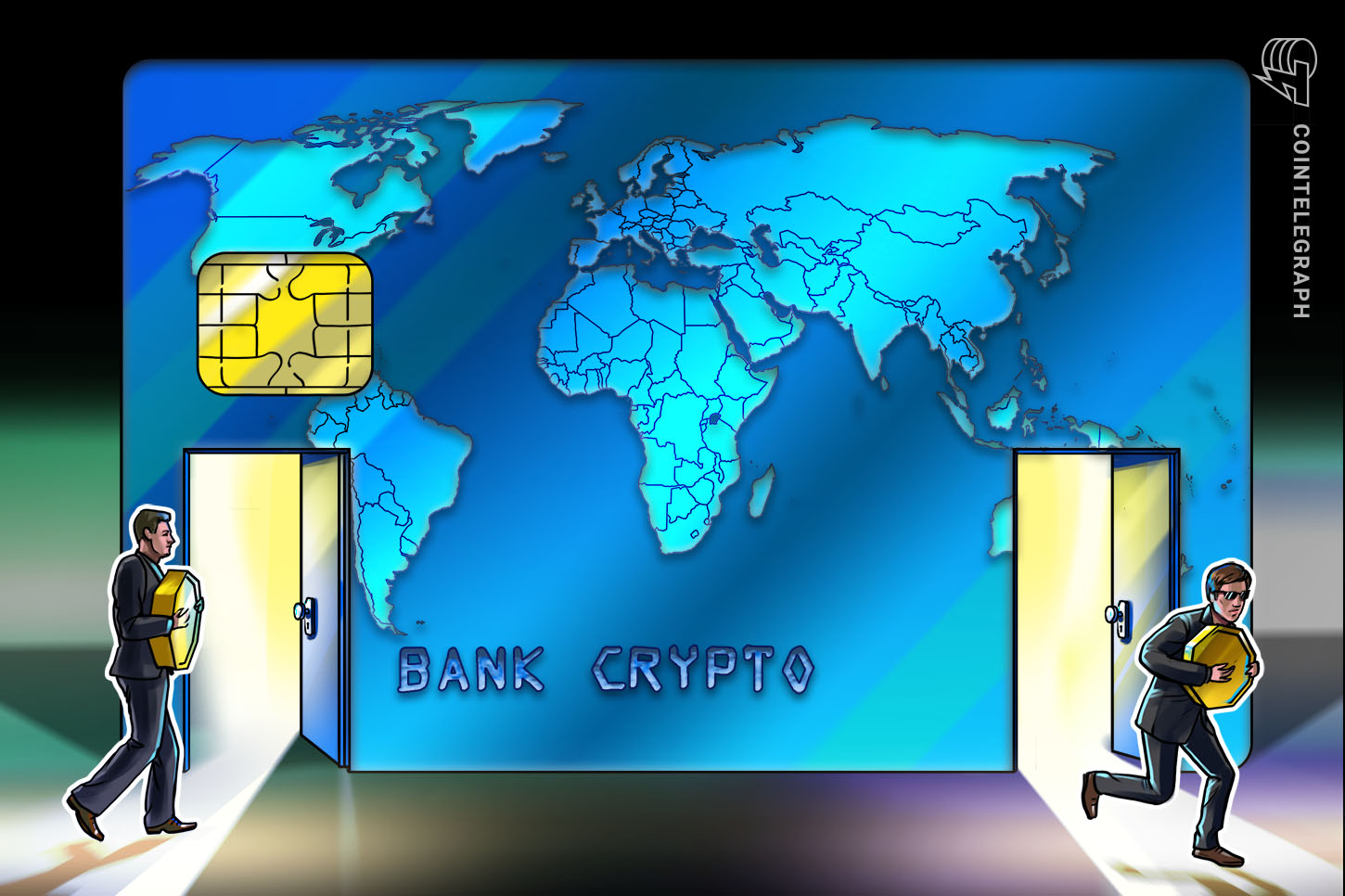 Some of the most impactful frauds in modern history, from the Enron scandal to the Bernie Madoff investment scheme, were carried out by malignant actors inside or at the helm of corporate entities who manipulated the tangled, esoteric financial records. This is precisely the kind of behavior blockchain technology is designed to obliterate.

The rapid demise of the German financial technology company Wirecard, which established itself in the blockchain community as a major crypto debit card issuer, seemingly belongs to the same category of events. In the long term, it might contribute to the growing public demand for increased transparency of corporate financial records and money flows.

The power to issue cryptocurrency debit cards connected to the Visa and Mastercard systems is an enviable one. Businesses that find themselves in this position serve as a gateway between the realm of digital cash and the world where it can be exchanged for goods and services as handily as fiat money.

This middleman job is also quite lucrative, as companies that absorb both the volatility risks and trouble of compliance are entitled to hefty fees on every step of the process. The regulatory burden, however, is so onerous that there is usually no more than one major principal provider issuing the bulk of Visa and Mastercard cryptocurrency cards at a time.

A company called WaveCrest was once backing a handful of the most popular products in this space — such as Cryptopay, Bitwala and TenX — until it fell out of grace with Gibraltar regulators and was shown the door by Visa in early 2018.

Wirecard was big in the fintech field long before the term came to be associated with the convergence of finance and blockchain technology. In a conversation with Cointelegraph, Seamus Donoghue, the vice president of sales and business development at Metaco — a provider of digital asset technology solutions — observed:

“Wirecard AG began processing payments for gambling and pornographic websites 20 years ago and has grown to become a bluechip DAX listed German tech darling. With a peak market capitalization of 25 billion dollars, it counts Olympus, Getty Images, Orange and KLM among its customers. As a payment service provider, merchants use it to accept payment through credit cards, PayPal, Apple Pay and others.”

Operating on a truly sizable scale within the traditional financial system, Wirecard “does not appear to have branched out to service crypto firms in any meaningful way,” said Jeff Truitt, the chief legal officer of Securrency — a firm providing technology infrastructure to the regulatory technology and financial technology industries. Truitt also noted that few of the mainstream press articles covering Wirecard’s meltdown mentioned its affiliation with crypto at all.

Foreshadowing Wirecard’s present collapse was a chain of incidents where the group’s various units were suspected of fishy accounting practices. The Financial Times even ran a specialized series, “House of Wirecard,” looking into various instances where the company’s financial reporting raised questions. Last year, Wirecard emerged largely unscathed from a scandal that uncovered a pattern of systematic book-padding across the firm’s Asian operations.

The latest round of controversy began to unfold on June 18, when Ernst & Young auditors reported that they were unable to locate more than $2 billion that was supposed to be sitting in Wirecard’s Philippines-based accounts. A few days later, the payment processor’s board admitted that the funds likely did not exist. From there, things escalated quickly with CEO Markus Braun’s arrest on June 23 and Wirecard’s insolvency filing on June 25, followed by the United Kingdom’s financial regulator suspending the firm’s subsidiary that issues Visa crypto debit cards. Fortunately for cardholders, the ban proved to be short-lived, as it was lifted after just three days.

Against the backdrop of law enforcement officers searching its Munich headquarters, Wirecard is now going into administration. As the Financial Times reported, potential buyers are already lining up for its various units. Expectedly, in a matter of a few days, the value of the company’s stock all but evaporated. Despite EY claiming that its “robust and extended audit procedures” could do little to detect the complex fraud scheme, disgruntled investors are taking legal action against the auditor for failing to report the abuse soon enough.

The Wirecard case could inflict long-term reputational and business damage on actors far beyond those immediately involved. As the Wall Street Journal’s Patricia Kowsmann opined, the scandal particularly “has proven an embarrassment for BaFin, Germany’s markets’ regulator.” Other observers maintain that it could even put a stain on Germany’s ambitions to become Europe’s financial center after the U.K.’s departure from the European Union. In the wake of the initial reports of the fraud, German economic and finance expert Holger Zschaepitz tweeted:

“Good morning from #Germany, whose reputation as a reliable business location has suffered. The collapse of Wirecard has damaged trust in the German regulatory framework. After the turmoil at VW, Bayer, or Deutsche Bank the Germans are seen as tricksters.”

Alexander Bychkov, the CEO of Embily — a global crypto debit card provider — agrees that the Wirecard swindle could contribute to a shift in which jurisdictions are considered “safe” for payments businesses:

“The present Wirecard debacle gives companies that are regulated in other parts of the world an opportunity to compete on a global level since ’safe jurisdictions’ don’t seem to be that safe, e.g. emerging markets have been the scene for creative innovations in payments for the past decade. However, when it comes to crypto, each country is still a test lab for digital currencies and payment methods.”

Auditor firms, particularly those constituting the Big Four, can also expect some serious heat resulting from the case. EY’s failure to detect the shady dealings and warn the public has already resulted in resurged scrutiny of auditors’ own organizational processes and calls for the titans of the industry to be broken up, and a lawsuit is even being filed against the firm.

Truitt sees the Wirecard case as a symptom of an institution-level dysfunction, as “marquee institutions apparently failed to detect systemic fraud,” adding that: “Unscrupulous actors at Wirecard seem to have engaged in wrongful activity for far longer than they should have. Despite the highest standards, the system failed.”

The extent of crypto loss

It is plain to see how the downfall of the key crypto debit card issuer could cause immediate harm to the industry, both operationally and in terms of trust. Alexander Blum, the co-founder and chief operating officer of fintech company Two Prime, told Cointelegraph that because Wirecard supported some prominent crypto debit card issuers, its collapse will unsettle the niche market: “The fall of Wirecard, despite what these companies may say, puts a real kink in their plans. Millions of cards these companies have spent years to distribute are now useless.”

Andrew Howell, the lead blockchain engineer at blockchain network management tool Blockdaemon told Cointelegraph: “Customers may lose faith in these companies if [they] cannot get their cards reactivated or alternatively find a replacement card issuer in the near term.”

At the same time, the severity of the damage is limited by the fact that Wirecard did not actually hold any of its card users’ digital funds. Adam Traidman, the CEO of crypto wallet firm BRD, told Cointelegraph:

“Fortunately, it is safe to assume that Wirecard does not have direct custody of most, if any, companies’ crypto assets, as mentioned by Kris Marszalek of Crypto.com. So, I do not see this affecting crypto much at all.”

Embily’s Bychkov further explained that users’ fiat assets are safe as well: “The clients’ fiat funds are held by an e-money institution (EMI) which is typically regulated by financial regulatory bodies and the funds are held by another bank (not Wirecard) as required by those bodies.”

For some experts, the Wirecard case appears to be grave enough to shake public trust in financial technology at large. Erick Pinos, the Americas ecosystem lead at blockchain platform Ontology, said that the scandal “lays bare how broken and opaque the fintech system is, that a company as large as Wirecard was able to operate with this level of deceit.”

Metaco’s Donoghue opined that the Wirecard fraud could deal a lasting reputational blow to the companies that dealt with the German firm. Donoghue thinks the argument that a company can “offer new services and products like cryptocurrencies, while their processes and funds were as safe as with traditional mainstream financial service providers, has been weakened.”

Nick Cowan, the CEO of the Global Stock Exchange Group, otherwise known as GSX Group, views the situation more optimistically. He maintains that while the misdeeds the scandal exposed are common for the corporate finance sector at large, the fintech field holds the cure:

“I don’t believe this will have any widespread negative consequences towards investment or support in the fintech sector, the unfortunate reality is that corporate fraud will exist as long as there are avenues for bad actors to manipulate and exploit. Fintech is pushing the boundaries to stop situations like this from taking place, or at least mitigate the likelihood of their occurrence.”

In the short term, the affected debit card providers will have to urgently resolve the problem of finding an alternative principal issuer, opening room for another processor to bridge the gap. It is also possible that Wirecard Card Solutions, the company’s independent U.K.-based subsidiary, will continue to issue Visa and Mastercard crypto cards after changing hands in the administration process.

In the longer term, however, more fundamental changes will have to engulf corporate finance and payment industries if they are ever to rid themselves of the fraud plague. Some obvious solutions include transitioning toward more decentralized and transparent payment and accounting systems. Ontology’s Pinos commented:

“We should strive to use the merits of blockchain to build new financial products that push transparency and financial inclusivity to ultimately propel the fintech industry into a better place where it serves the people.”

Coronavirus UK: Death rates of people with autism have DOUBLED

Lithuania to Launch CBDC This Month — Intended for Collection Purposes, Not Trade