An American woman who has been living in the UK for 10 years has revealed the things she still thinks are ‘weird as hell’ about the nation.

Jessica Rose, believed to originally be from the US, took to Twitter and shared a short thread of things that still baffle her about Brits.

Among the amusing comments include the way in which British people have ‘rising intonation when they say “bye” on the phone,’ and why many get ‘arguing mad’ over the order in which they assemble breakfast items – such as cream and jam on scones.

Unsurprisingly, many were left in hysterics by the revelation – with people from other nationalities joking they could relate to the comments, while Brits struggled to provide an answer for the country’s traditions.

‘Thank you for this! I can def relate haha. It’s really cheered me up,’ wrote one Us-based woman, while a Brit admitted: ‘We don’t know why we do this either.’ 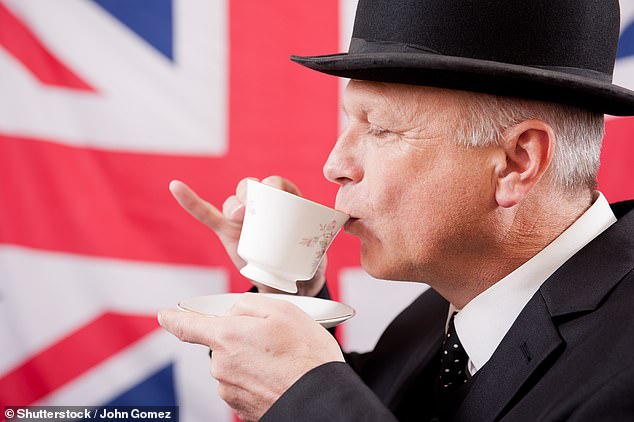 An American woman who has been living in the UK for 10 years has revealed the things she still thinks are ‘weird as hell.’ Pictured, stock image 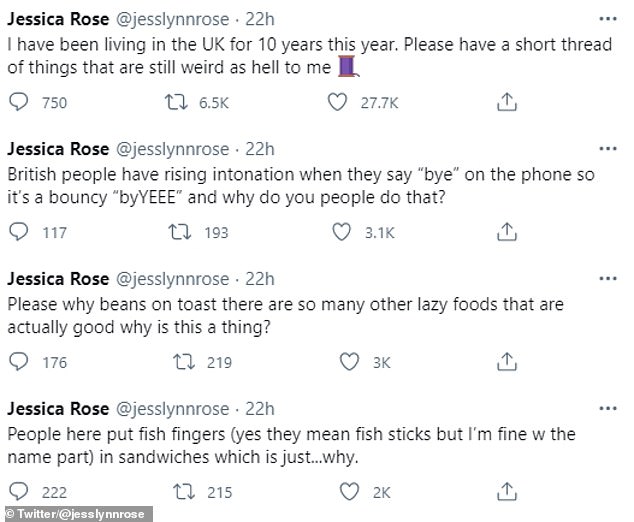 In the initial thread, Jessica didn’t hold back on her list of typically British antics – including why if there’s a mistake in a coffee shop, the customer will complain to everyone but the barista – who is the only person who can fix it.

‘If asked by those people will report that everything is fine,’ she added.

She also went on to question why people are persistent on heading to beaches which are comprised of ‘banks of stones by the water’ – where buying sticks of rock results in seagulls ‘fighting’ you.

Food was another common topic, with Jessica pondering why beans on toast is eaten as a ‘lazy food’ when there are so many other options, and why fish fingers – known to her as ‘fish sticks’ – are put in sandwiches.

She also pondered why candy shops sell candy which have ‘actively threatening names’ – before providing ‘acid drops’ as an example.

And bringing up the age-old debate of jam or cream first on scones, and milk first or last in tea, Jessica also struggled to comprehend why Brits argue about the order in which they assemble breakfast items – adding ‘it does not matter at all.’ 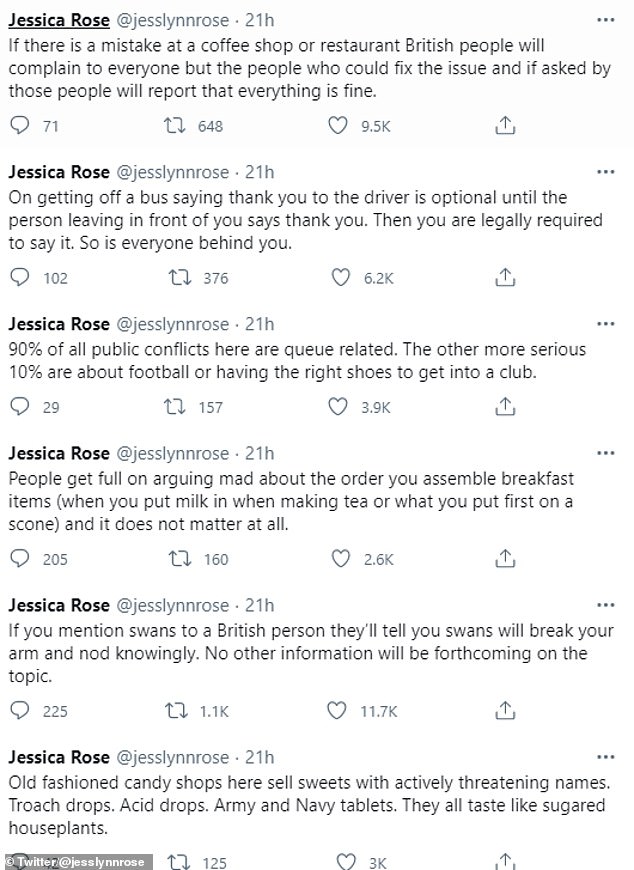 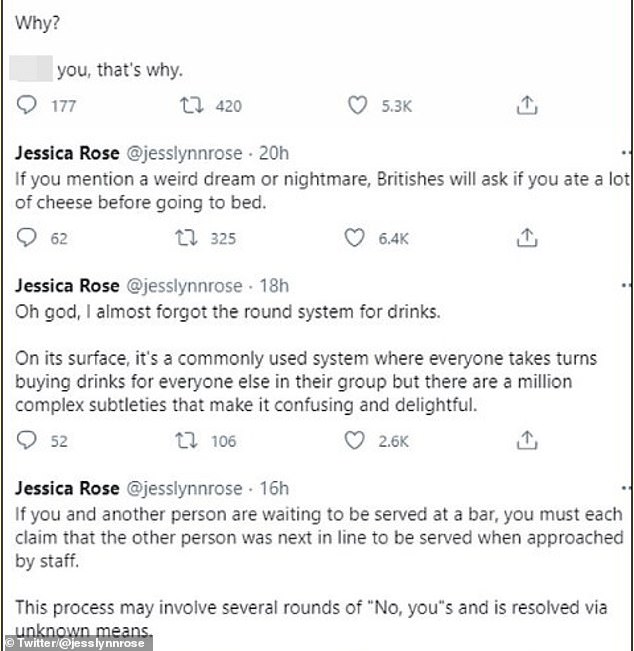 Meanwhile, many Brits struggled to provide Jessica with an answer as to why if someone has a nightmare, they’ll ask if they consumed a lot of cheese before going to bed.

Jessica also joked how she officially ‘gives up’ after learning that when Brits refer to ‘proms,’ they mean ‘outdoor classic music things’ – rather than a high-school dance.

Other elements which baffled Jessica was that Brits call their fanciest private schools public schools, and why people will warn you that ‘swans will break your arm’ – and yet offer no further explanation on the very subject.

And she wasn’t ready to sign off from her rant until she had discussed the ’round system for drinks.’

She explained: ‘If you and another person are waiting to be served at a bar, you must each claim that the other person was next in line to be served when approached by staff. This process may involve several rounds of “No, you”s and is resolved via unknown means.’ 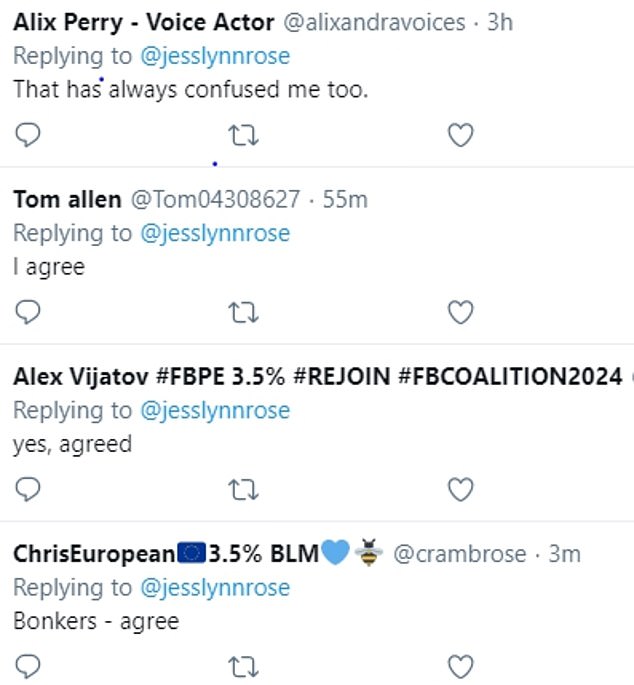 Courtney Love, 56, thanks NHS as she gets COVID-19 vaccine in London

Mother-of-three found drunk at wheel is cleared of wrongdoing