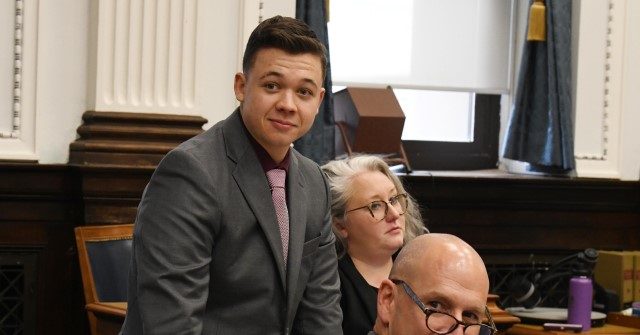 President Joe Biden could face a civil defamation suit from newly-acquitted Kyle Rittenhouse for calling him a “white supremacist” last year — without evidence, and before Biden was able to enjoy the immunities of presidential office.

Rittenhouse was, by then, a “public figure” for the purposes of defamation law, and would have to show that any defendant acted with “actual malice” — that is, with reckless disregard for the truth. He could arguably do so for Biden’s false statement.

When Biden made the now-infamous, and false, claim about Rittenhouse at the end of last September, more than a month had gone by since the Aug. 25, 2020 shootings for which Rittenhouse had been charged within days. Even then it was clear that no evidence existed to substantiate the media’s initial claim that he was a “white supremacist” — a claim his legal counsel at the time denied on Aug. 28, 2020, and reiterated in a subsequent interview with Breitbart News Sunday on SiriusXM Patriot 125.

Typically, presidents are immune from civil lawsuits for torts alleged to have taken place during their time in office. But as the infamous case of Paula Jones’s sexual harassment lawsuit against President Bill Clinton showed, presidents are not immune from suit for torts committed prior to their taking office. Biden could therefore be sued by Rittenhouse. While Rittenhouse has yet not said he will sue, his mother recently said explicitly that Biden had “defamed” her son — perhaps a sign of a lawsuit to come.

Rittenhouse’s acquittal will only add to the evidentiary ammunition — especially as prosecutors never once produced a shred of evidence during the trial that he had any white supremacist ties or racial motivations.

Before the verdict was delivered in Rittenhouse’s trial, Biden compounded the damage, with his press secretary referring to the defendant as a “vigilante.” And Biden has yet to apologize, instead saying he was “angry and concerned” by the verdict.

Joel B. Pollak is Senior Editor-at-Large at Breitbart News and the host of Breitbart News Sunday on Sirius XM Patriot on Sunday evenings from 7 p.m. to 10 p.m. ET (4 p.m. to 7 p.m. PT). He is the author of the recent e-book, Neither Free nor Fair: The 2020 U.S. Presidential Election. His recent book, RED NOVEMBER, tells the story of the 2020 Democratic presidential primary from a conservative perspective. He is a winner of the 2018 Robert Novak Journalism Alumni Fellowship. Follow him on Twitter at @joelpollak.