The safe way to treat a child’s nosebleed has been revealed in a shocking video from an Australian paramedic – and it’s the opposite of what most have been taught since childhood.

Contrary to widely held belief, the clip uploaded to Instagram by retired mother-of-two Nikki warns you should never pinch the bridge of the nose and tip the head back.

She says doing so will flood the stomach and lungs with blood, which can cause your little one to vomit or choke on the blood they have swallowed.

Instead, Nikki advises lightly pinching the nose and tilting the head slightly forward, holding the position until bleeding has stopped. 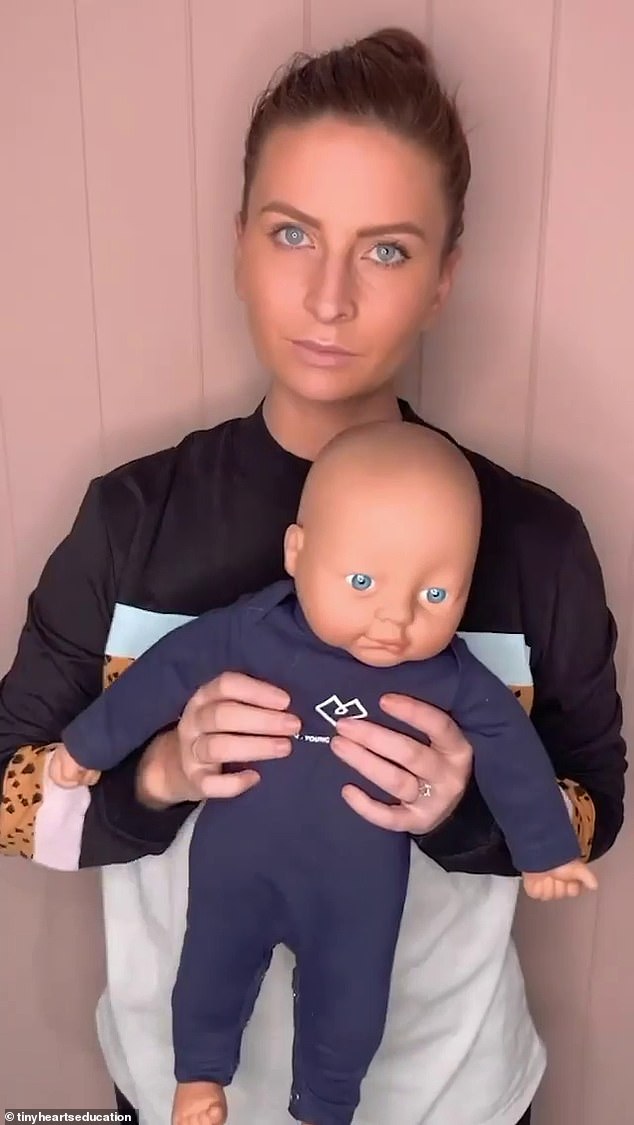 The warning has attracted almost 3,200 ‘likes’ and dozens of grateful responses since it was uploaded to the Instagram account Tiny Hearts Education on Tuesday.

‘So graphic but so helpful,’ one mother replied, while a second said: ‘Great tip.’

Many expressed shock, saying they have been treating nosebleeds wrong their entire lives.

‘I wish I knew this as a kid, or [that] my parents new. I used to get so many bloody noses and was always told to tilt back! The taste of blood in my throat was so awful, I still remember it,’ one woman wrote. 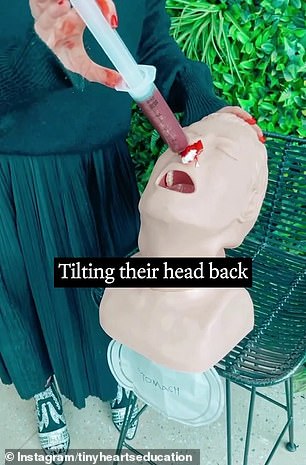 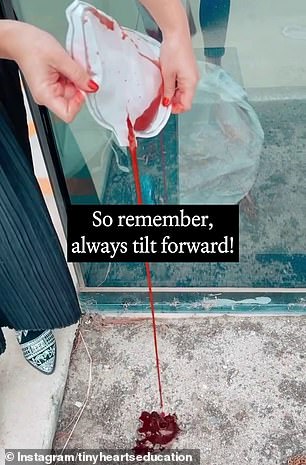 Contrary to widely held belief, tipping the head back (left) is the worst thing you can do because it floods the stomach and lungs with blood, causing children to vomit or choke; the best treatment involves pinching the nose and tilting the head forward until bleeding stops

Another added: ‘Wow I never knew this, my parents would always tip my head back and hold the top of my nose!’

Others thanked Nikki for sharing her expertise.

‘They always say backwards, I wonder why?! This makes so much more sense! Great to know,’ said one woman.

A second said her ‘whole childhood was filled’ with backwards head tilting to cure bloody noses, adding: ‘Glad we have the real info now!’

Germany BANS it for under-60s over unproven blood clot fears