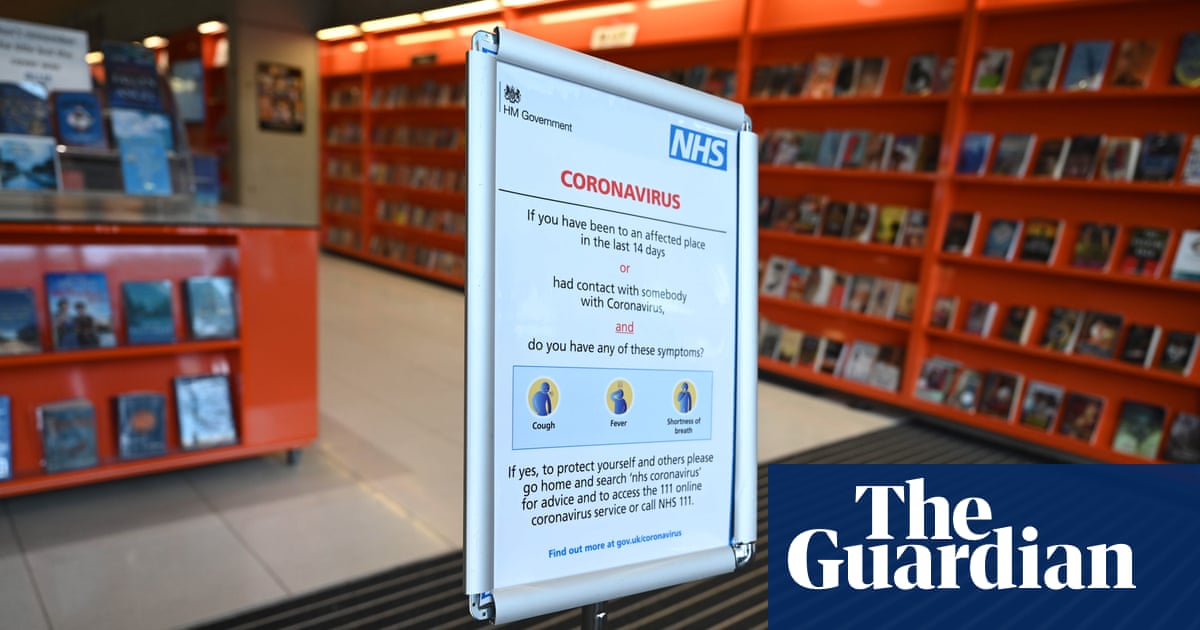 As libraries around England cautiously prepare to reopen from Saturday, experts are warning that local authority shortfalls could be the “canary in the coalmine” for a fresh wave of cuts to libraries across the country.

Last month, reports suggested that an almost £200m shortfall in funding in Leeds could see the city council forced to close all 34 of its libraries if the government does not approve emergency funding – though six branches will soon open for borrowing. In Peterborough, meanwhile, the not-for-profit trust that has run the city’s 10 libraries for the last decade has been hit by “a perfect financial storm” and has handed control back to the city’s council.

Councils have warned of a funding gap as big as £7.4bn, due to increased costs of services such as social care and a decrease in income, with one study finding that 131 English councils face bankruptcy or cuts because of the pandemic. On Thursday, the government pledged £500m in extra funding on top of the £3.2bn already provided.

Last year, official figures revealed that almost 800 libraries had closed since the implementation of austerity in 2010.

“We do think these current announcements could be the ‘canary in the coalmine’ for a fresh wave of austerity cuts to local services,” warned Nick Poole, chief executive of the librarians’ association Cilip.

The Library Campaign charity called on the government to take action immediately. “These danger signs must lead to action. Now,” said campaigners. “The Covid-19 lockdown has proved yet again that public libraries are flexible, quick to adapt – and very, very cheap to run.”

The Library Campaign points out that online ebook borrowing has “rocketed”, sometimes by up to 600%, during lockdown. “Libraries are more needed than ever as the lockdown loosens and people need trusted help in rebuilding their lives,” they warn.

According to Libraries Connected, 34 library authorities in England are planning to open on either 4 or 6 July. The British Library is set to open its reading rooms in London and West Yorkshire on 22 July.

Across England, staff are getting ready for a new sort of library visit, where there is only limited browsing, returned books will be quarantined for 72 hours, and definitely no rhyme time sessions for children. Branches are taking different approaches; some are offering a remote ordering or home delivery service only, while others are opening with with restrictions on opening hours and perspex screens to protect staff.

“Many are also adopting a phased approach, so perhaps opening their main or larger libraries first and then gradually reopening their smaller libraries over the summer,” said Libraries Connected marketing manager Marsha Lowe.

In Oldham, just the main library is set to open, with 11 smaller branches remaining closed for now. With seating, study and children’s areas all closed, there will be no browsing at all; visitors will be able to pick up “grab and go” preselected book packs for different age groups, and different genres. Returned titles will be quarantined for 72 hours.

“We’ve seen people walk up to the door and try and come in already over the last few weeks as we’ve been getting ready. We’ve been getting some lovely emails about how much the library has been helping them in lockdown and how much they miss it. I know people are desperate to bring their books back, to get new books to read to their children and themselves,” said manager Subnum Hariff-Khan.

Hariff-Khan said that bookings are already coming in for slots on the computers, with “customers largely saying they need it for job searches, and we’re really keen to support those people”.

“We are worried about some of our regulars who come in to use the space, rather than a transactional service – that we’ll have to turn people away and say it’s not available yet. That’s the challenge, we can’t do as much as we used to,” she said. “But we’re all quite positive about opening, as well as cautious.”

Across the whole of the UK, libraries in Scotland are set to reopen from 15 July, and in Northern Ireland from 20 July. In Wales, some libraries are already offering a click and collect service, but there are no plans to open before the next review of lockdown measures on 13 July.

Melbourne reports another 20 cases of coronavirus

England yet to embrace reopened restaurants and pubs, data suggests

US should shut down totally for another four to six weeks to save economy, senior Fed official says

US should shut down totally for another four to six weeks to save economy, senior Fed official says